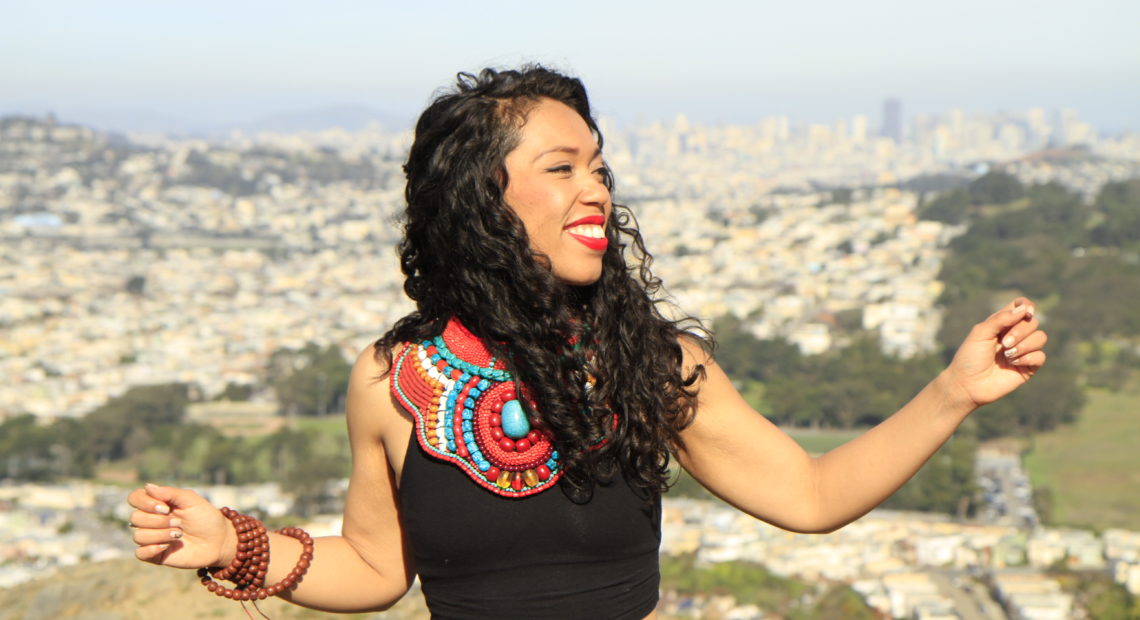 Aisha Fukushima has a story to tell about hip-hop and rap, but it’s not the only story there is.

“There’s a danger of a single story that gets accepted as truth, but there are many different stories about how hip-hop came to be,” Fukushima said.

Fukushima, a 2009 graduate of Whitman College in Walla Walla, returns May 19 to share this story and her world-wide journey as an artist and activist as Whitman’s 2019 commencement speaker.

“An image came to my mind of a cycle, of 10 years, and returning full circle,” Fukushima said of being asked to deliver a speech to the graduating class. “I’m excited, I’m curious. I’m coming in with an interest in their goals. I hopefully have a message that the next generation of leaders need to hear.”

In the decade since graduating from Whitman, Fukushima has traveled the world with RAPtivism, the organization she started that brings hip-hop performance together with global social justice work. RAPtivism has taken Fukushima and her collaborators to 20 countries across four continents. She says each visit yielded something special, either about the global nature of hip-hop or about individuals.

In the west African country of Senegal, Fukushima found “resonate pieces” of hip-hop and one reminder of the different stories told of the roots of hip-hop.

Fukushima relates of the people she met in Senegal. 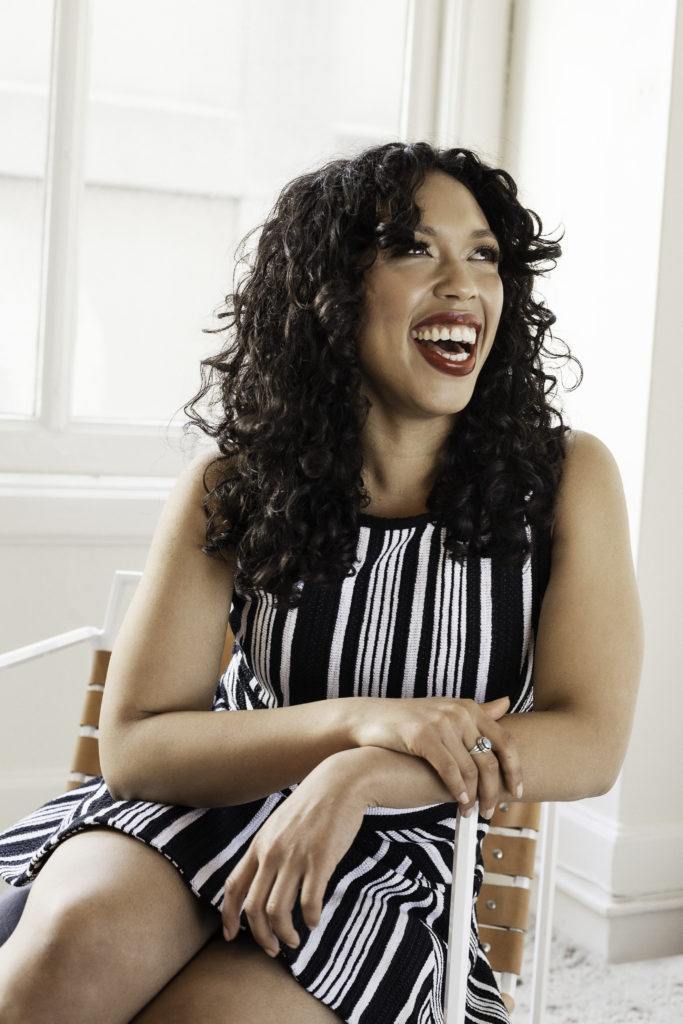 Returning as the 2019 commencement speaker, Whitman College alum Aisha Fukushima has traveled the world and the United States with a message of social change with her organization RAPtivism. CREDIT: Jen Lovely.

“Certain elements of hip-hop have monetized and amplified and those elements have not always been the positive one. But hip-hop can be a vehicle for social change.”

When doing freestyle rap — which Fukushima can do in multiple languages — in Kazakhstan, the people told her they’d been doing that for years, touching on everything from love to politics.

While Fukushima is a focal point, and the keynote speaker for Whitman’s graduation ceremonies, she is quick to acknowledge that her efforts do not belong to her alone.

“It’s bigger than any one person,” she said. “Part of my purpose is to work with people to to create a world that is more equitable and more sustainable. It’s not contingent on my own being.”

Doing so requires energy, and the Seattle-born activist said she has to “dig deeper than coffee” to find that energy.

“You can find joy in intense situations. Laughter is the best medicine in the midst of horrible things,” Fukushima said. “My grandmother used to talk about letting go of toxicity that isn’t yours.”

That advice guides her as she not only travels the world but also speaks and performs here in the U.S.

“I’ve been asked to be in the South and the Midwest more in the last year-and-a-half than ever before,” she said.

Fukushima said that every place, home and abroad, has new surprises for her and often similarities.

“It’s so intriguing how the narrative about a place is so different than what we are shown,” she said. “I get the same feeling of transformation in the U.S. Being in these historic places isn’t so detached from Nepal and Kathmandu. You can see the ways the systems of power and oppression are connected.”

And while it might seem that Fukushima is doing all the talking, she notes that taking time to listen, and to accept that you don’t know everything and might be wrong, is perhaps more important.

“I’m always doing my homework and listening when the time comes,” she said. “We have a deep fear of being called out or called wrong. You have to make sure others can have the floor and realize people learn in different ways.”

Fukushima still has places she wants to go. New Zealand, Indonesia and Madagascar are high on her list of places she’s yet to visit. But she still has Seattle and Walla Walla on her mind from her current homebase in Philadelphia.

“This is a ripe and tender time for change in the Pacific Northwest. I urge us to stay awake and keep imagining the change we want to see,” she said. “Now is not the time to slow down.” 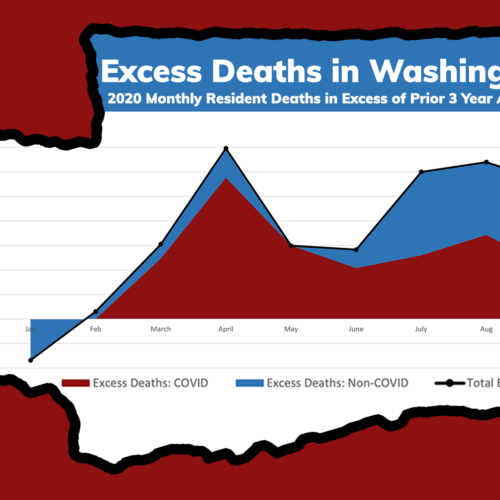 An online survey conducted out of Whitman College found more than half of Washingtonians say they have delayed medical visits this year. The findings underscore widespread concerns about disruptions to health care during the pandemic. Continue Reading More Than Half Of Washingtonians Surveyed Say They’ve Delayed Getting Health Care This Year

A proposal to remove the larger-than-life statues of pioneer missionary Marcus Whitman from the Washington state capitol and the U.S. Capitol drew angry responses during an initial legislative hearing in Olympia. Continue Reading Proposal To Replace Statues Of Northwest Pioneer Marcus Whitman Stokes Backlash In Olympia 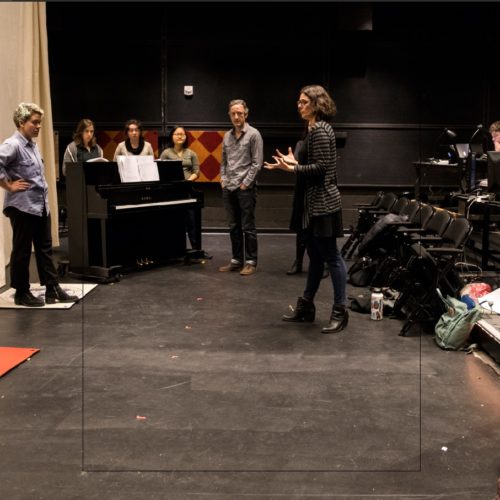 Whitman College’s Because You Are Here is community theater but not in the way we usually think of it. Performers in this production met with members of the Walla Walla community—particularly the migrant population—to learn their stories and bring them to life. Continue Reading Acting And Activism: Whitman College Play Explores Community Impact Of Immigration