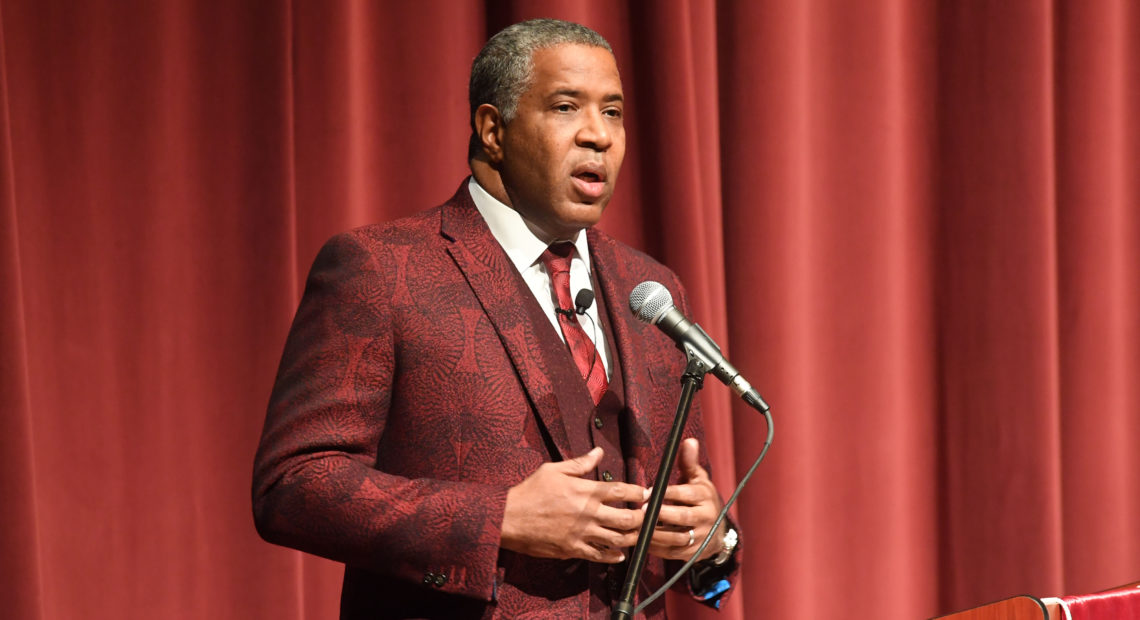 Smith, an entrepreneur and founder of the investment firm Vista Equity Partners, made the surprise announcement in front of roughly 400 students while delivering the college’s commencement address. Morehouse is an all-male historically black college located in Atlanta.

“On behalf of the eight generations of my family that have been in this country, we’re going to put a little fuel in your bus. This is my class, 2019. And my family is making a grant to eliminate their student loans,” Smith said. “I know my class will make sure they pay this forward … and let’s make sure every class has the same opportunity going forward because we are enough to take care of our own community.”

Among the members of this year’s graduating class was Kamal Medlock.

“When he said those words … all my classmates’ mouths dropped open. We were speechless,” Medlock said in an interview with NPR’s Michel Martin. “We were shocked.”

Medlock said he has about $80,000 in school loans between him and his mother. Smith’s pledge has already inspired him to think about ways to pay it forward, he said.

“He wants us to start to gift it, and I think that’s an amazing thing, because it really shows black men taking care of other black men,” Medlock said.

Smith had previously announced a $1.5 million gift to the school, and the additional pledge to pay off student loan debt for the class of 2019 is estimated to be $40 million.

According to Forbes magazine, Smith’s net worth is about $5 billion. He has given generously before, to Cornell University, one of his alma maters, and cancer research and the arts.

Smith is the first African American to sign the Giving Pledge, a campaign started by Bill and Melinda Gates and Warren Buffett that encourages the world’s wealthiest individuals to commit to dedicating the majority of their wealth to philanthropic causes.

In signing the pledge, Smith wrote, “Potential is no guarantee of progress. We will only grasp the staggering potential of our time if we create on ramps that empower ALL people to participate, regardless of background, country of origin, religious practice, gender, or color of skin.”

Smith continued, “My story would only be possible in America, and it is incumbent on all of us to pay this inheritance forward.”