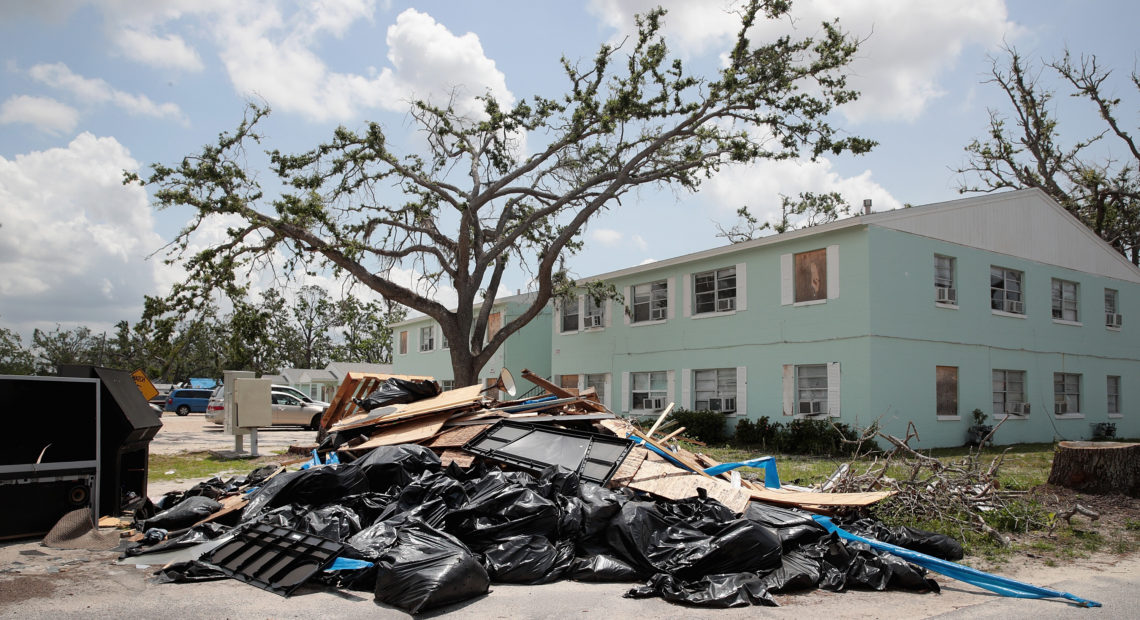 PHOTO: Debris is piled on May 10 outside an apartment complex that was damaged by Hurricane Michael in Panama City, Fla. Rep. Chip Roy objected to a procedural vote on a bipartisan $19.1 billion disaster aid bill, forcing Congress to wait until June to finish work on the legislation. CREDIT: Scott Olson/Getty Images

The Senate approved the measure Thursday 85-8 and House Democrats had hoped to rush the legislation through in a special session on Friday, skipping the regular voting process because lawmakers had already left town to begin a weeklong Memorial Day recess. The procedural vote required the consent of every House member, and Roy did not approve.

The Texas Republican objected to the bill because it “spends $19 billion of taxpayer money without members of Congress being present in our nation’s Capitol to vote on it.” He also said the package should include money for the Department of Homeland Security to address immigration issues at the southwest border.

Democrats expect to have enough votes to pass the legislation when Congress returns on June 3, but House Speaker Nancy Pelosi, D-Calif., called the intervention a “last-minute sabotage” of the bipartisan bill.

“Countless American families hit by devastating natural disasters across the country will now be denied the relief they urgently need,” Pelosi said in a statement. “Every House Republican needs to answer to the American people why they are standing in the way of urgently needed disaster relief for families struggling to heal and recover.”

The Senate reached an agreement on the legislation on Thursday after months of negotiations, including strong objections from President Trump over funding in the legislation for Puerto Rico.

The bill includes specific provisions to speed money to communities recovering from tornadoes, hurricanes, drought, volcanoes and other natural disasters. It earmarks $3 billion for farms, places that were hit by flooding in the South and Midwest; nearly $800 million for the Army Corps of Engineers for rebuilding and investigations; and more than $500 million for the Coast Guard.

The bill also includes $600 million in nutrition assistance for Puerto Rico and about $300 million for Community Development Block Grants for U.S. territory. The president had previously resisted sending additional money there, a stance that derailed talks on disaster funding in April.

Roy said the bill should also include money for federal agencies managing an influx of migrants arriving at the U.S. border with Mexico — a major priority for Trump.

The Senate decided not to include those funds because they proved too controversial and were holding up the broader agreement on disaster funding for communities hit by wildfires, tornadoes, drought, volcanoes and other natural events.

Trump said Thursday that he intended to support the legislation anyway.

Democrats plan to try again to use a procedural vote to pass the bill next Tuesday, but if Roy objects again, they plan to hold a full House vote on the bill when the House returns in early June after its Memorial Day break.