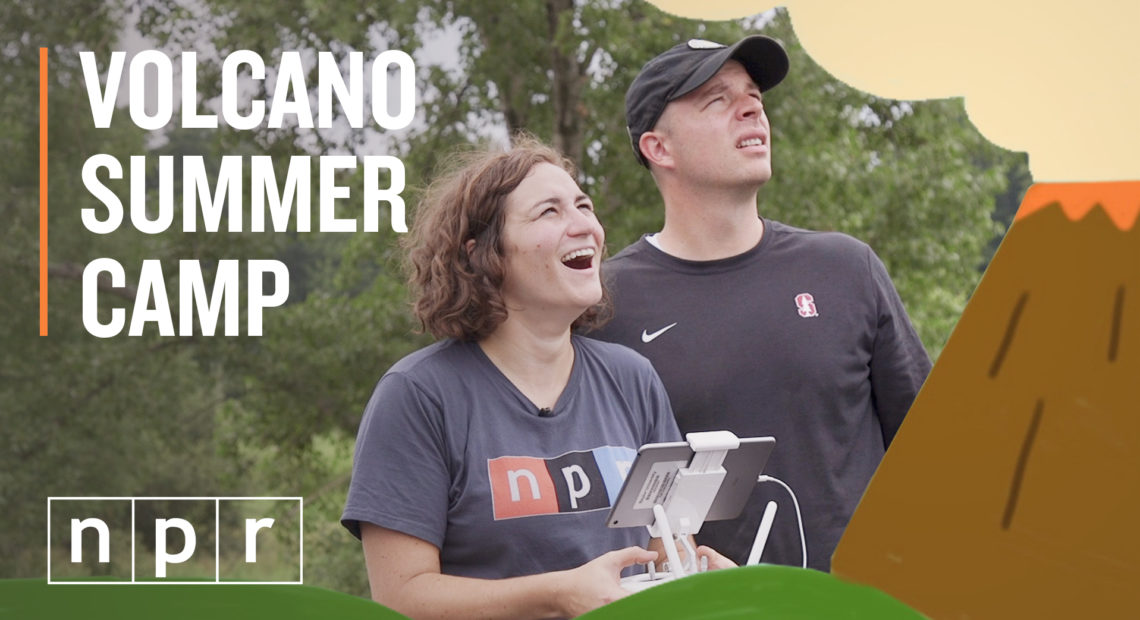 VIDEO: At Volcano Summer Camp, Safety Is A Blast

Volcanoes have been crucial to life on earth. Oozing lava helped form our planet’s land masses. Gases from volcanoes helped create our atmosphere. But despite the growing field of volcanology, there’s still a lot we don’t understand about volcanic eruptions.

That’s partly because volcanoes aren’t easy to study. Getting the right equipment into remote locations under unpredictable circumstances can be difficult. More important, studying active volcanos can be dangerous.

Which is why a group of 40 scientists and engineers from all over the world came together to simulate volcanic eruptions. We tagged along with them as they conducted their experiments at the University at Buffalo’s Geohazards Field Station, a former ballistics test site for military weapons in upstate New York.

Some scientists were there to study the sound released by the blasts, including sound waves below human hearing. Another group focused on tracking the debris that flew from the explosions. One group was dedicated to visually recording the simulation using high-speed infrared cameras, drones and 3D video.

Ultimately, the researchers wanted to get better at predicting volcanic behavior from a hazard perspective. For example, if scientists can accurately predict how much debris is going to fly from a volcano and in which direction, they can better predict how close people can live to a particular volcano and who might need to be evacuated in the event of an eruption.

“Any volcanologist’s motivation is ultimately to help us do better for future crises,” says volcanologist Alison Graettinger. She says that the time the researchers spend at the simulation will help prepare them for real-world scenarios. “Some of these teams are going to be deploying this same equipment at an active volcano,” Graettinger says. “And they are going to make sure their measurements are the best they can be because of their time here.”