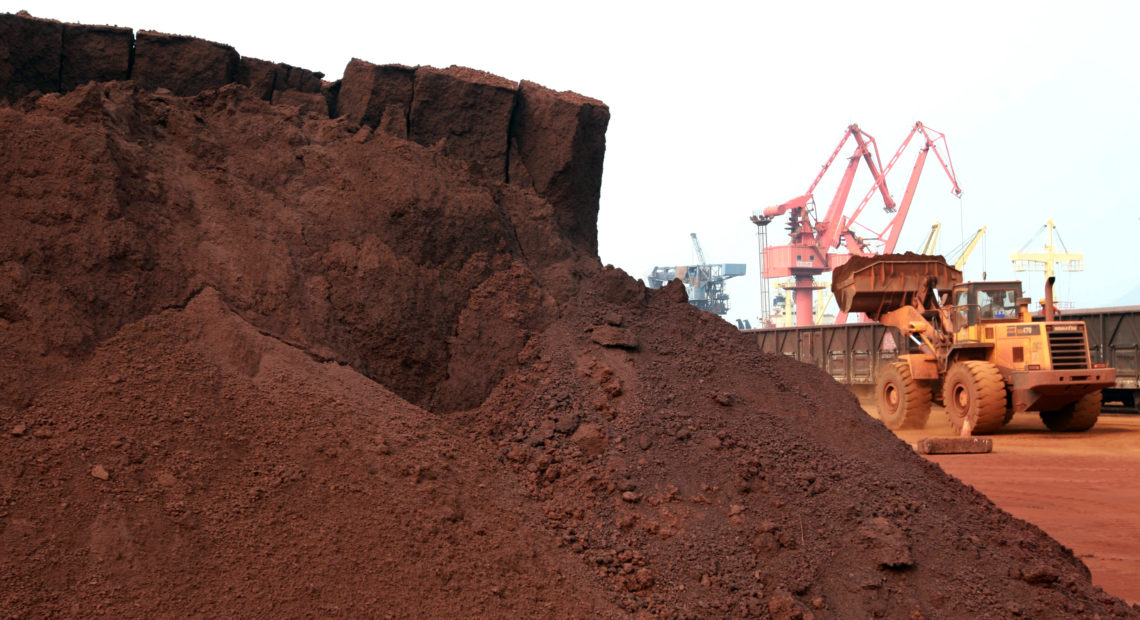 PHOTO: A worker in China shifts soil containing rare earth minerals intended for export in 2010. Rare earths are used in important technologies, and a commentary in China’s People’s Daily newspaper on Wednesday said the U.S. endangers its supply from China by waging a trade war. CREDIT: STR/AFP/Getty Images

China is ready to capitalize on its dominance as an exporter of rare earth minerals by cutting its exports to the U.S., Chinese media reported Wednesday.

Rare earths are a group of elements with unique properties that are used in cell phones, hybrid cars and cancer treatment. They also play an important role in U.S. defense, from computers to aircraft engines.

“Waging a trade war against China, the United States risks losing the supply of materials that are vital to sustaining its technological strength,” began a commentary published Wednesday in the Communist newspaper People’s Daily.

The threat from Chinese media comes after the Trump administration raised tariffs on Chinese imports and moved to blacklist Chinese telecommunications company Huawei from buying American technology. (It later issued the company a temporary general license.)

The People’s Daily said that the U.S. is trying to contain China’s technological advancements but that it has overlooked how intertwined the international supply chain has become. “China has plenty of cards to play,” it stated.

For years, China has led mining efforts of rare earth minerals, becoming the world’s largest producer because of its loose environmental restrictions and low processing costs.

A severe shortage of rare earths would likely mean that the Defense Department would get first dibs for national security purposes, Andrew Coflan, an analyst at Eurasia Group, tells NPR.

But he calls the threat from China “overblown,” more disruptive than existential and “mostly the result of domestic nationalistic media voices rather than a key tool in the toolkit in Beijing.”

He says the U.S. could potentially turn to itself, Australia, Brazil or even Russia as alternative sources of rare earths. The U.S. would also have to address a scarcity of post-mining processing facilities, because they are primarily in China.

Last year, the U.S. resumed domestic mining at its only facility, which had previously gone bankrupt. A mineral known as the main source of rare earths, bastnaesite, was mined in Mountain Pass, Calif.

“Rare earths aren’t actually all that rare,” Patrick Lozada, a director at Albright Stonebridge Group, tells NPR. “There would also be a negligible defense impact,” he says.

The U.S. military made up less than 5% of the country’s overall consumption of rare earth elements, according to a 2010 government report. It is unclear how much the military now consumes.

China can play a rare earths embargo card only once, both analysts say. The move backfired after the country banned the export of rare earths to Japan in 2010. The World Trade Organization later forced China to scrap its export quotas. China’s move also led to increased illegal production.

Coflan says the threat from China could bolster support for China hawks in Washington. “In many ways, this is something the hawkish voices in the White House are welcoming, because they have long warned against overdependence on China’s supply chain,” he says.

President Trump and Chinese President Xi Jinping are scheduled to meet in June at the G-20 summit.