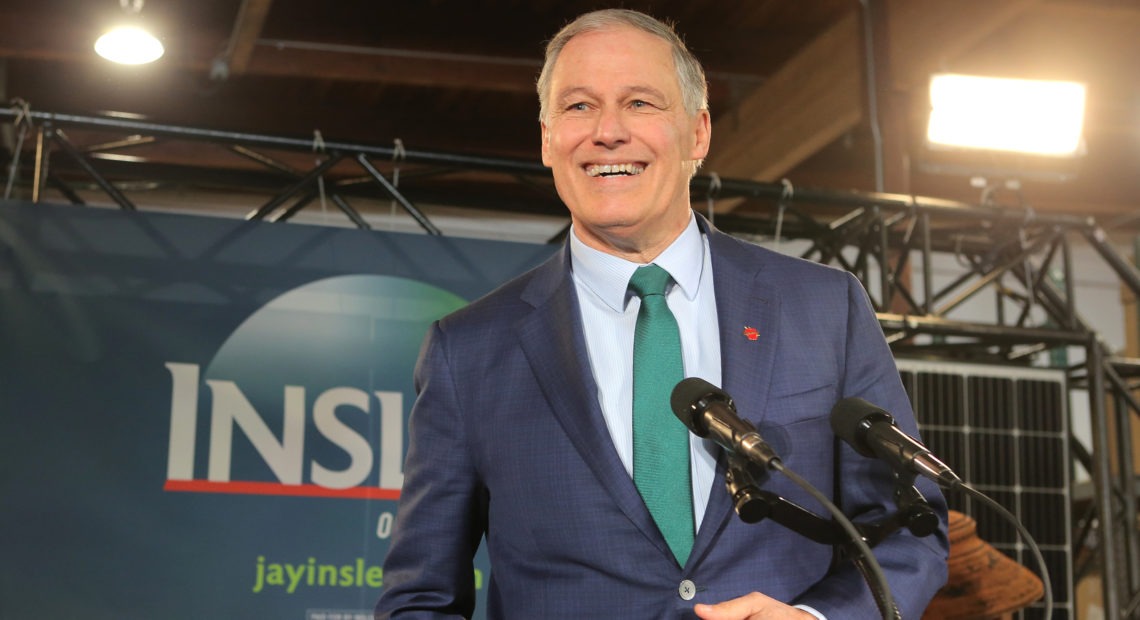 Washington Gov. Jay Inslee has not been shy about framing his candidacy to become the 2020 Democratic nominee for president around global climate change.

In his policy proposal he says that defeating climate change is the “defining challenge of our time,” and that it is incumbent upon the next president of the United States to make that challenge a priority.

“It does call for a president to make this Job 1, because if it is not Job 1, it won’t get done,” Inslee told NPR. “We have to understand if we don’t solve the climate crisis, it will prevent us from dealing with all of our other hopes and challenges.” 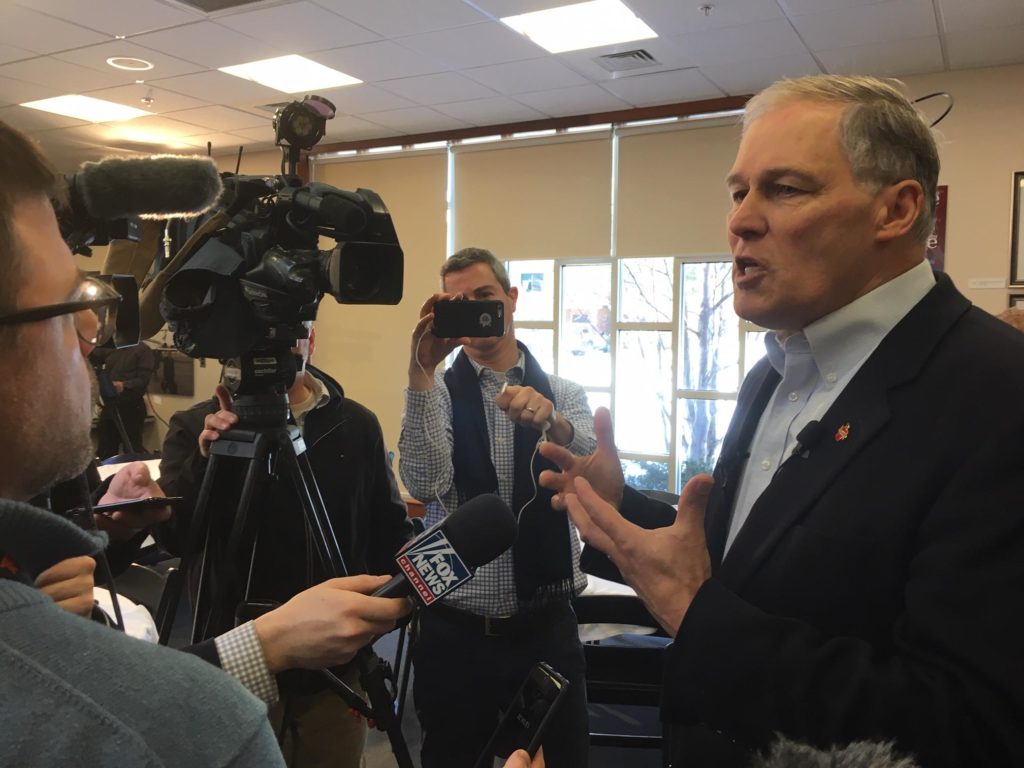 Inslee also pointed to his state as a model for how economic growth and progressive policies like fighting climate change do not need to be at odds with one another.

On why more people are paying attention to climate change

People are increasingly sympathetic because they’re understanding. They’re watching Paradise, Calif., burn to the ground; they’re watching the Midwest be inundated by floods; they’re watching Miami Beach having to spend taxpayer money building up the roads because of inundation, and it is the reality and the science that is convincing people rather than just rhetoric or ideology. …

This is the existential threat and it does call for a president to make this Job 1, because if it is not Job 1, it won’t get done. We have to understand if we don’t solve the climate crisis, it will prevent us from dealing with all of our other hopes and challenges.

There are multiple tools in the tool box [and] there are many policies that we can adopt. We’ve seen them work in other jurisdictions and other nations. And now we’ve put them in place in the state of Washington. And my state I believe is a template for success for the United States in our climate policies as well as all the other progressive things we have done.

On working with Republicans on climate change

The sad fact is [that] at the moment … we’re going to have to find a way to get this done without them, because right now we still have not seen the spirit of Teddy Roosevelt. We’re seeing the spirit of Mitch McConnell, who will kill any climate change bill in its cradle if he has a chance. And that means we have to get rid of the filibuster, we have to prevent Mitch McConnell from stopping climate change and we have to let majority vote — one person one vote — be the Democratic rule in the U.S. Senate.

On why he can defeat President Trump

(Editor’s note: This answer was cut from the final broadcast of this interview for time.)

I’m the only candidate that’s beat him 21 times. I’ve sued him 21 times and we’re 21 and 0 — it’s not a bad record to start from. It shows my understanding of both the value system and the Constitution and the law. And those are good foundations to stand on to defeat Donald Trump. And frankly I think I’m a good match for him, because he is a very pessimistic, fearful person and I project a view of confidence and optimism and the can-do spirit of America.

Look at clean energy … climate change is a template through which to look at this. He doesn’t think we’re smart enough to revolutionize our economy. He is too pessimistic about the capabilities of the American people. I think of the American people still having what we did when we went to the moon and we just need a spark of inspiration … and I think America is ready and willing and able to create a whole new clean energy economy if they have that spark and inspiration.