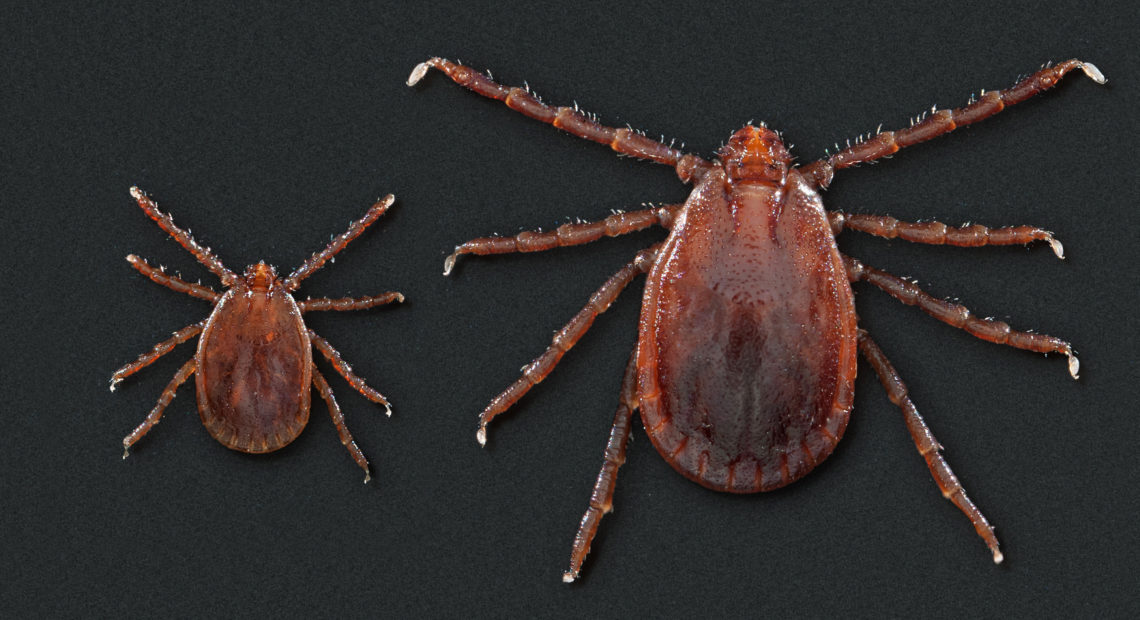 Don’t Get Too Ticked Off, But… There’s Another Tick-Borne Illness To Worry About

When a tick bores into your skin, anchoring itself for what can be a leisurely meal while often spreading germs, it isn’t just Lyme disease that you have to worry about.

Various kinds of ticks have been shown to carry at least 16 diseases in the U.S alone that can infect humans, according to the Centers for Disease Control and Prevention. Now add one more to the global list of ills that a tick bite can bring about, according to a study in the May 30 New England Journal of Medicine. 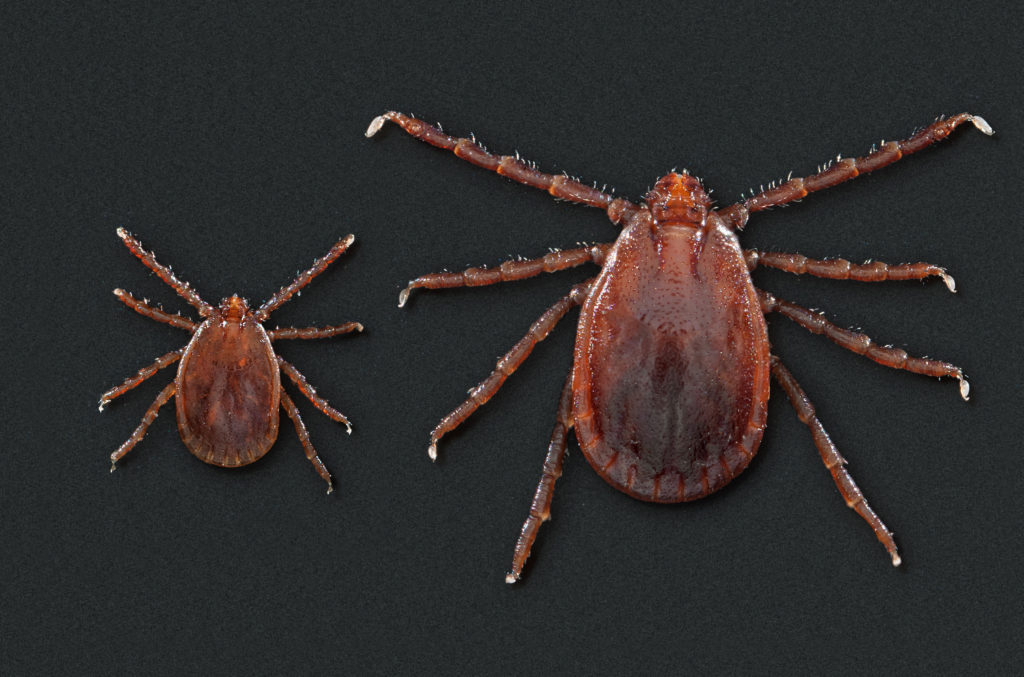 This photo depicts two Haemaphysalis longicornis ticks, commonly known as the longhorned tick. It has been linked to the spread of a hemorrhagic fever in China. The smaller of the two ticks on the left is a nymph. The larger tick is an adult female. CREDIT: Science Source

The study, identifying a new tick-borne disease, shows that we still don’t know how many more diseases ticks can carry. “We continue to discover new viruses,” says Dr. Bobbi Pritt, director of the Clinical Parasitology Laboratory and co-director of the Vector-Borne Disease Lab Services at Mayo Clinic. She was not involved in the study.

The newly discovered disease was found in Inner Mongolia, an autonomous region of China. In April 2017, a 42-year-old female farmer from the Mongolian town Alongshan went to a county hospital complaining of fever and headache. She had a history of tick bites. In searching for the cause of the patient’s fever, researchers ruled out the usual tick-borne diseases found in the area. Using genome sequencing, a process of determining the makeup of an organism’s DNA, they isolated a new disease-causing agent, which they called Alongshan virus, or ALSV, after the patient’s hometown.

Further testing found 86 additional patients in the same Inner Mongolia region who were infected with ALSV. “Neither permanent clinical complications nor death occurred among patients with confirmed infection,” wrote the authors, from various universities and laboratories in China, in the journal article.

The patients in the study had symptoms of headache and fever coming an average of three to seven days after a tick bite, according to an email response to questions from Quan Liu, an author of the study from the School of Life Sciences and Engineering at Foshan University in Foshan, China. They were treated with ribavirin, an antiviral, and benzylpenicillin sodium, an antibiotic, for three to five days, he wrote. “The symptoms usually resolved after six to eight days of treatment, and all patients had complete recovery.”

Diseases from a variety of ticks are seen around the world, but there are regional differences depending on the virus or bacteria carried by the ticks in the area. So far, ASLV has been found only in Inner Mongolia, in Ixodes persulcatus ticks, according to the study. It has also been found in mosquitoes in the same area, so researchers can’t be certain whether the patients got sick from a tick bite or a mosquito bite.

Like the victims of ASLV, most patients recover from the diseases caused by tick bites — although some tick-borne diseases can result in enduring joint pain, impaired muscle movements and fatigue.

Finding a new disease can only reinforce the need for people to take precautions to avoid tick bites.

In the U.S., where more than 59,000 cases of tick-borne diseases were reported in 2017, tick season is just beginning. “Once the snow melts, the ticks come out. Stay away from tall grasses and forested areas,” says Pritt. “If you go into those areas, wear protective clothing and use an insect repellent with DEET.”

The CDC also suggests treating clothing and camping gear with the repellent permethrin, walking in the center of paths to avoid brushing against plants and leaves, and bathing and checking your body for ticks after an outdoor excursion.

And if you do come down with a fever that isn’t easily explained or diagnosed, make sure you tell your physician about any travel or recent outdoor experiences, says Pritt.

“The overarching theme is the more we look at ticks, the more we find,” says Wendy Adams, research grant director, Bay Area Lyme Foundation, who was not involved in the study. “We find parasites, viruses, bacteria. We just found worms in ticks in New York.”

It means that when humans are bitten by ticks, there are many diseases and infections they can contract — even a disease carried by a parasite within a tick.

Susan Brink is a freelance writer who covers health and medicine. She is the author of The Fourth Trimester: Understanding, Protecting, and Nurturing an Infant through the First Three Months, and co-author of A Change of Heart.