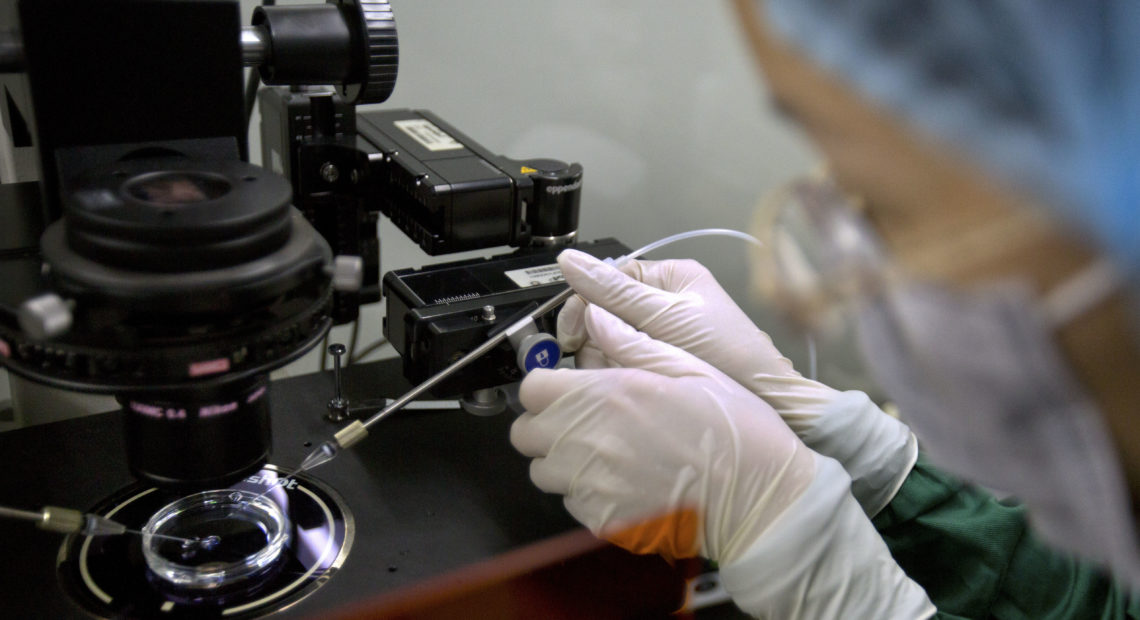 A congressional committee voted Tuesday to continue a federal ban on creating genetically modified babies in the United States.

The House Appropriations Committee voted to retain the ban after the prohibition had been lifted last month by a subcommittee. The vote was part of debate over routine funding legislation for the Food and Drug Administration.

“This is a prohibition that is accepted by nearly every nation in the world due to the unknown risks,” said Rep. Jeff Fortenberry, R-Neb., during a hearing where the ban was restored. “The risks of harm are real.” 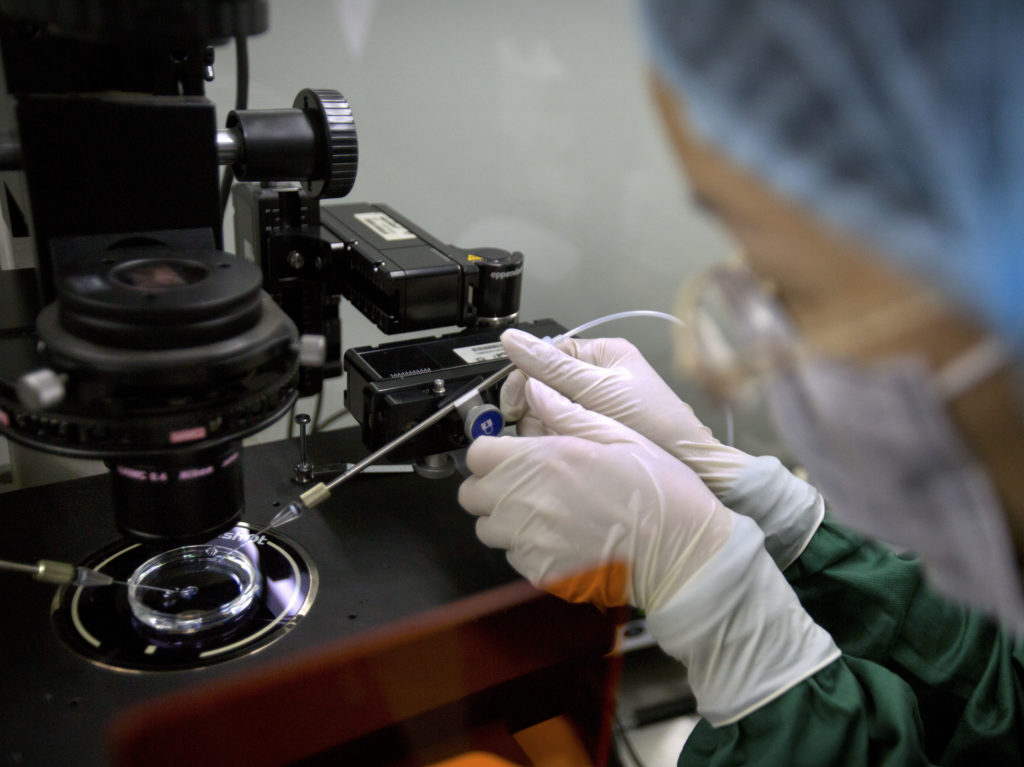 Some scientists oppose a prohibition on trying to use genetically modified embryos to create babies.
CREDIT: Mark Schiefelbein/AP

The ban prohibits the FDA from considering any proposals to try to use genetically modified embryos to try to establish pregnancies.

Some scientists oppose the ban because it bars them from conducting the studies necessary to determine whether it might one day be safe and effective to create genetically modified babies. The goal would be to prevent devastating genetic diseases.

During the hearing, several Democratic committee members said they were reluctantly agreeing to reinstate the ban but hoped the issue would be reconsidered at some point.

“I recognize the controversy surrounding the ethical and moral issues of genetically modifying human embryos,” said Rep. Sanford Bishop, D-Ga., who proposed lifting the ban. “There is certainly a case to be made for advancing lifesaving research. But there’s also a case to be made for the possible misuse of this procedure and a robust discussion is absolutely needed. That was what I was trying to achieve.”

“I believe there is a therapy that is prohibited by this language that could possibly address some devastating and terrible diseases of children,” he added.

But some continue to oppose the ban.

“This is not 2001: Space Odyssey or 1984 or a mad scientist playing games with genetic material,” said Rep. Debbie Wasserman Schultz, D-Fla., whose family carries genetic mutations that increase the risk for breast cancer. “There are real opportunities … to try to cut off the passing on of genetic mutations that can have dramatic life-altering implications.”

The prohibition, which was quietly attached to funding legislation in 2015, gained heightened attention after a Chinese scientist announced last fall that he had created the world’s first genetically modified babies, twin girls.

The Chinese scientist’s actions were widely condemned as unethical and irresponsible. While many scientists think the powerful gene-editing technique CRISPR he used might someday be able to prevent genetic diseases, most say it’s far too soon to know whether it would be safe.

In fact, a study released Monday indicated that the genetic change the Chinese scientist tried to edit into the DNA of the twin girls to protect them from the AIDS virus could actually shorten their life spans.

Still, some scientists and bioethicists have criticized the congressional ban because it was implemented with virtually no public debate and prohibits what could be invaluable scientific research.

“We are disappointed,” said Sean Tipton, chief advocacy, policy and development officer for the American Society for Reproductive Medicine. “To be clear, nobody’s going to go to work producing gene-edited babies if Congress lifted this ban. What they would be allowed to do is submit a carefully designed and evaluated research protocol.”

That would “allow the FDA to do the work it’s supposed to do, which is evaluate new techniques and new inventions to see if they’re safe and effective,” Tipton says. He called on the full House to remove the ban.

At least two groups of scientists in the United States would like to study the procedure that originally prompted the ban. That procedure, known as mitochondrial replacement therapy, involves creating embryos with the DNA of three different people, leading to what are known as “three-parent babies.”

That procedure, which is being offered in other countries, is highly controversial. But many U.S. scientists say it should be studied to see whether it might safely prevent a range of mitochondrial diseases with genetic causes. Such research is underway in Britain.

“Thousands of people are affected by mitochondrial disease around the world, and even more could benefit from this technique to treat infertility,” says Shoukhrat Mitalipov of the Oregon Health & Science University in Portland. “We’re ready to move to the next step, to provide an avenue for parents who are eager to have a healthy child. So it’s unfortunate that the existing congressional rider means that the FDA is unable to oversee clinical trials, even as desperate families find their way to countries with much less rigorous oversight than the U.S.”

But others worry lifting the ban would open the door to scientists rushing ahead too quickly.

“It would be irresponsible for us to fund FDA’s review of this very risky research,” Rep. Kay Granger, R-Texas, said during the hearing.

“There are just too many unknowns,” agreed Rep. Robert Aderholt, R-Ala. “Many of us believe it’s just a step too far too soon.”

Others fear the research could lead to the creation of gene-edited babies for many reasons. That includes the creation of “designer babies,” in which parents pick and choose the traits of their children.

“There is no compelling medical argument for heritable genome editing, and no need to subject our children to the risks it would entail, because we already have ways to prevent transmission of inheritable disease,” says Marcy Darnovsky, who runs the Center for Genetics and Society.

“We need to weigh the societal risks of opening the door to those who aim to genetically ‘enhance’ children,” Darnovsky says. “This is especially concerning in the U.S. context of commercial incentives and lack of regulation in the fertility industry.”