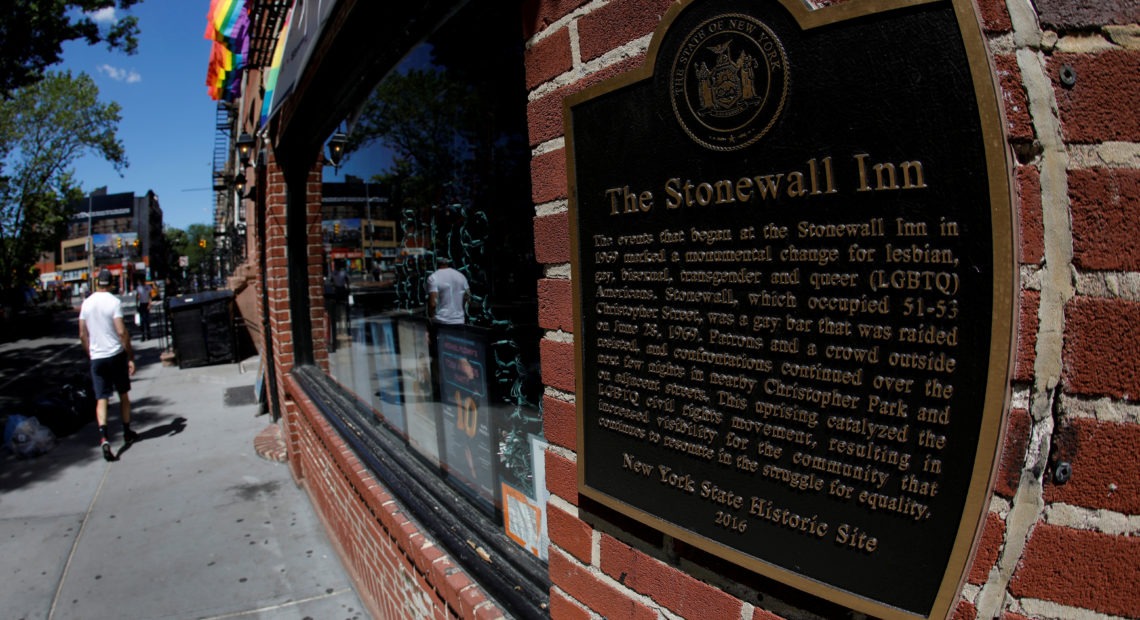 Just about 50 years after New York police clashed with gay-rights activists at the Stonewall Inn, the city’s police commissioner, James O’Neill, has apologized for the department’s raid on that tumultuous night in 1969.

Department officials had expressed regret about the aggressive crackdown in the past, but they had never gone so far as to apologize for the raid, until now.

“The actions taken by the NYPD were wrong, plain and simple,” said O’Neill at police headquarters on Thursday. “The actions and the laws were discriminatory and oppressive, and for that, I apologize.”

O’Neill had been under pressure by activists and local officials to make an official apology as New York prepares to host World Pride, an event commemorating the 50th anniversary of Stonewall. 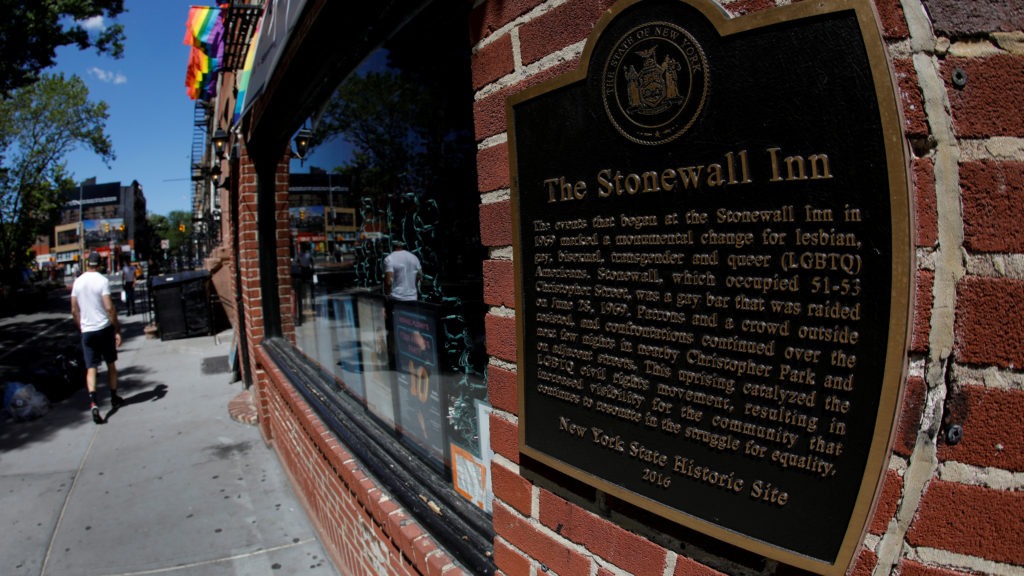 A man walks past New York’s Stonewall Inn, site of the 1969 uprising considered the birth of the LGBTQ movement.
CREDIT: Mike Segar/Reuters

“It was very emotional and moving,” said New York City Councilman Corey Johnson, who is gay and had called on O’Neill to apologize. “It is a big moment in having further healing and reconciliation.”

Before the police stormed Stonewall, it had long been the scene of police harassment, but just after 1 a.m. on June 28, 1969, police descended on the bar in hopes of closing it down for good. They began roughing up people, pushing people against walls, searching them and hurling insults. And in response, patrons lashed out. They shoved back at police, tossed stones and bottles and did everything they could to resist until police retreated, according to NPR interviews with raid witnesses.

“Almost overnight, an incredible number of new gay and lesbian organizations were established—by some counts rising from 50-60 groups before the uprising to more than 1,500 a year later,” according to New York’s Landmark Preservation Commission.

The Stonewall riots happened in a decidedly different era. Leading psychologists viewed homosexuality as a mental disorder and people were routinely arrested for cross-dressing or showing affection. Bars like the Stonewall Inn often operated unlicensed and in the shadows.

The infamous clash with police has long been a painful chapter in the gay-rights movement, even as laws and society have extended greater protections to the LGBTQ community. And so, to gay-rights activists, the police commissioner’s apology on Thursday was long overdue.

“It took 50 years to get an apology for this? It’s just amazing. It’s unfathomable to me,” Mark Segal, a gay activist and journalist who was at the Stonewall Inn during the raid, said in an interview with NPR.

Police participate in and help secure the annual gay-rights parade remembering Stonewall, though the lack of a formal apology from the department over the 1969 raid had remained a point of tension.

Hopefully, Segal said, the law enforcement mea culpa, a rare occurrence, especially over an incident that happened nearly a half-century ago, can work toward dissipating some of the lingering discontent.

“This means a lot to LGBT youth,” Segal said. “Some of them want to go into law enforcement, and this can make them feel welcome.”

James Fallarino, a spokesman for NYC Pride, which produces the annual parade, said while the statement will not undo decades of discrimination that the LGBTQ community has suffered, the apology from law enforcement is a significant development.

The LGBTQ community will “continue to demand better treatment by and improving relationships with the NYPD and other branches of law enforcement,” Fallarino said in a statement. “That relationship has reached a turning point, and we hope that this gesture will allow for even more dialogue moving forward.”

Millions of people from around the world are expected to be in New York for this year’s World Pride events commemorating the 50th anniversary of the Stonewall riots.

And while Segal said O’Neill’s apology will help work toward closure, he is calling on O’Neill to appear during the June 30 pride parade and apologize in person, something O’Neill has not committed to.

“We’re all going to be there; come on over and say hello to us, apologize face to face,” Segal said. “That would mean something to us.”

June marks the beginning of a summerlong celebration in which LGBTQ members and advocates across the country will hold events and march in parades.

Segal said O’Neill’s statement could inspire police departments in other cities that may have similar strained histories to reevaluate their relationship with the LGBTQ communities in their cities “and realize that if the commissioner in New York can make an apology after 50 years,” he said, “maybe they can do a little better on their end.”