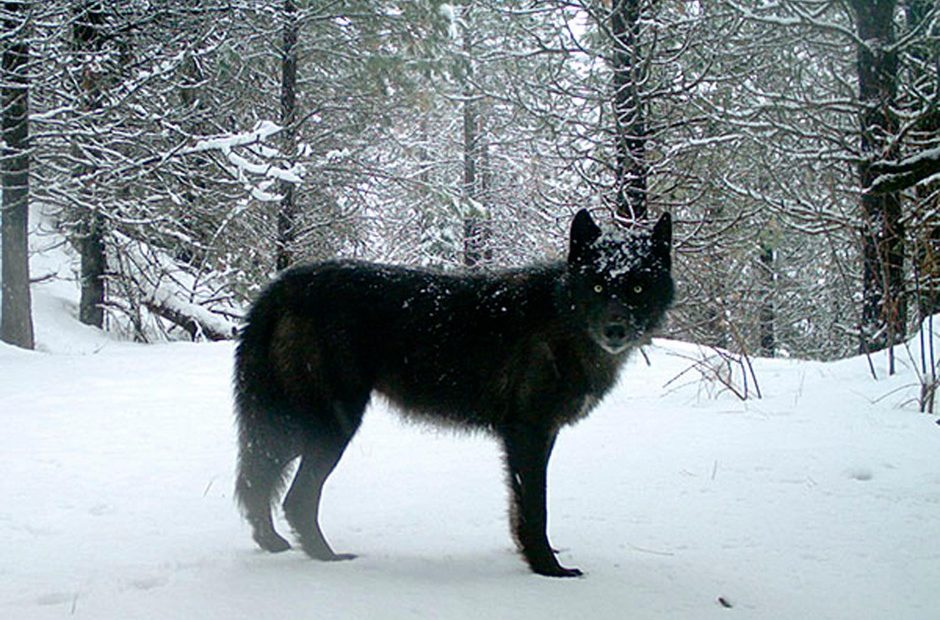 Oregon fish and wildlife commissioners approved a new management plan Friday for gray wolves, a long-awaited document that sets protocols for potential hunts and new thresholds for when the agency may kill wolves after attacks on cattle and sheep.

The Fish and Wildlife Commission vote sets the course for how the state will handle a wolf population that has increased in both numbers and territory over the past decade. That’s excited animal advocates while leading to financial losses for ranchers, who have increasingly felt the need for lethal tactics to protect their livestock.

Oregon initially adopted a wolf plan in 2005. Now the state plan is poised to take on increased importance if the federal government completes its effort to remove Endangered Species Act protections for wolves in the lower 48 states.

There are now at least 137 wolves in Oregon, according to biologists’ latest count, and they have populated the Wallowas in state’s northeastern corner, found a home in the forests of Mount Hood and roamed as far as the southern Oregon coast. That’s after a few wolves first wandered in a decade ago following recovery efforts in neighboring states.

“For someone like me, who has looked forward to seeing wolves living free on our landscape, it’s time to celebrate,” commissioner Holly Akenson told a crowded hearing room in Salem. Akenson, a wildlife biologist who has studied wolves, lives in Wallowa County, the heart of wolf territory.

There was little celebration in the nine-hour affair, however, as ranchers and environmentalists took turns giving impassioned testimony and commissioners attempted rewriting key portions of the plan on the fly.

At one point, commissioner Mary Wahl expressed concerns that they were moving too quickly on complex changes to wolf policy, particularly involving issues of controlled wolf hunts.

“I’m not sure at the end of the day I’ll be able to explain what we just did,” she cautioned fellow commissioners. “This should be simpler.”

In the end, they changed little of the plan drafted by agency staff.  Ranchers and hunters mostly supported a plan that environmentalists rejected wholesale, even withdrawing from policy negotiations in the months leading up to Friday’s vote.

The commission approved the plan 6-1, with commissioner Greg Wolley in opposition.

The most notable change came on a 4-3 vote approving a new definition of “chronic” livestock depredation. That’s the point at which the Oregon Department of Fish and Wildlife has discretion to kill wolves shown to be attacking cattle, sheep or other livestock.

Two attacks in nine months is a more stringent requirement than currently exists for triggering a kill order — or authorization of “lethal control” of a wolf pack, as state officials refer to it. There was previously no time limit.. But it is looser than environmental advocates wanted. Multiple commissioners favored a higher threshold to three attacks, but after lengthy discussion a vote on the subject failed.

Commissioners voted to allow for future hunting of wolves, which they intend to use to address ongoing problems with livestock attacks or to achieve population goals for deer and elk. Those would only happen under special permits to be issued by the commissioners, under separate rulemaking. The idea of future wolf hunts dates to the original 2005 plan, and was thoroughly debated by commissioners now that the wolf population has reached a point where hunting appears a less-distant reality.

While ranchers spoke in support of the plan overall, they advocated several changes that commissioners did not bring to a vote.

“All of the economic burdens of wolves are born by ranchers. We suffer killed animals, weight loss, reproductive failure, and have the burden of labor and responsibility and the cost of nonlethal controls,” Douglas County rancher Veril Nelson told them.

Nelson, representing the Oregon Cattlemen’s Association, said he wanted a plan that was less protective of wolves in order to ensure ranching remained economically viable.

“The bar is set so high for wolf kills, only a small percentage of wolf kills are actually confirmed,” he said.

The Cattlemen’s Association and the Oregon Farm Bureau asked for local control over investigations into livestock deaths. For years they have argued that too much time passes, allowing evidence to degrade before state biologists are able to weigh in on whether wolves were responsible. They also want increased collaring of wolves to better know how many there are and where they are.

They said they felt the process was predetermined. They claimed the thresholds for lethal control had no basis in science and that the plan was entirely too lacking in nonlethal preventative measures.

“A bigger underlying problem we have is with ODFW’s approach with wolf conservation, which has been to address conflicts by killing wolves after depredation has occurred rather than focusing on preventing conflicts in the first place,” said Sristi Kamal, senior Northwest representative for Defenders of Wildlife.  “We do not want dead livestock anymore than the livestock industry does.”

Commissioners did consider establishing a pilot program to expand non-lethal ranching techniques in an attempt to prevent wolf attacks. This came at the suggestion of Defenders of Wildlife, who implemented such a program with Idaho sheep farmers and achieved fewer livestock losses than in areas where lethal control