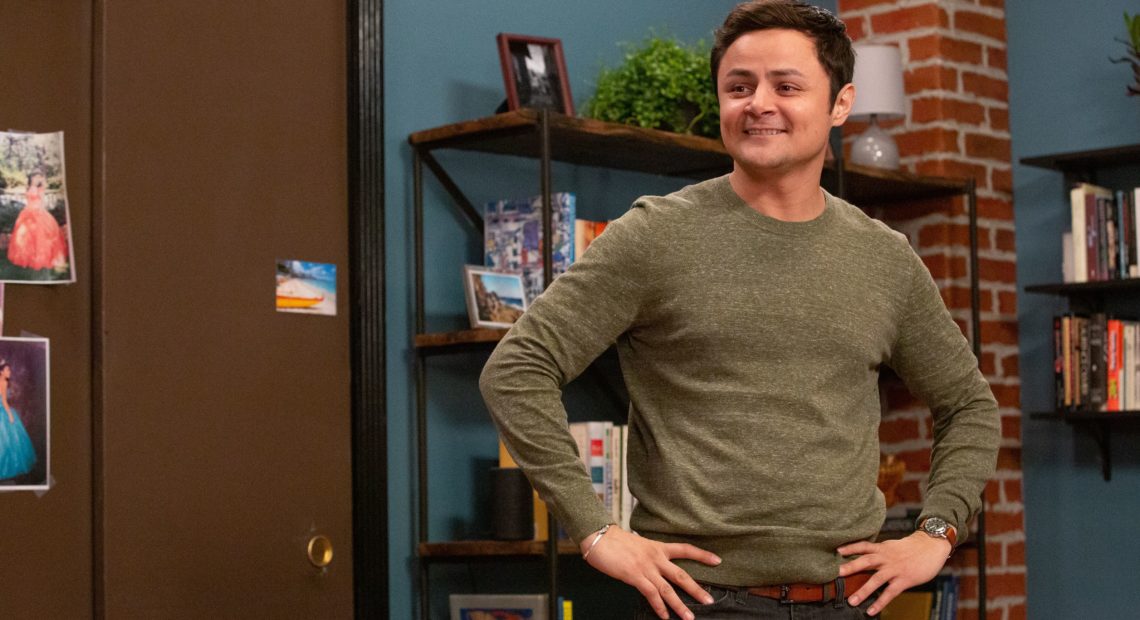 PHOTO: “I’m a boring human being that just happens to have amazing writers to make me look really interesting on television,” says Arturo Castro, creator and star of Alternatino. CREDIT: Cara Howe/Comedy Central

Arturo Castro moved to the U.S. from Guatemala just before he turned 20 but — before you make any assumptions — he doesn’t like spicy food and he isn’t good at salsa dancing. “I just have a weak stomach and weak ankles,” he explains. He’s never tried Ayahuasca. He’s never met a shaman. (“I feel really left out — most white women in Beverly Hills have met way more shamans than I have,” he says.)

Castro says he’s “sort of an alternative version of a Latino,” which brings us to the title of his Comedy Central series Alternatino — a play on the Spanish word for “alternate.”

The sketch comedy show pokes fun at the assumptions supposedly woke white people have about Latinx people — “They love rolling the Rs in Arrrturrro,” he says. “I’m like, I have never said my name like that once in my life” — and it also touches on serious subjects, such as migrant children being separated from their families at the U.S. border.

Castro has appeared on the comedy Broad City and the Netflix drama Narcos and — though he says he’s proud of every role he’s played — he’s tired of the limited roles available to him and other Latinx actors.

“We’re mostly sidekick positions … or our ethnicity or immigration status is a big part of the narrative,” he says. Castro just wanted to play a boring, slightly neurotic guy who happened to be Latino — in other words, he wanted to play himself.

Castro hopes there will be many future seasons of Alternatino, and he also has a romantic comedy and a psychological thriller in the works. “I believe talent is like a muscle and I want to see how far I can stretch it,” he says.

On who he hopes will watch the show

I hope it’s everybody. … I really want people to know: You don’t have to be Latin in order to enjoy the show. It’s not a fist-shaking sort of show — I find certain things absurd, but I find them absurd from a human level not like a Latino level, you know? …

I hope everybody knows that they’re invited to the party. If you happen to be Latin you might find an extra wink in there, or two, that you might relate to.

On white people trying to “relate” to him at parties

People mean really well, but they’re like, “So you’re from Guatemala, that’s so crazy. You know my father went to Colombia in the ’90s. I mean isn’t that crazy?” … People are just trying to find ways to relate to you. I hear about people’s woke trips to Costa Rica a lot. Or Tulum.

When you come from a developing nation people really want to push the poverty angle on you. … Like: “Tell me what it’s like growing up in the streets of Guatemala.” I’m like, “Well, I don’t know, like, I used to ride over them on my bicycle. There were some potholes.” …

I don’t think when you’re foreign you’re allowed to be boring. You know what I’m saying? Like, your story has to be somehow unique. … The show is not boring in and of itself, but the character is just sort of like a simple guy that didn’t consider himself to be any different than anybody else until he moved here.

My whole point of it is like: If you support this policy [of detaining children separately from their parents at the border] then what you’re saying is that children are animals, right? They should be treated like animals. So I was like, well, let’s look at it further: These children are free range, no antibiotics — even if they’re sick — grass-fed diet. … And I’m dressed as a blond, blue-eyed ICE agent … (I had like the white make-up and wardrobe and my head writer was like: “I don’t know why, but I just want to give you a raise, man. … I just feel like I’d trust you more.”) …

This sketch was one that was particularly close to my heart because I was never a very political person until this child family separation started. … About 10% of the whole show is political, but it would be irresponsible to have a platform and not talk about certain things that affect people that look like me. …

I could never have anticipated that we’d be living through this political time when I started this [show] in 2015. … But it’s happening, and we’re here, and so it would be ill-advised for me to ignore it.

On finding material for the show in his own life

It makes certain people wary … [on] dates they’ll be like: “Am I going to be a sketch one day?” … I find myself constantly looking for things that I find peculiar in human behavior. I come from a family of psychiatrists and so my family and I always discuss around the dinner table subtext, you know, subconscious, and I find human interaction fascinating. So when you have the privilege of having a show, you get to sort of play with these interactions. … I mean, this conversation will definitely be a sketch, for sure.

With [playing a drug dealer on] Narcos, I justify to myself: it’s a historical tale. It was sort of a warning shot across the bow to anybody that wants to get into the drug business: Nobody winds up well. There’s no story about a happy ever after for a drug dealer.

But yeah, I wanted to acknowledge it: To just let my audience know that I’m aware of it, and that I’m willing to laugh about it, and I’m willing to play with those tropes.

On wanting to be a part of a Latin renaissance

I think the Latin community doesn’t realize the power that they wield — that we wield. … The older guard was like: “Just keep your head down, do the work, don’t cause any waves.” But I think the newer generation is starting to wake up to the fact that we have way more similarities than we do things that separate us. And so if we can become at least a small version of a united front we can affect actual change — not just in this country, but in the world.