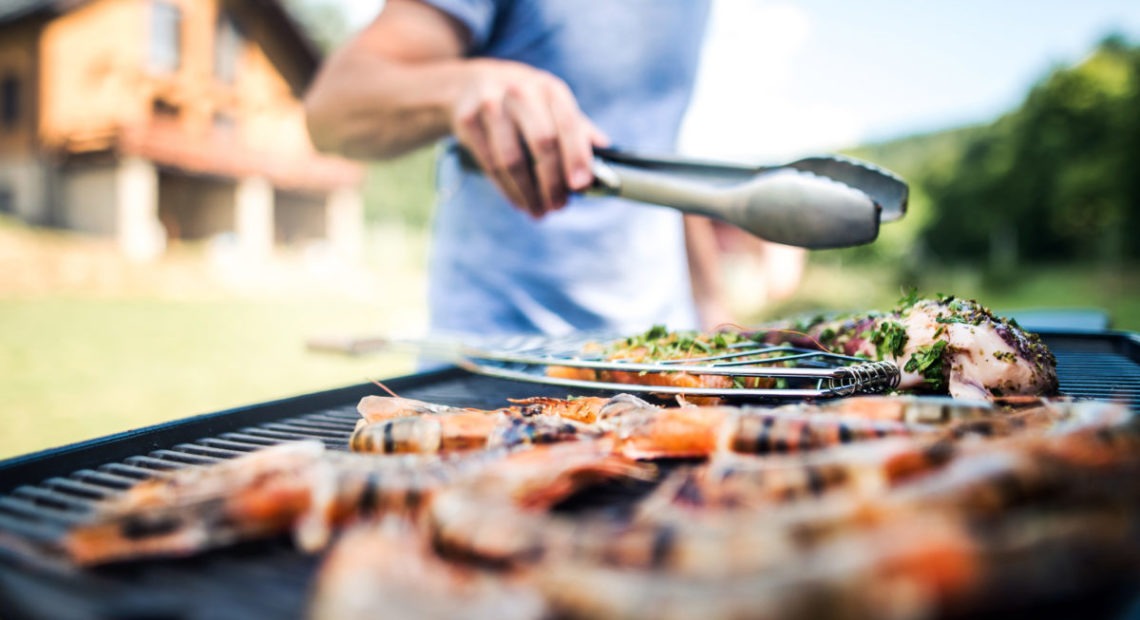 5 Ways To Avoid Food Poisoning From Your Summer Barbecue

Summer is the season when people gather to grill while basking in the sun and each other’s company. But those picnics can go from fun frolic to a trip to the hospital if revelers are careless in the kitchen.

As many as 50 million Americans annually suffer from food poisoning after eating something that wasn’t handled or cooked properly. Among those, about 130,000 people are hospitalized, and 3,000 people die from foodborne illnesses.

Though the problem may seem unpredictable, it’s entirely preventable. Steer clear of gastrointestinal fireworks during your summer festivities with these tips from food safety experts.

Famed chef Julia Child understood chicken better than most, but she was off-the-mark about one thing: Her tip on washing meat before cooking. It may feel reckless to skip bathing chicken thighs in the kitchen sink before you throw them on the grill, but fear not — science is with you. In fact, the Centers for Disease Control and Prevention adamantly says you “should not wash raw poultry or meat before cooking it.” 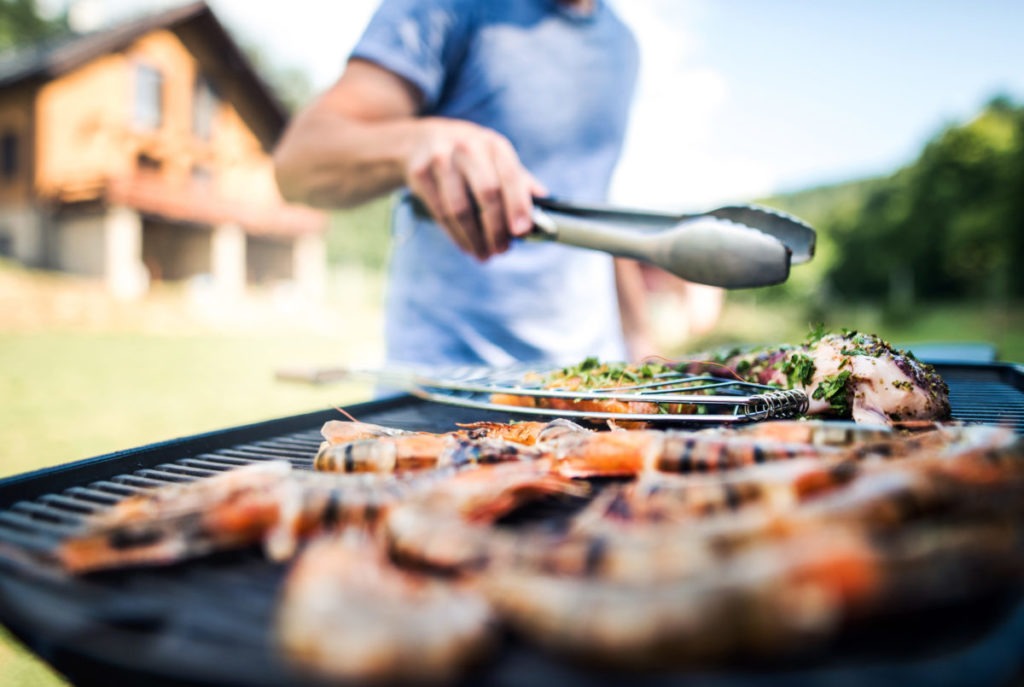 You can still enjoy a pink hamburger, but a thermometer is your best ally on the grill and in the kitchen. CREDIT: Adobe Stock Images

“Washing raw poultry or meat can spread bacteria to other foods, utensils, and surfaces, and does not prevent illness,” according to the CDC, in a statement emailed to the PBS NewsHour.

What’s the harm in a quick rinse? One kind of bacteria linked to mishandled chicken is Salmonella, which incubates between a few hours to a few days after exposure. Symptoms for Salmonella infection include nausea, vomiting, cramping abdomen, diarrhea, fever, headache and bloody stool. If the infection spreads beyond your intestines, the Mayo Clinic warns, the illness could be dangerous, even fatal.

You do need clean something, though. Wash your hands with soap for at least 20 seconds before and after handling raw meat.

Don’t Cut Corners On Your Cutting Board

If you’re chopping away in preparation for an upcoming cookout, don’t cut watermelon on the same cutting board you used for your uncooked pork ribs. You could cross-contaminate and serve your guests more than just your secret sauce and witty banter, says Jaydee Hanson, policy director at the Center for Food Safety.

And once you’ve cooked your burgers and chicken, do not place them back on the same plate where these meats sat when raw.

Make Friends With Your Meat Thermometer

You can still enjoy a pink hamburger, but a thermometer is your best ally on the grill and in the kitchen, Hanson said. First, calibrate the device. You can do this with ice water. When the thermometer reads 32 degrees Fahrenheit, you’re in business.

‘Do not use your eyes to judge temperature.’

Once you’re grilling, stick the thermometer into the thickest part of the food you’re cooking. Avoid bone or fat. Be patient and wait for the thermometer to measure the meat’s temperature accurately. It should read at least 165 degrees Fahrenheit before you remove it from the heat.

“Do not use your eyes to judge temperature,” Hanson said. “Use a thermometer. They’re cheap — way less than your co-pay at the emergency room.

Know When To Chill

If you leave food out overnight, you can’t cook away the risk of foodborne illness.

Don’t wait for your guests to scoop up that last bit of mayonnaisey macaroni before clearing leftovers. Bacteria thrive when the temperature falls between 40 and 140 degrees Fahrenheit, a range the FDA refers to as the “Danger Zone.”

Instead, the CDC advises placing leftovers in small portions and then refrigerating or freezing two hours after cooking, or one hour if the food was left sitting at or above 90 degrees Fahrenheit. Chafing dishes and slow cookers can keep those hot dishes hot (at or above 140 degrees Fahrenheit) and safe to eat, the FDA said.

Refrigerate meat until it’s ready to grill. Be forewarned: If you leave food out overnight, you can’t cook away the risk of foodborne illness, the FDA said in its statement.

It’s All About The Recalls

The U.S. government and food businesses recall products for a good reason — it’s not safe to eat.

FoodSafety.Gov lists the latest recalls. Under the Food Safety Modernization Act, signed into law in 2011, the FDA can issue mandatory food recalls.

Anecdotally, Hanson said he saw recently a recall for cauliflower rice. Later that day, he shopped in a major grocery store chain where he saw that product still in the freezer section. This protocol often goes into motion reactively rather than proactively, Hanson said.

“Things generally get recalled when people start reporting to their doctors that they’re sick,” he said. However, companies are also rolling out “precautionary recalls much more than they used to.”