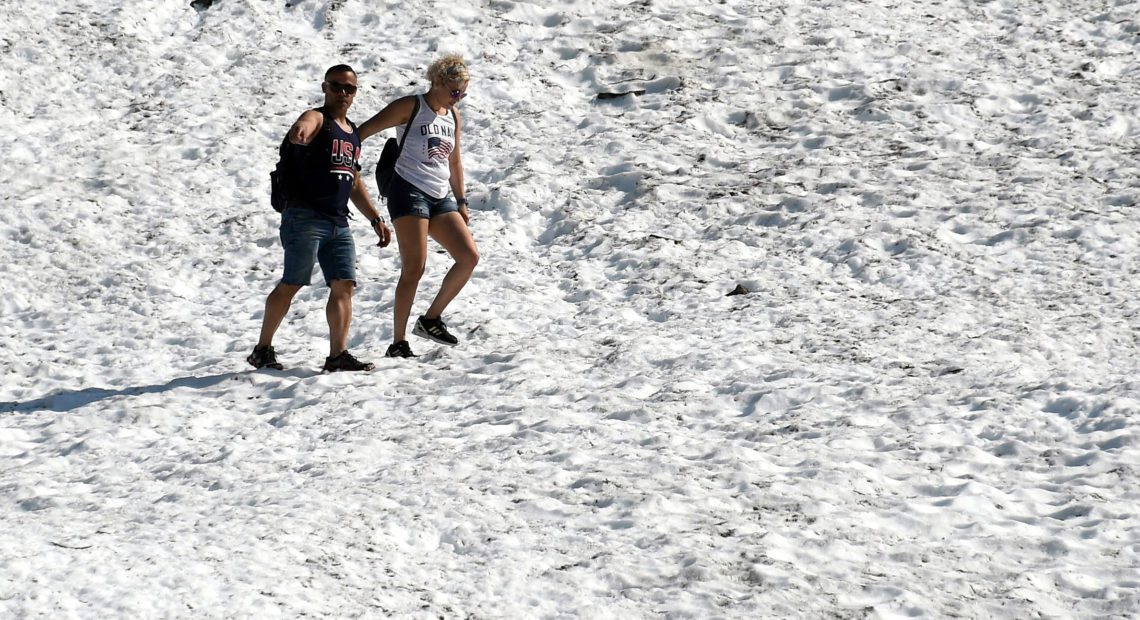 Temperatures climbed to 90 degrees in Anchorage, Alaska, on Thursday, breaking the all-time heat record for the northerly city.

The city of 300,000 people also had its hottest June ever, according to the National Weather Service. Average temperature for the month was 60.5 degrees, 5.3 degrees above normal. It was the 16th consecutive month with above-average temperatures. 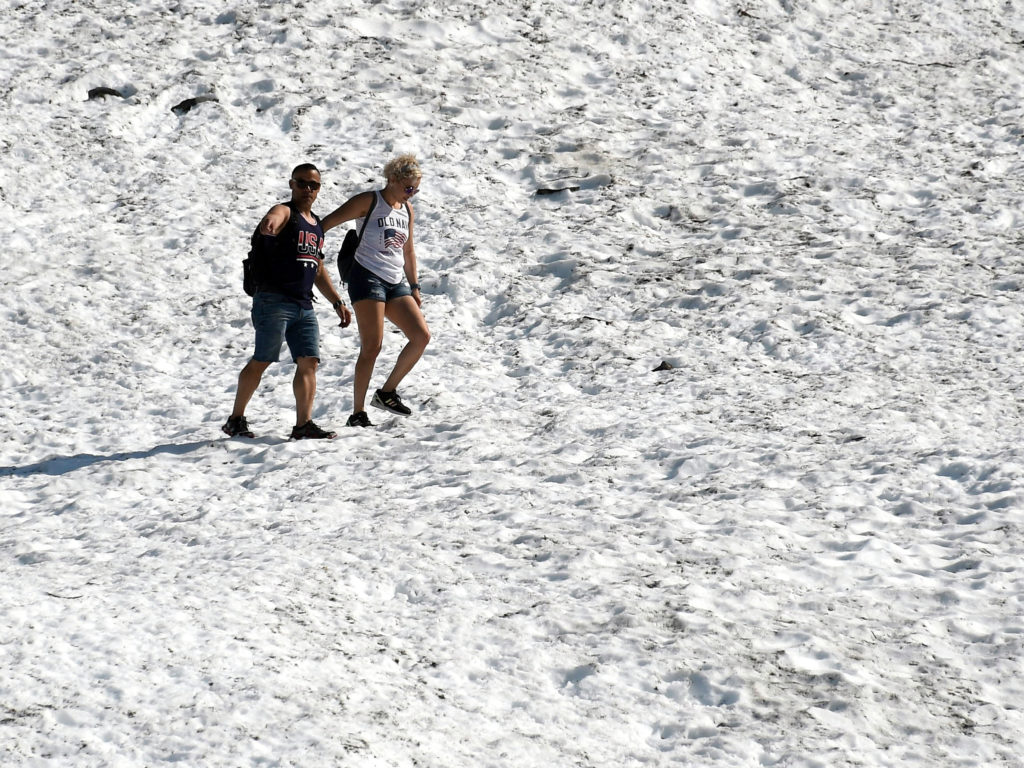 People hike on the Byron Glacier on Thursday in Girdwood, Alaska, southeast of Anchorage. Many cities set heat records amid unusually hot and dry conditions in the area.
CREDIT: Lance King/Getty Images

Then there’s the smoke. Crews have been battling wildfires across the state, and on Monday authorities issued an air quality advisory for south-central Alaska.

With the hot, dry conditions and limited firefighting resources, the Alaska State Fire Marshal’s Office suspended sale and use of fireworks in many areas.

Concerns about air quality spurred officials of the annual Mount Marathon race in Seward to allow runners to defer their entries until next year, Alaska Public Media reported. The race, more than 3 miles up and down a mountain, still took place amid the heat and smoke, but a few of the top-flight runners opted not to run.

Alaskans have headed outdoors to enjoy the unusually warm temperatures.

“No, this is not average, this is wonderful. This is over average. We don’t have temperatures like this,” resident Myrtle McLaughlin told Alaska Public Media, as she enjoyed the weather at Anchorage’s Goose Lake. “I’ve been here since 1978 and this is probably the best.”