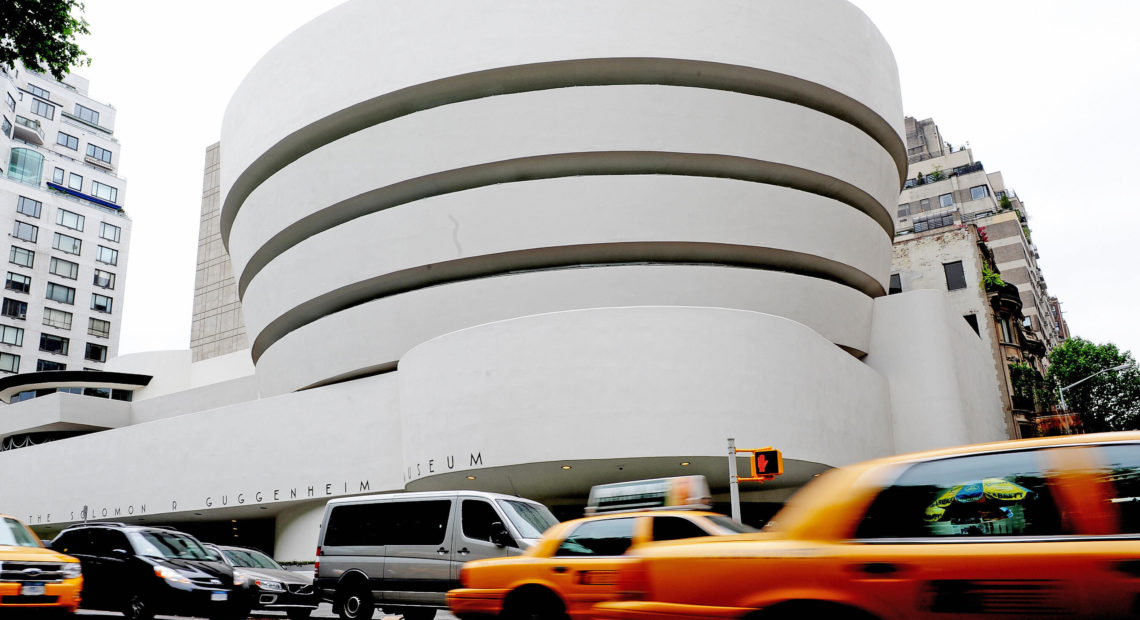 PHOTO: The Guggenheim Museum, designed by Frank Lloyd Wright who developed the concept of “organic architecture,” that a building should develop out of its surroundings. CREDIT: Stan Honda/AFP/Getty Images

Eight of architect Frank Lloyd Wright’s buildings were added to the UNESCO World Heritage List on Sunday, elevating them to the same status as Machu Picchu, the Pyramids of Giza and the Statue of Liberty.

The new additions to the list were announced in Baku, Azerbaijan at UNESCO’s annual conference, include Fallingwater in Pennsylvania, the Guggenheim Museum in New York, the Hollyhock House in Los Angeles, the Jacobs House in Wisconsin, the Robie House in Chicago, Taliesin in Wisconsin, Taliesin West in Arizona and the Unity Temple in Illinois.

“Each of these buildings offers innovative solutions to the needs for housing, worship, work or leisure,” wrote members of the World Heritage Committee in a press release announcing the designation. “Wright’s work from this period had a strong impact on the development of modern architecture in Europe.”

Joining a list of over 1,000 other sites, the committee said it added Wright’s works for their “organic architecture” and lauded his open plans and utilization of materials like steel and concrete. 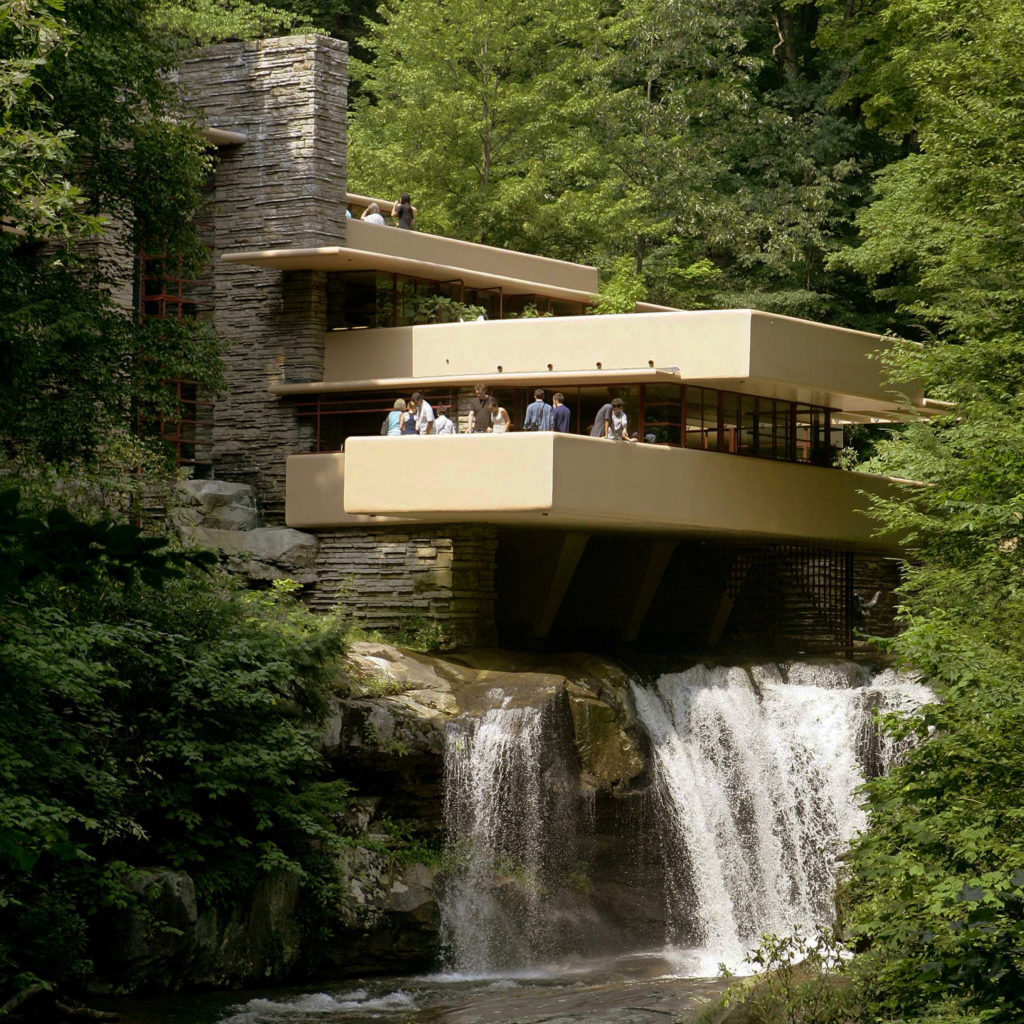 Visitors gather on one of the cantilevered terraces at Fallingwater, a Frank Lloyd Wright design in Pennsylvania. Eight Wright buildings, including Fallingwater, were honored as World Heritage sites by UNESCO, on July 7, 2019. CREDIT: Keith Srakocic/AP

“He wanted to break the box of historic architecture and open us up to a better, different, freer way to live,” Stuart Graff, president and CEO of the Frank Lloyd Wright Foundation, told NPR. “And we still feel that today. We feel that in our homes and our cities. We feel that in our connection to the landscape. And that’s the measure of his achievement.”

According to the Wright Foundation, the process of nominating Wright’s works stretched over 15 years, as organizers honed a list of 449 realized Wright-designed structures down to eight buildings that best represented Wright’s ethos and fit the World Heritage Committee’s selection criteria.

After Sunday’s announcement, Wright’s buildings will be the 24th American site included on the World Heritage List. It marks the United States’ first designation since the Trump administration withdrew from UNESCO in 2018 citing an anti-Israel bias.

Plaudits rolled in from across the country following the designation.

“The history of [Hollyhock House] and its excellent craftsmanship will inspire Angelenos for generations to come, and Hollyhock House’s well-deserved place on UNESCO’s World Heritage List is a fitting tribute to this bold structure,” LA Mayor Eric Garcetti said in a press release.

“[Wright’s] influence is evident around the state,”Ducey says, according to the Wright Foundation. “Arizona is proud to be home to these unique world-class destinations that attract visitors from around the world and support tourism as a vital economic driver for our state.”

Despite the withdrawal and mixed history with UNESCO, even the U.S. Department of State’s press office released a statement expressing its pleasure about the decision, saying “the buildings showcase Wright’s influence on the course of architecture around the world.”

Watching from Baku, Graff felt gratified by the announcement and said the response was overwhelming, as delegates shared how Wright’s work touched their lives.

“Frank Lloyd Wright’s work was the wonderful introduction of America’s ideas, America’s values, America’s design, on a global stage where maybe for the first time we weren’t only offering what we had but we were influencing the sense of direction and architecture design and global cultural endeavors,” Graff says.