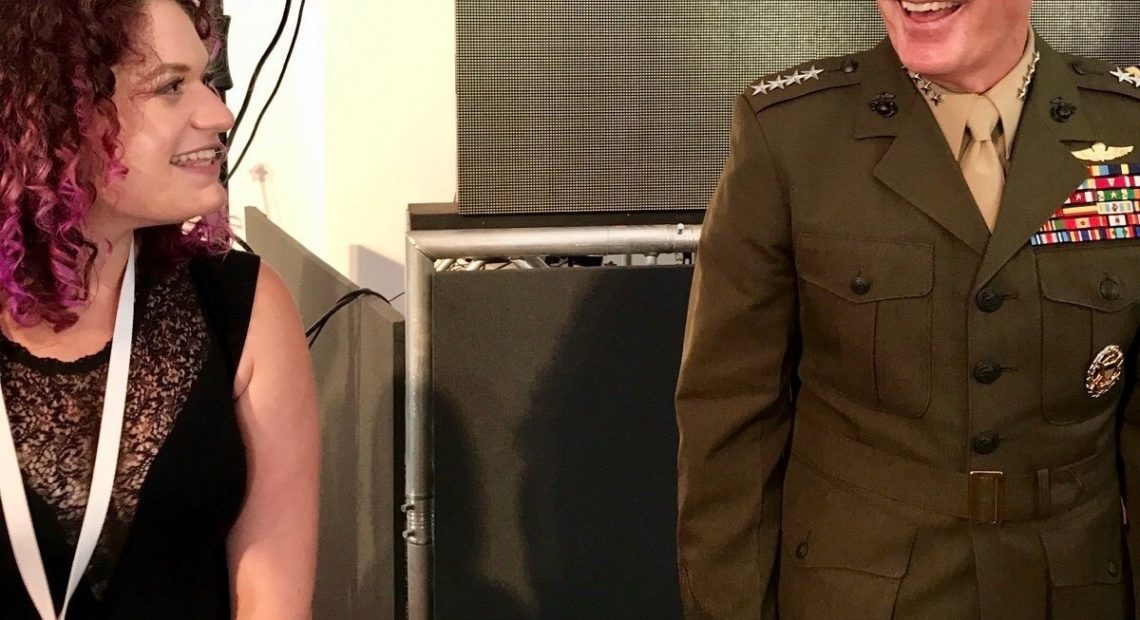 In her 30 years as a U.S. diplomat, Gina Abercrombie-Winstanley served as ambassador to Malta, monitored elections in Gaza, led a diplomatic mission in Saudi Arabia, expanded counterterrorism partnerships and oversaw a mass evacuation of Americans from a war zone.

But no matter how many postings she racked up, Abercrombie-Winstanley said, she often saw shock spread across the faces of men when she walked into rooms for high-level meetings.

“Sometimes it’s as obvious as a head jerk,” she said. “There would be a physical reaction of skepticism.”

That’s because Abercombie-Winstanley is a woman – a black woman – in the male-dominated world of national security. She’s part of a cohort of women in defense and diplomacy that began meeting a couple years ago to commiserate about being overlooked and underestimated at tables where crucial decisions are made about how to keep the country safe. 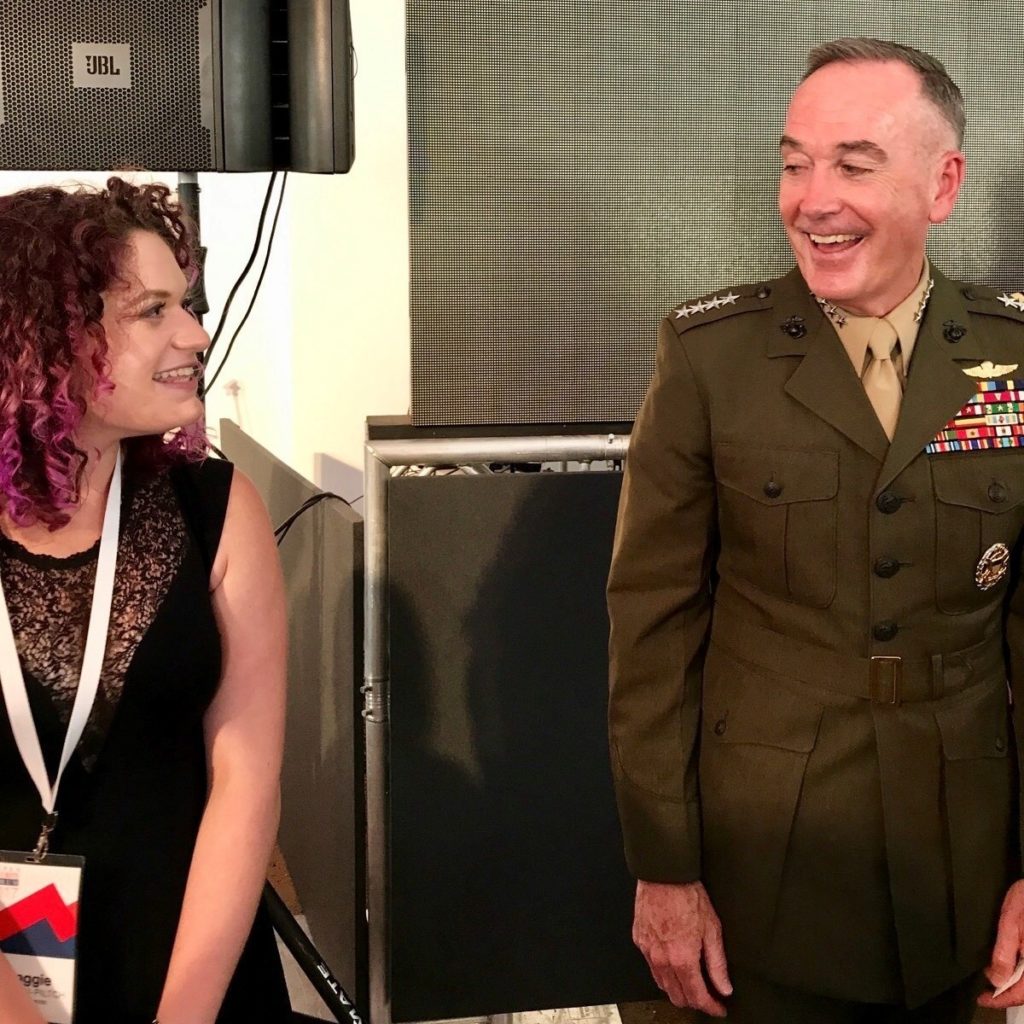 Several of the women at those early lunches had broken barriers as “the first” or “the only” in their fields. They’ve led peace talks and hunted terrorists. They’re the leaders many younger women at the State Department and Pentagon look up to; one fan called them “the queen mothers” of national security. And yet, decades into their careers, were still dealing with the same old frustrations.

They decided it was time for change.

“You can sit and complain, but none of us were interested in that,” Abercombie-Winstanley said. “So we thought about turning these informal meetings into action.”

The result is The Leadership Council for Women in National Security, LCWINS for short, whose mission is “to provide the public leadership and specific benchmarks to improve gender diversity and fight unconscious bias in our field, regardless of political party.” The group launched a couple of weeks ago with a challenge to all 2020 presidential candidates to pledge gender parity in national security posts if elected. So far, 15 contenders – all Democrats – have signed up.

One of the council’s founders, Tamara Cofman Wittes of the Brookings Institution, said regardless of who wins, the election is an opportunity to make sure women are included in the roughly 3,000 jobs the president gets to fill by political appointment.

She said it’s not about hard quotas – it’s that solving thorny national security issues means coming up with fresh ideas and strategies, a process that benefits from a broad array of perspectives.

“If you want innovation, if you want creativity, if you want effective problem-solving, you need diversity around the table,” Cofman Wittes said.

The Leadership Council is the latest – and most high-profile – of a flurry of recent efforts to highlight the role of women in national security and to push for better representation in its leadership ranks.

Finally, women said, they have the numbers to build a pipeline of support and mentorship, starting with Girl Security, a nonprofit that introduces grade-school girls to security issues; to the new council of seasoned professionals who are eager for top department or Cabinet posts. Other groups have sprung up specifically for women of color in national security, or focused on women in diplomacy or the military.

Then there are podcasts like Bombshell, hosted by defense professionals Radha Iyengar Plumb, Loren DeJonge Schulman and Erin Simpson. On one episode, the three women hosts have male guests on the show for the first time, explaining, tongue-in-cheek, that the men would’ve been invited sooner but, “It’s just really hard to find men who are national security experts.”

“The fact that all these organizations have sprung up says that there is a demand, there is a need, and there are people who understand the value of this work,” Cofman Wittes said. “I really hope that the next generation of women and girls will have a completely different experience, and that they’ll never walk into a conference and be the only woman in the room.”

The absence of women in national security persists most glaringly in the top-tier posts. There’s never been a female secretary of defense. Only three women have served as secretary of state and two as national security adviser. Only two have led Homeland Security. At the CIA, director Gina Haspel is the first woman in that role.

Haspel rarely speaks publicly, but at one recent appearance she was asked about her milestone and the crowd erupted in applause. Haspel rattled off a list of other women in senior roles at the CIA, joking that it might sound like a conspiracy: the head of operations, head of analysis, head of science and technology, head of diversity and inclusion, general counsel.

“It sends a signal to the young women entering duty at CIA or the other intelligence agencies that their prospects are strong and rich and that they have role models,” Haspel said.

Despite the gains, women still face many obstacles to advancement. Some are challenges faced by women across the workforce, such as being penalized for gaps in their resumes when they were home caring for young children.

Others are specific to the field, starting with the long and invasive security clearance process. On the military side, women are still playing catch-up after rules changed in the ’90s and allowed them to serve in combat. They’re finally getting the battlefield experience that’s valued in leadership roles in defense.

“What we’re starting to see now are the first generation of women who entered national security after those bans were lifted, being old enough to be senior in this field,” said Mieke Eoyang, vice president for the national security program at the Third Way think tank, and a member of the Leadership Council’s steering committee. “It’s an inflection point.”

Perhaps nobody has harnessed the momentum like Maggie Feldman-Piltch. At 27, she’s already one of the most visible women on the D.C. national security scene. Literally. She sports curly purple hair and long, decorated nails, a shock of color among the capital’s buttoned-up wonks.

Sometimes, she pays a price for refusing to blend in. For example, the time she wore a bright pink pantsuit to the Senate confirmation hearing for a retired four-star general who was one of her early mentors. She said Capitol police spotted her in the “invited guests” section, mistook her for a Code Pink protester and hauled her out by force.

“I was mortified,” Feldman-Piltch said. “It was in front of people that I have spent my whole young life idolizing. Generals and former secretaries of defense.”

She laughs about it now, but experiences like that are why she founded a for-profit group that supports women in national security. It’s called #NatSecGirlSquad, and her answer to concerns about having “girl” in the name is: “Beyoncé says it, so it’s fine.”

Feldman-Piltch said the idea came when she moved to Washington to work in national security and found few women she could turn to as confidants or mentors. The Listserv she started as a way to meet other women who “wake up in the middle of the night thinking about sanctions strategy” has now grown into a database of thousands, along with partnerships with fashion and cosmetics companies on women-focused national security events.

“I’ve watched women go from brand-new to Washington and terrified to going through their security clearance process, and now turning around and hiring other women from our community,” she said. “They are speaking on panels, writing op-eds.”

Feldman-Piltch said she sees her role as a bridge between the up-and-coming generation and the pioneers on the Leadership Council. Together with other groups, they’ve built a brain trust that defies the old excuse of “there’s no pool of qualified women candidates.”

“I’m not foolish enough to think that it’s going to be easy, but there’s momentum, and, more than that, there is a lot of hellfire,” Feldman-Piltch said. “We’re not looking for anybody to give us more than we are due. But we want what’s ours.”