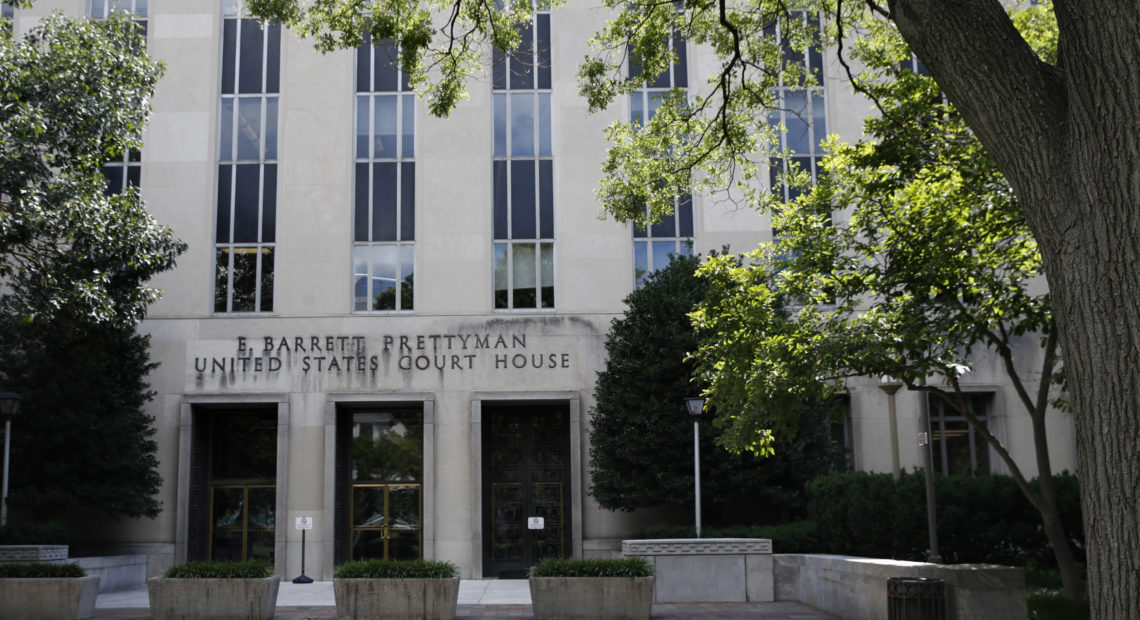 PHOTO: A panel of federal appeals court judges heard arguments Friday in a lawsuit over President Trump’s financial records. The judges will decide whether to order Trump’s accountants to release information to a Democratic congressional committee. CREDIT: Jacquelyn Martin/AP

Judges on a federal appeals court grilled President Trump’s lawyer and the counsel for the House of Representatives on Friday over Trump’s effort to block a subpoena ordering his accounting firm to turn over financial records.

Trump, who has fought to shield his finances from public view, sued to prevent Mazars from handing over the records. A district court judge rejected Trump’s challenge. The president appealed that ruling, kicking the case up to the appeals court.

That set the stage for the scene Friday morning in the packed courtroom in Washington, where a three-judge panel of the D.C. Circuit Court heard some two hours of oral arguments.

The judges — David S. Tatel, Patricia Millett and Neomi Rao — peppered attorneys for both sides with questions for far longer than scheduled, although cumulatively the president’s challenge appeared to be facing an uphill struggle.

Trump attorney William Consovoy argued that the oversight committee has not been granted the authority to subpoena the president or investigate his finances. He also argued that the subpoena does not further a “legitimate legislative purpose.”

Consovoy dismissed the various legislative reasons the committee has offered as little more than “cover” and a “ruse” to investigate the president. Democrats want to go fishing, he argued.

“Is this about finding wrongdoing, or legislation?” Consovoy asked. “I don’t think it’s a hard call.”

Tatel, who was appointed by President Bill Clinton, and Millett, by President Barack Obama, noted that the House has drawn up — and in some cases even passed — legislation that addresses issues related to the material sought in the subpoena.

“There are draft bills pending,” Millett said. “Do we have to say that’s a ruse?”

The attorney representing the committee, House General Counsel Douglas Letter, argued that the lawmakers do indeed have a legitimate legislative objective.

“The Oversight Committee seeks to ensure that federal officials — including the president — are making decisions in the country’s best interest and not for their own financial gain, and that federal agencies charged with government leasing and ethics are operating in accordance with the law,” the House said in its written brief.

The Mazars case is one of three related to Trump’s financial records that are currently in the courts.

Trump has sued Deustche Bank and Capitol One to prevent them from responding to subpoenas from the House intelligence and Financial Services committees for his banking records.

The committees also are investigating foreign influence on the U.S. political process. A federal appeals court is scheduled to hear arguments in that case next month.

The House Ways and Means Committee, meanwhile, is suing to force the Treasury Department and the Internal Revenue Service to provide six years’ worth of Trump’s tax returns.