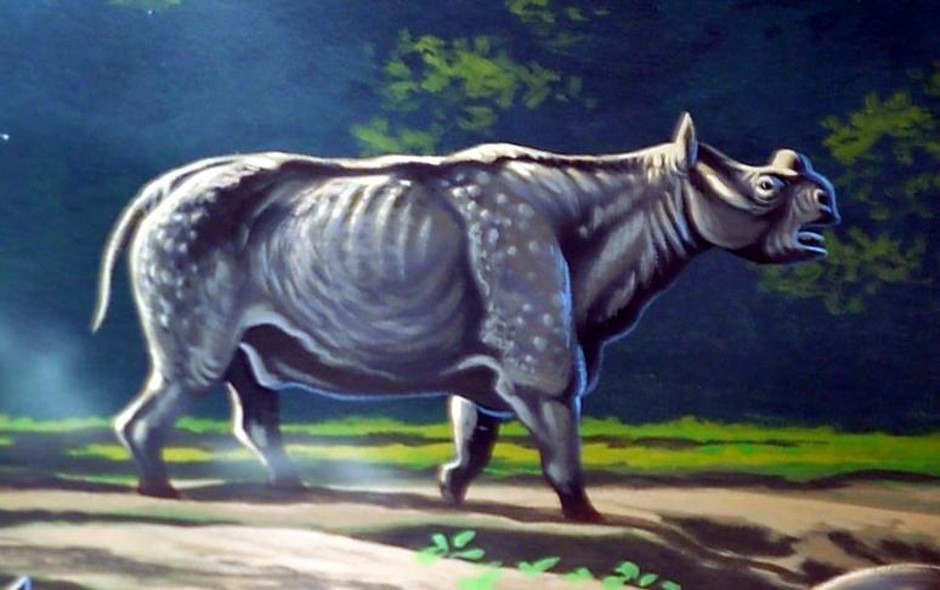 Oregon’s weirdest predator, the first of its kind in the state, was found in a museum drawer. A piece of it, anyway.

Hyena-pig. Murder-cow. With no modern analog, scientists have resorted to combinations of common animals to describe it. Dug up decades ago in the Hancock Mammal Quarry near John Day, Oregon, the bone from this prehistoric creature languished, misidentified in museum storage, until Selina Robson pulled it from its drawer.

Robson wasn’t looking for a murder-cow when she found the specimen. It was a fossilized jaw, slightly smooshed, and it was huge: about the length of her forearm. It was labeled “Hemipsaladon,” a type of creodont, which were large, bear-like predators that roamed Oregon 40 million years ago.

But Robson, at the time an undergrad student at the University of Oregon, had spent a lot of time looking at Hemipsaladon specimens, trying to identify one for a class assignment.

Robson couldn’t get the massive jaw out of her mind, so she brought it to her instructors, Samantha Hopkins and Nick Famoso, and asked if she could take a crack at identifying it properly.

She took the jaw to the Oregon Imaging Center next to her university and took a CT scan of the teeth. Teeth, Robson explained, are great for identifying species because they’re so specific to diet.

Robson took pictures of the specimen to conferences, compared it to other fossils and eventually submitted a paper on the find. Science can be a slow process, so by the time the paper was published in June, Robson had started a Ph.D. program at the University of Calgary in Canada. 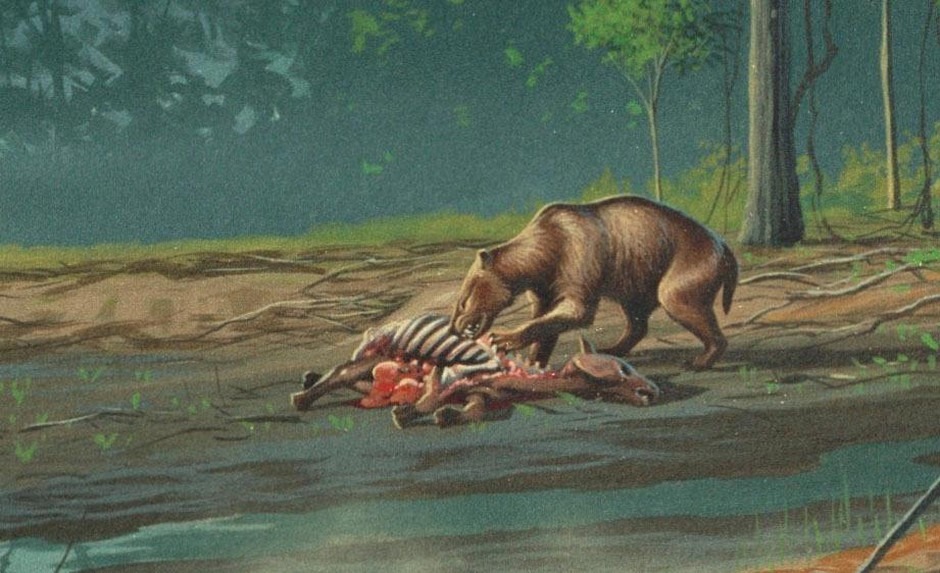 The John Day mesonychid was initially mis-identified as Hemipsaladon grandis, another large predator that would have shared a range with the mesonychid. CREDIT: National Park Service

Mesonychid are an extinct branch of ungulates. Ungulates are still around today. We’ve all seen them. Cows, pigs, camels, giraffes, elephants, deer, sheep and all other hoofed animals are considered ungulates.

Mesonychid, though, are arguably the weirdest ungulates to ever hoof it around North America.

“It kind of looked a little piggy?” said Famoso, who is now the chief of paleontology and museum curator at the John Day Fossil Beds National Monument, where the bizarre jaw was found. “It has a pig-like skull and jaw, it had hooves. But it was definitely out there eating meat and bone.”

Famoso searched for a modern analog. “Imagine a hyena, crossed with a pig. And that’s kind of what this animal would have looked like.”

It would have had massive jaws for crunching bones, and big, stocky muscled shoulders like a hyena. It also would have been about the size of a bear. As Robson put it, “terrifying.”

It’s a bit weird to think of a meat-eating hoofed animal, though maybe it shouldn’t be. Modern pigs are voracious omnivores, willing to eat anything in front of them, whether it’s plant or animal. Hippos, though strict vegetarians, are deadly and aggressive.

Famoso said that this specimen confirms that the area around modern-day John Day was once capable of supporting at least two large predators, both the mesonychid and Hemipsaladon.

Until now, only one mesonychid had been found on the West Coast, a lone specimen in Southern California. The rest w