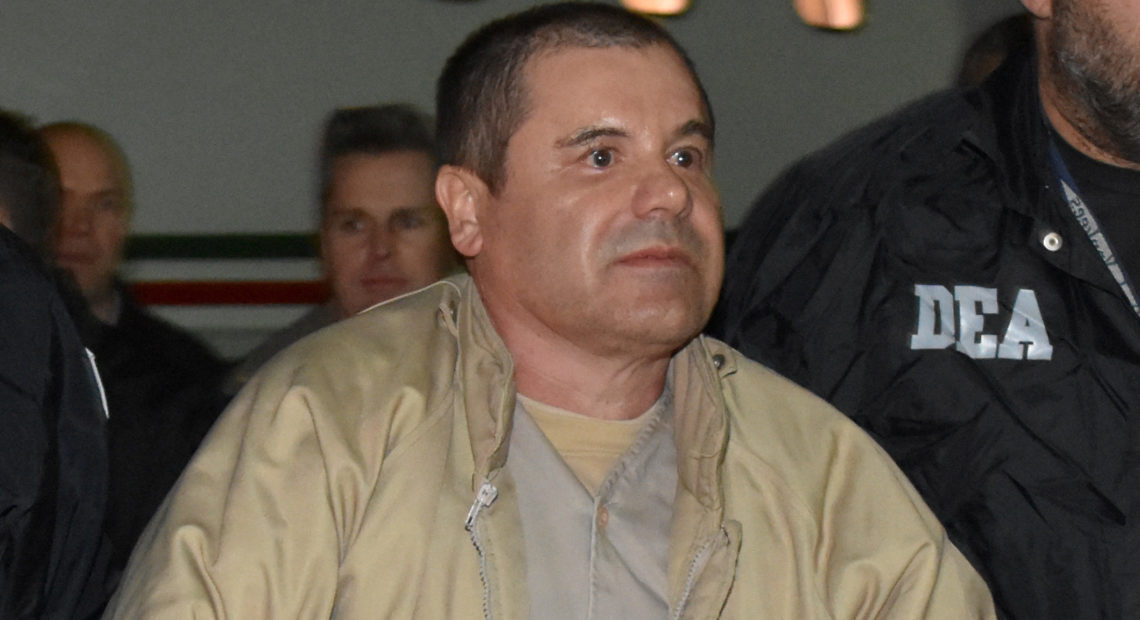 A federal judge in Brooklyn, N.Y., has sentenced drug kingpin Joaquín “El Chapo” Guzmán to a term of life in prison without the possibility of parole plus 30 years for his role in leading Mexico’s Sinaloa cartel. A life sentence was mandatory; U.S. prosecutors had asked that three decades be added onto Guzman’s punishment.

One of the only suspenseful questions that remained Wednesday was whether Guzmán, who did not speak during his long trial, would speak in court in what’s expected to be his last public appearance before heading to the Supermax prison in Florence, Colo. 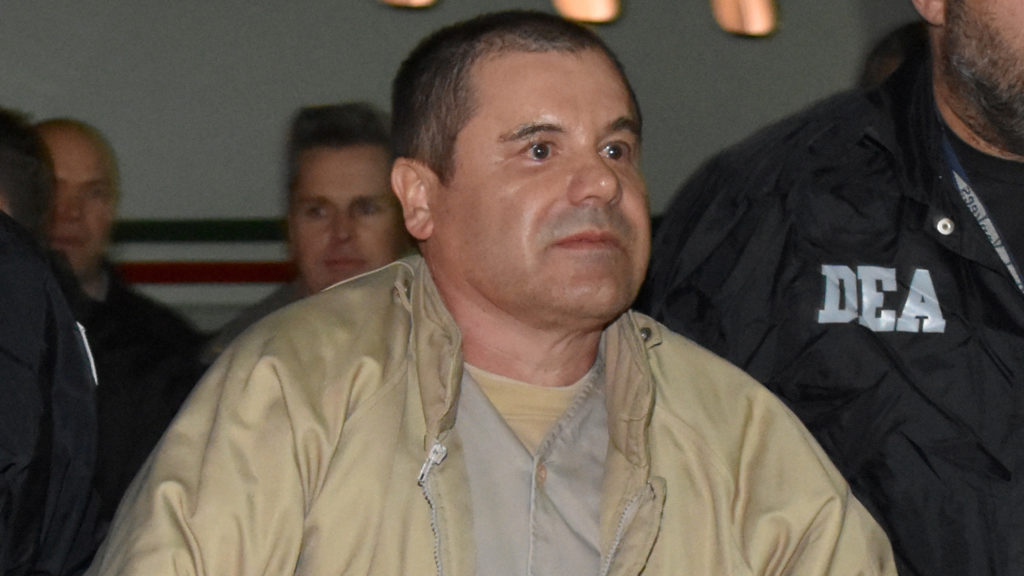 A U.S. court has sentenced drug lord Joaquín “El Chapo” Guzmán to a life term plus 30 years in prison. Here, Guzman is seen arriving in New York in January 2017, after his extradition from Mexico.
CREDIT: Reuters

“Guzmán told U.S. District Judge Brian Cogan before he was sentenced Wednesday that he was denied a fair trial,” The Associated Press reports, adding, “He said Cogan failed to thoroughly investigate claims of juror misconduct in the case.”

Guzmán, 62, was extradited from his native Mexico to the U.S. in January 2017. The terms of his extradition included a pledge that U.S. authorities would not seek the death penalty.

“Mr. Guzmán thought for more than 25 years that he was untouchable, that there was no problem affecting the Sinaloa cartel that he couldn’t bribe, intimidate, torture or kill his way out of,” Assistant Attorney General Brian Benczkowski said.

Guzmán’s punishment, Benczkowski said, “brings a measure of justice” to people in both the U.S. and Mexico who have been affected by his crimes.

U.S. Attorney for the Southern District of Florida Ariana Fajardo Orshan said the life sentence was the only option for “somebody who has spent a lifetime poisoning the streets of our communities.”

A federal jury convicted Guzmán in February, finding him guilty of a raft of serious charges, from drug crimes to a murder conspiracy. His conviction included 10 counts of crimes such as narcotics trafficking, using a firearm in drug crimes and money laundering.

At Wednesday’s sentencing, Guzmán’s attorneys reiterated their call for a new trial, asking for a hearing to go over their allegations of jury misconduct.

“This case was simply an inquisition. It was a show trial, and how it ended is exactly perfect for that description,” defense attorney Jeffrey Lichtman said. He said the government’s witnesses had included “lunatics and sociopaths and psychopaths” and that “up to five jurors broke the law — violated the law while they were judging Mr. Guzmán for crimes.”

After Guzmán was convicted, his defense team said the trial was tainted, claiming that members of the jury had ignored the judge’s orders not to read about the trial outside of the court proceedings.

“I’m not here to tell you that Joaquín Guzmán is a saint,” he said, speaking to journalists outside the courthouse. “All we asked for was fairness. And no matter what you think of Joaquín Guzmán, he still deserves a fair trial.”

The drug kingpin has repeatedly made headlines during his criminal career — first for the vast power he ruthlessly amassed and later for his seeming ability to break out of any prison in Mexico. In 2015, he escaped from a maximum security prison for the second time, after spending more than a decade eluding Mexican authorities. He lived outside the law for an additional six months, before he was captured in a high-profile operation in early 2016.

Wednesday’s sentencing took place amid heightened security. In addition to a police contingent, helmeted soldiers stood guard on the sidewalk outside the doors of the U.S. District Court for the Eastern District of New York, holding automatic rifles and wearing camouflage.

The agency also said the cartel supplied cocaine and fentanyl in the U.S. “through sophisticated and efficient transportation and distribution networks.”

To elude detection, Guzmán paid $1 million to an information technology engineer to set up what authorities called an encrypted communications network to operate his global drug-trafficking operation. By using encrypted cellphones and encrypted apps, prosecutors said, the drug lord could communicate freely with his partners in Colombia, Ecuador, Canada and the U.S.

As his cartel did billions of dollars in business, Guzmán rose to become a pop-culture figure in Mexico, where his visage frequently appears on T-shirts, graffiti. In his poverty-stricken home town of Badiraguanto in northwest Mexico, many locals viewed him as a benefactor who sometimes helped them. But elsewhere in his country, he’s viewed as a key figure in a devastating string of drug wars and violence. When the criminal mastermind slipped away from Mexican custody in 2015, he was quickly featured in dozens of narcocorrido songs — ballads about the drug business.

Fueled by drug profits and a growth strategy that relied on brutality and sicario hitmen, Guzmán’s godfather-like stature rose above international borders. As The Associated Press reported in 2015:

“During his time as a fugitive, Guzman transformed himself from a middling Mexican capo into arguably the most powerful drug trafficker in the world. His fortune grew to be estimated at more than $1 billion, according to Forbes magazine, which listed him among the ‘World’s Most Powerful People’ and ranked him above the presidents of France and Venezuela.”

Days after Guzmán was found guilty in a New York courtroom, U.S. authorities unsealed new criminal indictments against two of his sons in Mexico. Joaquín Guzmán Lopez and Ovidio Guzmán Lopez were charged with conspiracy to import and distribute cocaine, methamphetamine and marijuana into the United States.