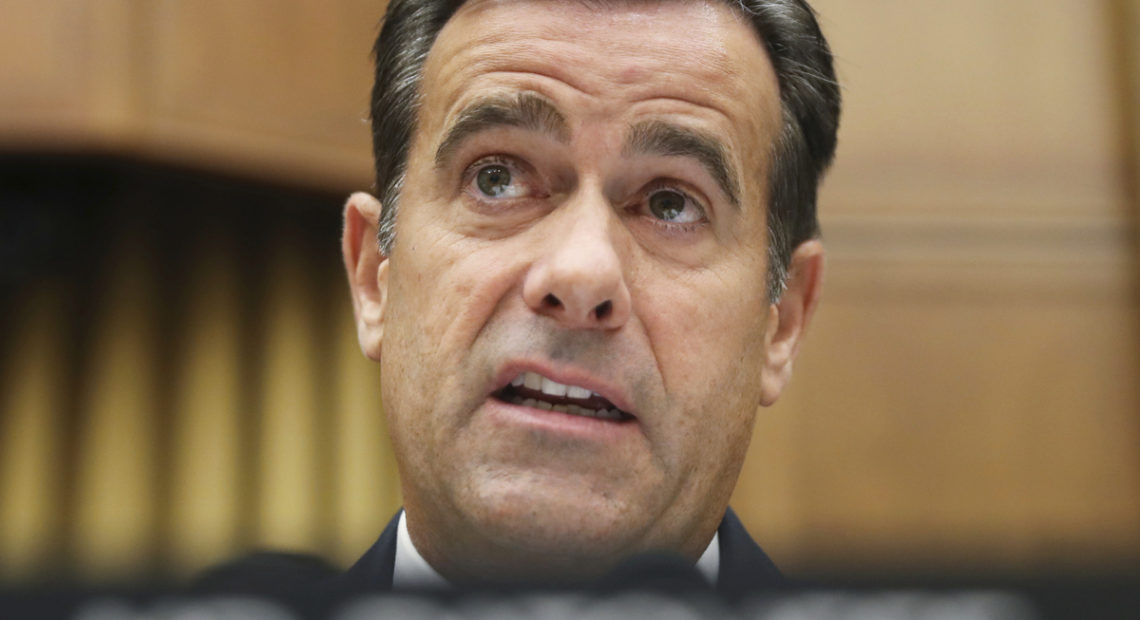 Coolness from Senate Republicans and reports in the press about past overstatements about Ratcliffe’s record appear to have prompted the White House to calculate that it was wiser to cut bait now than try to press ahead against those headwinds.

Trump wrote on Twitter that Ratcliffe had been treated “unfairly” in media coverage and that he’d told the congressman it might be easier to just stay in the House. 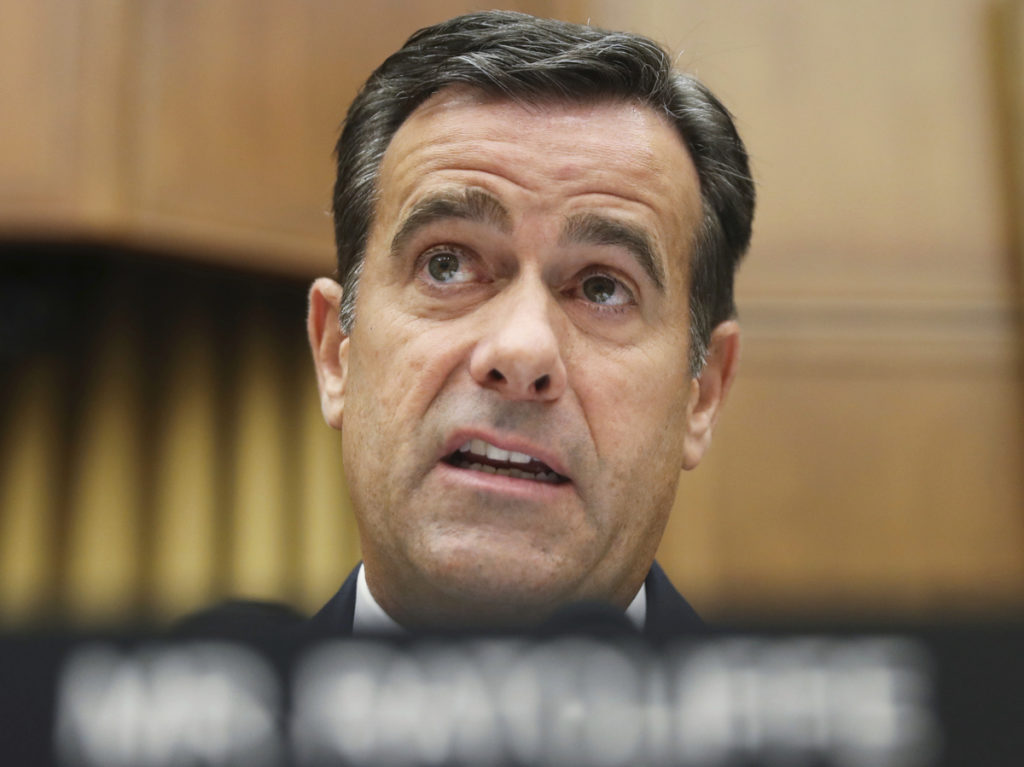 Trump also wrote that he would announce another nominee to become director of national intelligence “shortly.”

Trump vs. the spies

The position is to become vacant Aug. 15 with the resignation of Dan Coats, with whom Trump never developed a rapport.

Coats and the leaders of the intelligence community also have publicly contradicted Trump a number of times with assessments that ran counter to his own objectives.

Trump wants to negotiate with North Korea to end its nuclear program; Coats and the intelligence community assessed it would never surrender its weapons. Trump abrogated U.S. involvement in the Iran nuclear deal; the national security establishment maintained that Iran had remained within compliance.

And Trump goes back and forth about what he accepts about foreign election interference since the Russian attack on the 2016 presidential election; all along Coats and other intelligence community bosses have been trying to respond, including with the appointment of a new election security czar.

Tensions between the president and the intelligence community also appear to have worsened over the Ratcliffe episode, as some people in the spy world made clear how unqualified they believed he is and how unwelcome he would be atop the sprawling alphabet soup of domestic and foreign spy agencies.

The feeling apparently is mutual: The New York Times reported on Friday that Trump has at least once barred Coats’ deputy, Sue Gordon, from the Oval Office — and that the White House might attempt to stop her from serving as the interim DNI during the interregnum after Coats’ departure.

Gordon is an intelligence community lifer with some three decades of experience and has served as the day-to-day, hands-on manager within ODNI. Her supporters faulted what appeared to be a scheme to deny her at least an interim role in the top job, which they argue is owed her by law.

Ratcliffe thanked Trump in a Twitter post following the one Trump used to announce he would no longer be nominated.

Ratcliffe also said he would have been a candid and professional director of national intelligence, responding directly to the worries that he was being installed as a political lackey.

Senate intelligence committee Chairman Richard Burr, R-N.C., said in a statement on Friday that he respected “Ratcliffe’s decision to withdraw.”

Burr also pointed to the team serving now within the office of the director — including Gordon — but said it won’t be sufficient forever.

“As the White House determines its next nominee, I’m heartened by the fact that ODNI has an experienced and capable leadership team to help see it through this transition,” Burr said.

“However, there is no substitute for having a Senate-confirmed director in place to lead our intelligence community. I remain committed to moving the official nomination through regular order once it is submitted to the Senate.”

Ratcliffe’s name never was formally transmitted to the Senate and so the “regular order” process Burr described never got underway.

The back-and-forth over his candidacy was the latest case of Trump airing the name of a prospective nominee without actually submitting it and putting senators in a position to cast a vote.

Two potential nominees for the board of the Federal Reserve also were discussed in Washington and then withdrawn without action by, in their case, the Senate Banking Committee.