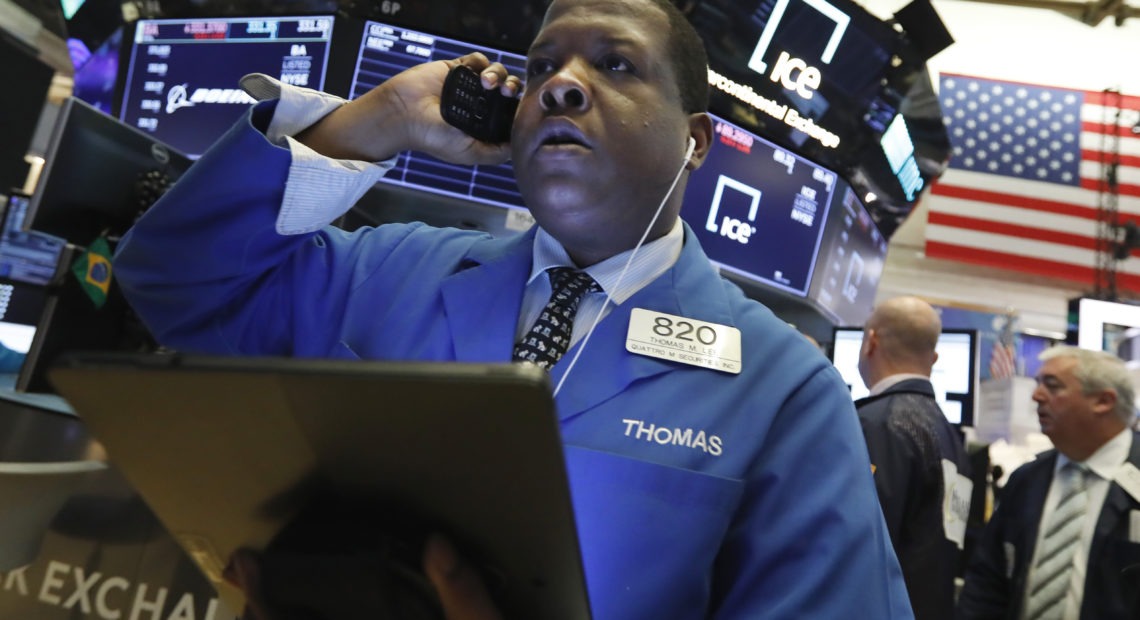 Stocks continue to tumble around the world Monday after China allowed its currency to slide, in the latest sign of economic tensions between Beijing and Washington.

After falling more than 900 points earlier in the day, the Dow Jones Industrial Average closed down 767 points, a drop of 2.9%. The blue chip index has fallen more than 6% from last month’s all-time high, while the S&P 500 index lost ground for the sixth day in a row.

Technology stocks such as Apple and IBM were hit especially hard. 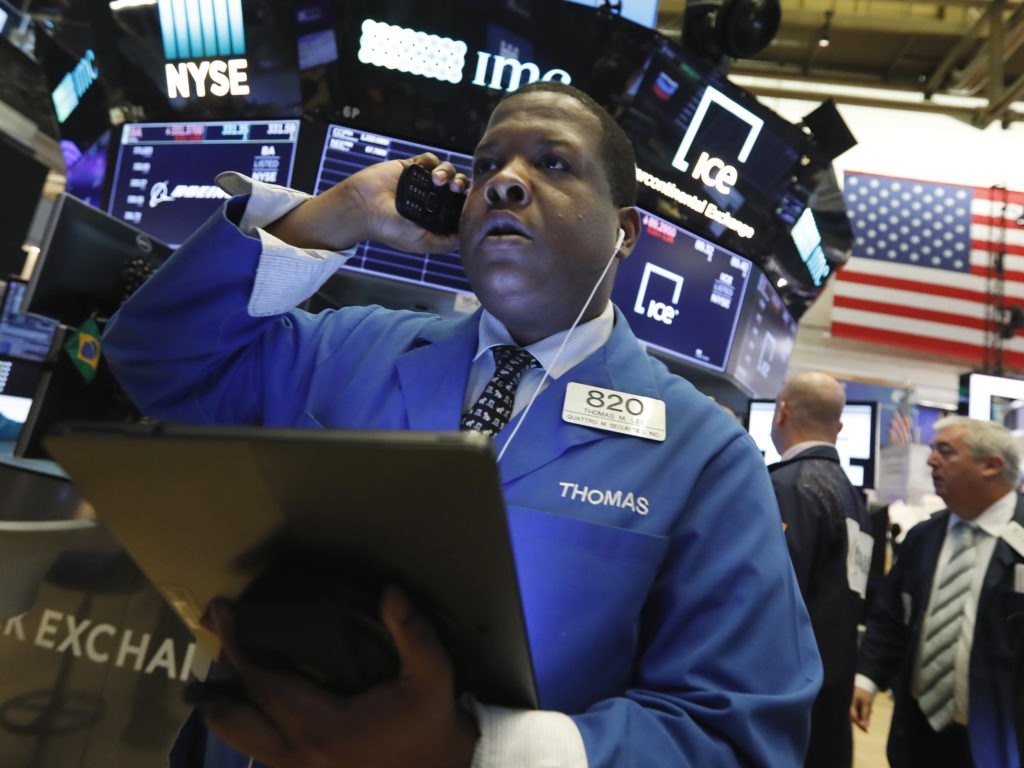 Stocks were also down in Europe and Asia.

Earlier in the day, China allowed its currency, the yuan, to drop below 7 per dollar, its weakest level in a decade.

China also said it asked state-owned companies to stop buying U.S. agricultural products, Bloomberg reported. It’s the latest blow to American farmers, who have seen prices fall sharply as a result of friction between the U.S. and its major trading partners.

The decision to let the yuan fall was widely seen as an effort by China to stem the effects of President Trump’s decision last week to impose stiffer tariffs on imports from that country, which sent stocks falling on Thursday.

People’s Bank of China Governor Yi Gang said China won’t let the yuan become a casualty of the trade war. “I am fully confident that the yuan will remain a strong currency in spite of recent fluctuations amid external uncertainties,” he said.

Still, Trump’s tariffs, coupled with the yuan depreciation, have left investors concerned that the trade war is spiraling out of control.

As a result, investors poured money into safe assets such as government bonds, and the yield on U.S. Treasury debt fell to its lowest level since 2016.