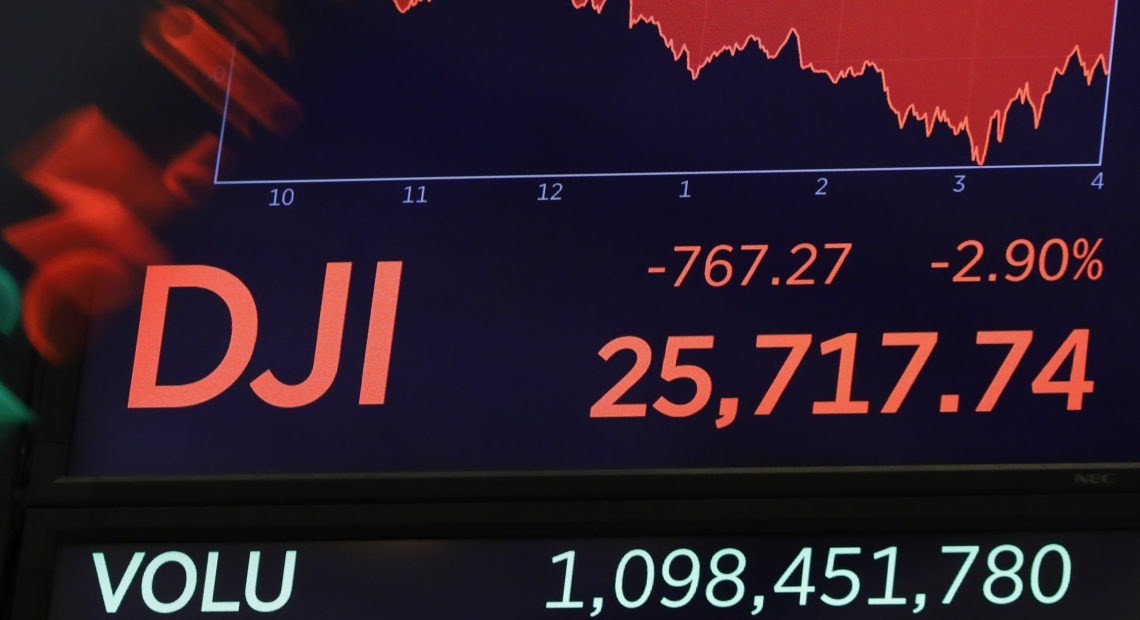 PHOTO: The Dow Jones Industrial Average closed down Monday, as did the S&P 500 and Nasdaq, as trade tensions between the U.S. and China increased. CREDIT: Richard Drew/AP

The Treasury Department formally labeled China a currency manipulator Monday, after Beijing allowed its currency to fall to an 11-year low. The tit-for-tat moves mark the latest escalation in the two countries’ trade war, which triggered a sharp sell-off on Wall Street.

While President Trump has long accused China of tinkering with its currency to gain an unfair advantage on world markets, this is the first time in a quarter century the U.S. has formally accused Beijing of currency manipulation.

The Treasury secretary will work with the International Monetary Fund “to eliminate the unfair competitive advantage created by China’s latest actions,” the department said in a statement.

Signs the two sides are digging in for an extended trade battle rattled investors on Monday. The Dow Jones Industrial Average fell 767 points, or 2.9%. The S&P 500 fell nearly 3%.

“Any investor who had anticipated that President Xi and President Trump would shake hands and reach some kind of an agreement by year-end is probably scratching that scenario off their blackboard,” said Jack Ablin, chief investment officer of Cresset Capital in Chicago.