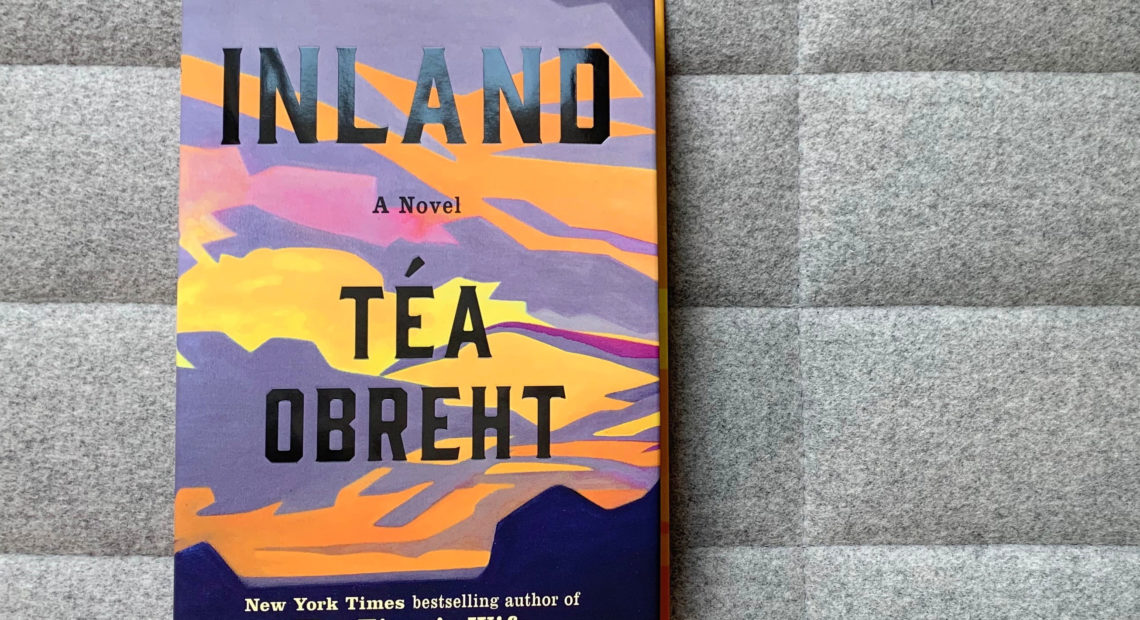 The novelist Téa Obreht loves a challenge. Her bestselling debut, The Tiger’s Wife, wove modern Balkan history into fairy tale, then transformed fairy tale into reality, tigers and all. In her follow-up, Inland, she makes her job even harder. Inland is a Western, set in the drought-stricken Arizona Territory in 1893 and alternating between two familiar Western protagonists, a lovable outlaw named Lurie and a prickly frontierswoman named Nora. Familiar, too, is her raconteur-ish narrative style, which is loose and digressive, with occasional Spanish and a faint old-fashioned patina. In other words, Inland is a classic story, told in a classic way — and yet it feels wholly and unmistakably new.

How? For one thing, there are ghosts. Lurie is a sort of haunting magnet, hyper-susceptible to the desires of the dead. In Inland, each dead person has one want, and Lurie spends much of his life in thrall to one ghost’s need for water, another’s fixation on petty theft. He takes this supernatural servitude in stride, perhaps because it offers him an anchor. Lurie is a long-orphaned immigrant from a Balkan piece of the Ottoman Empire — his name is a wild bastardization of his father’s last name, Djurić — and without the wants of the dead, he has little to tether him to his new continent, or his old one.

This is a crucial difference between Inland and earlier Westerns, whose heroes tend to be white Protestants. Lurie is loosely Muslim, as are many of the minor characters in his plotline, which intersects with Nora’s at the novel’s climax. He gets called a Turk, a Hebe, and a “small hirsute Levantine.” His ethnic ambiguity seems to disturb most people he meets, most notably a pair of “dull, happy-cabbage boys from Tennessee” who ride with him as outlaws, then sell him out to a United States Marshal. Lurie spends the rest of Inland in flight, which means that unlike most Western heroes, he has no ability to stake a claim. As a result, Lurie’s part of Inland cannot be a story of dominion or conquest. Instead, it becomes a platonic love story.

The object of Lurie’s love is a camel named Burke, with whom he treks westward from Texas and to whom he addresses his story. Lurie adores Burke, and Obreht lavishes her finest writing on the camel, and camels in general, who, on the one hand, are “not for the faint of heart. They are faster than one might expect, and twice as rattletrap. They are frowlzy and irate. Their fur sloughs off and drifts, filling the air with a sweet, malty stench.” On the other, “Their eyelids are thatched with the loveliest lashes God ever loomed. They are sturdy from their ears to the soles of their feet. Their hearts belong to their riders.”

Burke and Lurie’s friendship is imaginative and tender, moving enough to take his story into thoroughly un-macho territory. What machismo there is in Inland belongs to Nora, who is terrified to admit weakness to anyone but the ghost of her long-dead daughter, Evelyn. In her dealings with the living, Nora is no-nonsense to a fault. She’s incapable of admitting wrongdoing or acknowledging danger, including the danger of drought. When the novel begins, her husband Emmett has disappeared while searching for water, and Nora refuses to accept his disappearance, though that refusal means she might well die of thirst.

This is another crucial difference between Inland and its predecessors. Nora is not some Arizona Territory cool girl, charmingly without need. Her needs are real and desperate, and by ignoring them, she creates a spreading arc of damage and destruction. Nora’s toughness is no asset, even in hardscrabble Amargo, Arizona. Her obstinacy gets two people injured. It wrecks both her best friend’s reputation and her relationship with her two elder sons. Yet Obreht makes it impossible to hold that stubbornness against her, both by offering the soft counterpoint of her dialogue with Evelyn and by making clear that Nora is replicating male behavior. No man has ever quite listened to what Nora wanted, and so how could she know to listen when left in charge?

Yet Inland is a novel built on the need to be heard. Nora talks ceaselessly to Evelyn, and Lurie talks ceaselessly to Burke. He has a rare moment of non-camel-induced happiness on meeting a writer who promises to chronicle his cameleering life. After their interview, Lurie thinks, “There was some certainty now that we would be remembered, side by side, all of us, camels and cameleers alike.” Inland offers a similar certainty, stepping closer to remembering “all of us” — in both senses of the word all. Obreht offers a new representation of the West, both in the characters she chooses and the emotional rigor and range with which she writes. The result is at once a new Western myth and a far realer story than many we have previously received — and that’s even with all the ghosts.