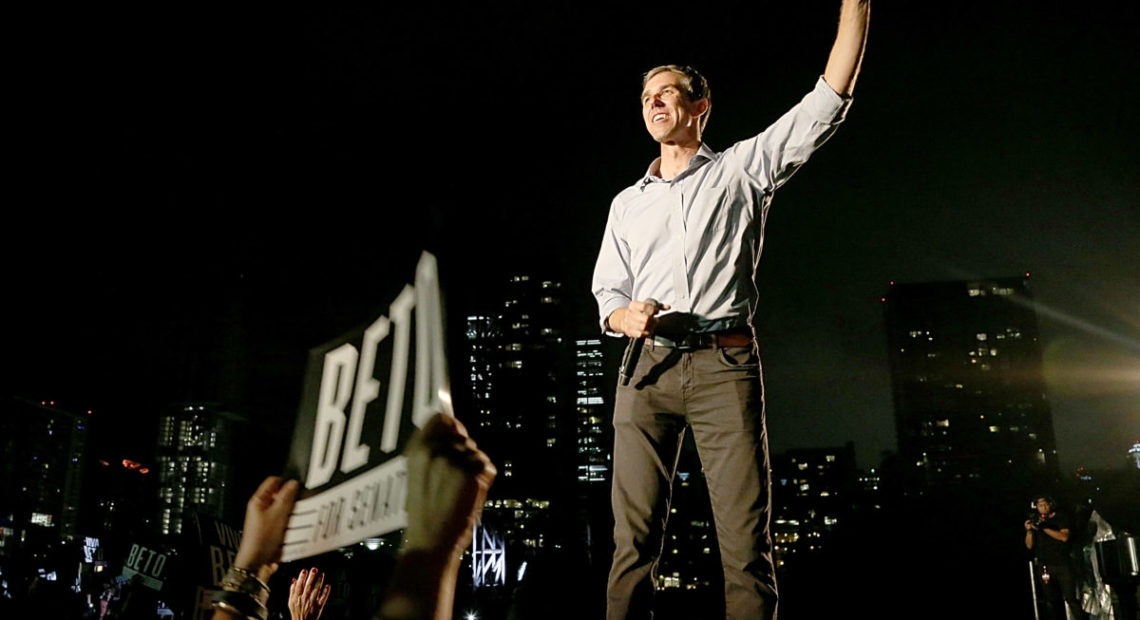 Will Low-Polling Democrats Jump From Presidential Runs To Senate Races?

A whopping 23 Democrats are running to defeat President Donald Trump, but only one can win, leaving many to ask whether low-polling candidates should bow out and instead help flip the U.S. Senate to their party.

Whoever wins the presidency will be unable to break Congressional gridlock and get the sweeping changes they’re promising without control of the Senate. Even with a Democrat in the White House, the party will still need to flip three seats. They’d need four seats to gain control of the Senate with Trump in the White House, because the vice president can vote to break a Senate tie. 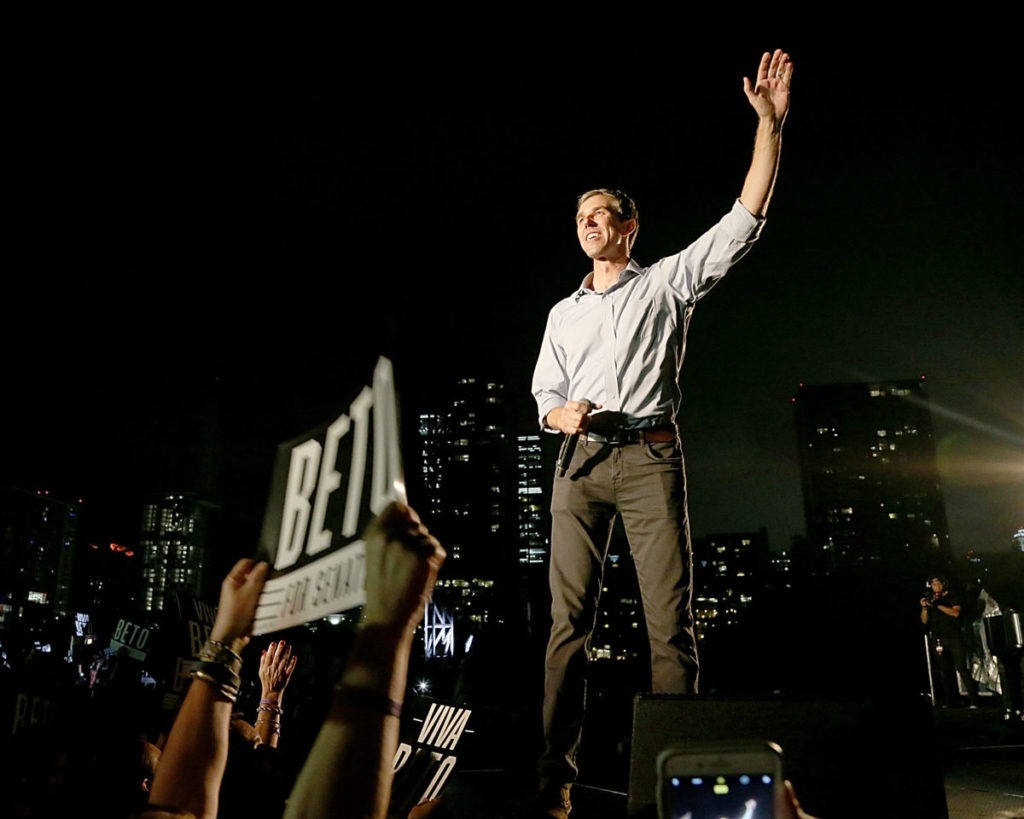 Beto O’Rourke speaks on stage during the Willie Nelson concert in support of his campaign for U.S. Senate at Auditorium Shores on September 29, 2018 in Austin, Texas. CREDIT: GARY MILLER/GETTY IMAGES

From homestate newspapers to political activists, the calls for 2020 presidential candidates to drop out and run for Senate have been growing louder, especially for the candidates from competitive states who have failed to break through on the national stage.

On Aug. 10, after the mass shooting in El Paso, the Houston Chronicle’s editorial board wrote an op-ed appealing to Beto O’Rourke. “Beto, if you’re listening: Come home. Drop out of the race for president and come back to Texas to run for senator,” the board wrote.

But so far, O’Rourke and others are not biting.

Colorado, Montana and Texas are all home to both important Senate races and low-polling presidential candidates — former Gov. John Hickenlooper in Colorado, Gov. Steve Bullock in Montana and both O’Rourke and Julián Castro in Texas.

Texas is currently rated as a “solid R” state by the nonpartisan Cook Political Report, but after O’Rourke lost by just 3 percent in 2018, analysts think it could become more competitive with the right candidate. Republican Sen. John Cornyn currently holds the seat, but Cal Jillson, a political science professor at Southern Methodist University, says Cornyn’s support is broad but not deep. “The sense is that he might be beatable if you had the right candidate,” Jillson said. “Either Castro or O’Rourke would be stronger Democratic candidates against Cornyn than any who are currently in the race.”

O’Rourke’s strong showing against Cruz, the closest race in Texas in 40 years, is tantalizing for Democrats who want to flip the seat, but O’Rourke has repeatedly made it clear that he doesn’t want to run for Senate. He returned to El Paso after a recent mass shooting and briefly suspended his presidential campaign, but on Thursday, he was adamant about pushing forward. “I will not in any scenario run for the United States Senate. I’m running for president,” he told MSNBC’s Lawrence O’Donnell.

There are 12 Senate seats currently held by Democrats and 22 held by Republicans that will be put up to a vote in 2020. But political analysts say there are only a few races that are expected to be close. According to the Cook Political Report, Arizona, Colorado and Maine all have Republican seats that are at risk of being flipped to the Democrats. In Alabama, Democratic incumbent Sen. Doug Jones faces an uphill reelection fight in an overwhelmingly Republican state.

On Thursday, Hickenlooper formally ended his presidential campaign. In his announcement he said he was giving “some serious thought” to a U.S. Senate run from Colorado.

Colorado has one of the Senate seats considered a toss-up in the 2020 elections and the Democratic field is crowded, increasing pressure on Hickenlooper. The incumbent senator, Cory Gardner, is a Republican, but Hillary Clinton won the state in 2016. Hickenlooper is a former governor and mayor of Denver, so he’s well-known and popular. According to an August poll by the Garin-Hart-Yang Research Group, Hickenlooper would have a 51 point lead over the next-closest Democrat in a primary election.

Bullock of Montana was a late entry into the race for the White House and has failed to gain traction, leading to many to question why he isn’t running for the Senate instead. Montana’s Republican Senator Steve Daines is up for reelection this year, and though the race is considered pretty safe for him, that could change with a high-profile challenger.

“I mean, that’s not a competitive race right now but certainly if [Bullock] were to run it would be,” Duffy said. Bullock won the governorship as a Democrat in 2016, despite the state going solidly for Trump. But for his part, Bullock says he’s not interested. When PBS NewsHour’s anchor and managing editor, Judy Woodruff, asked him earlier this month if he was ruling out a Senate run, Bullock said: “I’m ruling it out.”

Of course, once a candidate has White House aspirations, they are hard to give up. And Trump’s unconventional style has thrown conventional wisdom about what it takes to win out the window. Hickenlooper never polled above 2 percent in any national polls, according to FiveThirtyEight, so it makes sense that he decided to drop out. Bullock’s numbers are also quite low, but O’Rourke still has a national profile.

Jillson points out that for the presidential candidates mulling a Senate run, there are formal and informal deadlines. For Castro and O’Rourke in Texas, the deadline to declare a run is Dec. 9th. “The informal deadline before that is that you cannot discredit yourself in the presidential race by failing abjectly and then jump out of that into a Senate race with any momentum,” Jillson said.

And even if Democrats manage to convince presidential candidates to jump into the fray, flipping three of four seats will be a challenge. In addition to Jones’ tough fight in Alabama, Democrat Gary Peters is running for reelection in Michigan, a state that went for Donald Trump in 2016, making the future of that seat unclear.

Right now, Duffy says right now, the Senate isn’t in play for Democrats, but “that doesn’t mean that it won’t be by next summer.”