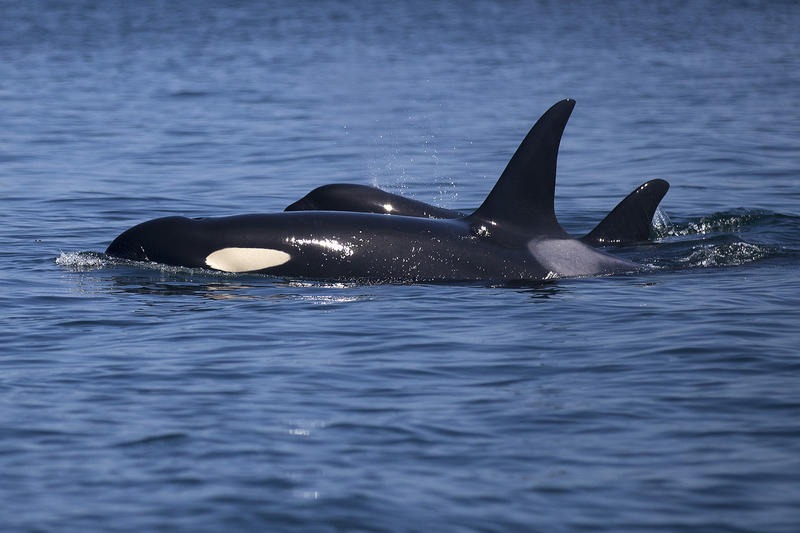 Whale watch tour companies have knocked a proposed orca protection initiative off the November ballot in San Juan County, Washington. The ballot measure would have asked voters to greatly increase the stand-off distance between boats and endangered killer whales.

San Juan County is normally a prime feeding area for the dwindling population of Southern Resident killer whales. However this year, the critically endangered orcas have been largely absent from the archipelago, probably because their preferred prey of Chinook salmon are scarce.

The ballot measure sought to create a 650-yard buffer zone around endangered resident orcas when they are present in San Juan County waters in order to reduce vessel disturbance to the animals. That distance rule would have roughly doubled the recently expanded no-go zone set by the Washington Legislature. Earlier this year, state lawmakers voted to increase the viewing distance from 200 yards to 300 yards. In addition, boats are now forbidden from following closer than 400 yards behind a pod of endangered orcas.

On Thursday, a judge in neighboring Skagit County granted a request from four whale watching companies to strike down the proposed initiative. The case was heard in Skagit County because San Juan County was named as a defendant.

The whale watch industry argued in their pre-election challenge that the orca protection initiative impinged on rulemaking authority that belongs to the state and federal government. The San Juan County prosecutor echoed that assertion in his own legal brief, saying the matter was beyond the purview of a local ballot measure.

“This is not the process by which to put an enforcement-level tactic on the water,” Kelley Balcomb-Bartok, communications director for the Pacific Whale Watch Association, told public radio. “This is not how it’s done.”

Supporters of the orca initiative collected more than 2,600 petition signatures to qualify for the fall ballot. The minimum needed to get on the county ballot is 1,635. The campaign said in a Facebook post that it was deeply disappointed that “the people have been stripped of their rights and corporate interests have prevailed.”

Lopez Island grandmother Sorrel North organized the advocacy group Southern Resident Protection to sponsor and promote the San Juan County citizen initiative. The Facebook update said members of the group have gone into personal debt because of the legal challenge, but that the campaign would not rest until orcas get more space to forage, hunt and communicate in peace.

“After an unprecedented absence, the whales finally returned home a few days ago to seek out salmon and already they are being hounded by masses of boats from dawn to dusk,” Southern Resident Protection wrote. “It is a shameful spectacle.”

Balcomb-Bartok, who lives on San Juan Island, said the proposed 650-yard viewing distance for whale watch boats would be impractical and potentially counterproductive.

“If we were to have been pushed back in San Juan County to the 650 yards, then we do nothing but witness from half a mile away the constant and continued harassment of whales by vessels that might even not know whales are present,” Balcomb-Bartok said Monday. “The role of the professional whale watch community is as sentinels. This ability to provide a buffer zone and a visual warning that (whales) are present is a very powerful tool that provides protection for the whales.”

San Juan County Auditor Milene Henley said she does not expect an immediate appeal of the ruling by Superior Court Judge David Svaren because the 2019 general election ballot is close to being finalized. However, Henley predicted “people will be upset” when word gets around the islands that the ballot measure was invalidated given that the proponents put a lot a work into it.

Meanwhile in Seattle Monday, two environmental groups filed suit in U.S. District Court against the federal government to try to establish a whale protection zone in a 10- to 12-square mile area west of San Juan Island. The lawsuit seeks to bar most boat traffic from the area from April through September so that endangered resident orcas could enjoy “peace and quiet” while they search for food.

The question of whether boat-based watching tours are really harmless has become more urgent in Washington state, where Southern Resident killer whales have been declining since the 1990s. Continue Reading Puget Sound Whale Watchers Accused Of Loving Endangered Orcas To Death 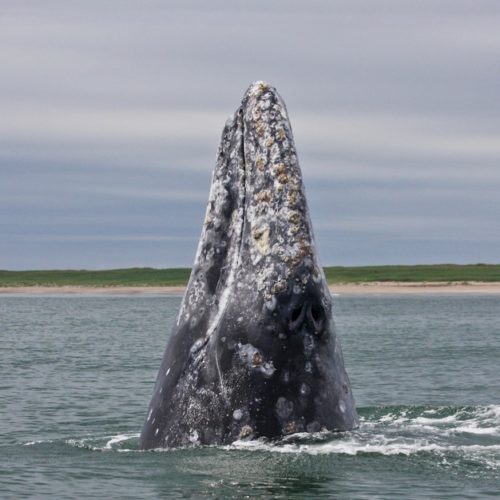 Gray whale sightings are up on the Oregon and Washington coast in recent weeks. Continue Reading Gray Whale Sightings Up Off Northwest Coast