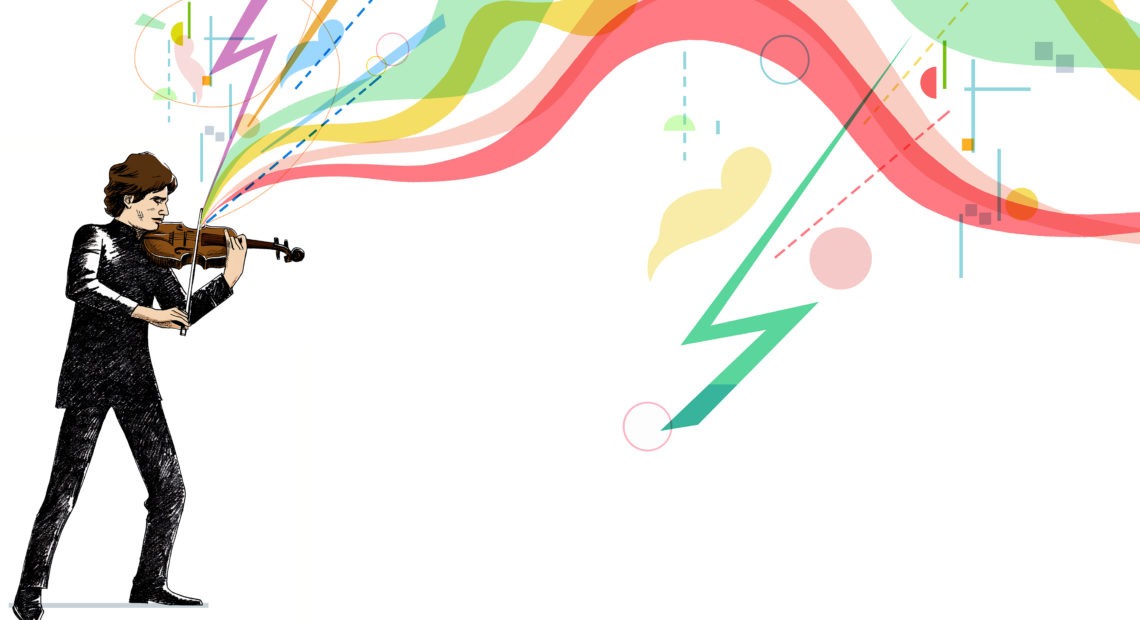 With over 100 recordings of the Brahms concerto to choose from, who needs another? But Hadelich demonstrates he is an intimate communicator with his 1723 Stradivarius, making it sing as sweetly as any of his peers in the Adagio, which sports one of the composer’s most tender melodies. The Norwegian Radio Orchestra, led by Miguel Harth-Bedoya, provides transparent, chamber music-like textures, but also flexes considerable muscle in the concerto’s outer movements.

Hadelich also has a secret sauce for this piece, and it’s in the cadenza. That’s a passage in many concertos where the soloist gets to show off with a solo. For this recording, Hadelich composed his own cadenza to close out the first movement. Like building a house in a historic district, the violinist respects the architecture of the neighborhood, but his design is fresh. It puts Hadelich’s precision, agility and grit on display while he riffs on themes from earlier in the piece.

The Grammy-winning violinist is 35 years old and makes it all sound easy, but his road to success wasn’t. Hadelich, who was born to German parents in Italy, gave his first concert at age 7. But when he was 15, an accident on his family’s farm left his face and his right hand badly burned. Some doctors doubted he’d ever play again. But after surgeries, physical therapy and a lot of courage, he won the prestigious Indianapolis Violin Competition. His career was launched, with a technique that blends lyrical elegance and flexible strength. And that is what’s needed — in spades — to play the Ligeti concerto, one of the craziest and most confounding in the repertoire.

Completed in 1992, the five-movement work is a ferocious, fascinating ride. The composer filters old musical formulas through his kaleidoscopic lens, pushing the soloist to the brink. Hadelich masters all Ligeti’s tricks, every nuanced color and ethereal sound the instrument can make. Chaos is around every corner, but also moments of serene beauty.

Hadelich brings his secret sauce to this concerto too, with another brand new cadenza. This one written for Hadelich by Thomas Adès, the masterful British composer. It dovetails perfectly into the concerto’s slam-bang final notes. It’s the most astounding passage of the entire album. When Hadelich first saw the score, he thought it was unplayable. But it became just one more road block this singular violinist has vaulted over in his blossoming career.