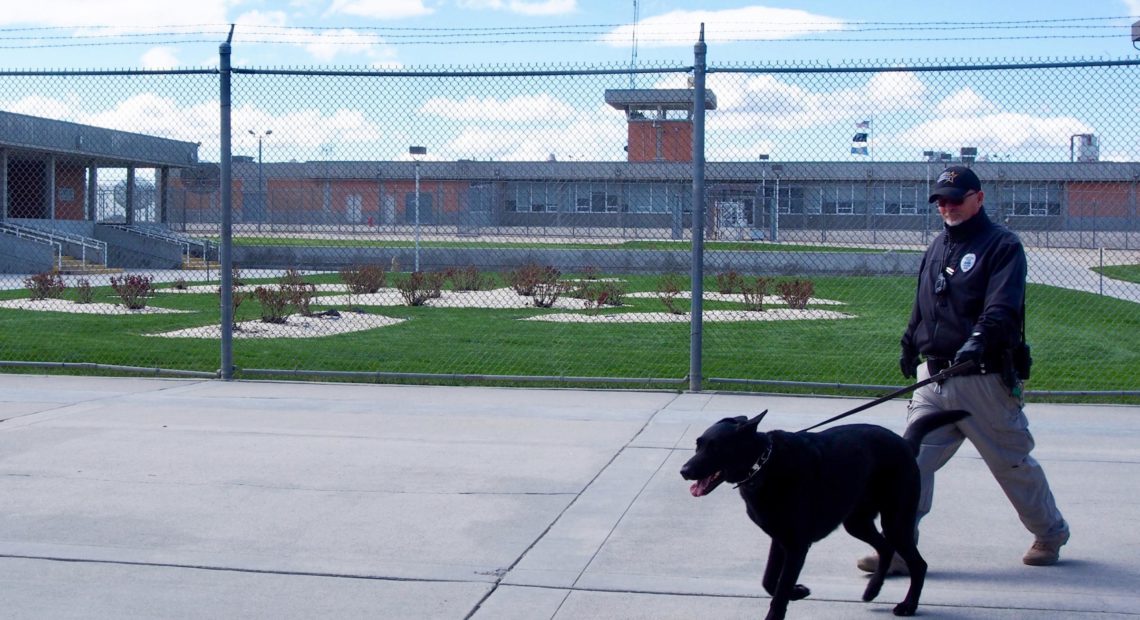 PHOTO: Court orders that the state of Idaho pay for gender confirmation surgery for Adree Edmo, a transgender inmate who was incarcerated at the Idaho State Correctional Institution, pictured above. CREDIT: Heath Druzin/Boise State Public Radio

The 9th Circuit Court of Appeals has ruled that the state of Idaho must provide gender confirmation surgery to inmate Adree Edmo.

The panel of judges agreed with Federal District Judge B. Lynn Winmill’s ruling in Edmo’s favor last December, writing that his findings were “logical and well-supported” and that, “responsible prison officials were deliberately indifferent to Edmo’s gender dysphoria, in violation of the Eighth Amendment.”

That means Edmo could be the first transgender inmate in the nation to receive sex reassignment surgery through a court order.

Edmo is serving a 10-year prison sentence for sexually abusing a 15-year-old boy when she was 22. Edmo is scheduled for release in 2021 and is not eligible for parole. Per Idaho Department of Correction policy, she will be transferred to a state women’s prison following the surgery.

Idaho has 90 days to appeal the ruling to the Supreme Court. In a statement, Gov. Little wrote, “We cannot divert critical public dollars away from the higher priorities of keeping the public safe and rehabilitating offenders.”

“The hardworking taxpayers of Idaho should not be forced to pay for a convicted sex offender’s gender reassignment surgery when it is contrary to the medical opinions of the treating physician and multiple mental health professionals,” he wrote.

But the 85-page opinion from the 9th Circuit repeatedly rejected those opinions from Edmo’s healthcare providers.

“It is enough that [her doctor] knew of and disregarded an excessive risk to Edmo’s health by rejecting her request for [gender confirmation surgery] and then never re-evaluating his decision despite ongoing harm to Edmo,” the judges wrote.

Despite two other physicians agreeing with the original treatment plan, the ruling found that “general agreement in a medically unacceptable form of treatment does not somehow make it reasonable.”

Edmo’s lead attorney, Lori Rifkin, called the news of the appeal “unfortunate” and “reprehensible.” “She suffers every single day while they have denied this treatment to her for years and there can be no reason justifying Idaho’s continued refusal to provide her care except bias,” Rifkin said.

Edmo is diagnosed with gender dysphoria, which can cause a person severe distress stemming from being born in a body that does not match their gender identity.

Treatments for gender dysphoria can vary. Some people experience relief by changing their appearance through clothing or receiving hormone treatments. Others require more medically intensive transition-related care, such as mastectomies or gender confirmation surgery.

“…prison authorities have not provided that treatment despite full knowledge of Edmo’s ongoing and extreme suffering and medical needs,” the judges wrote in their decision Friday.

Edmo has twice attempted self-castration while in prison to try to alleviate her symptoms of gender dysphoria and more closely conform her physical body to her gender identity.

The ruling doesn’t mean that the Idaho Department of Correction will now have to provide gender confirmation surgery to all transgender inmates. Rather, it sets a standard for providing the surgery to certain inmates who experience severe gender dysphoria and for whom the surgery is deemed medically necessary.

Federal district Judge B. Lynn Winmill ruled in Edmo’s favor in December 2018, and ordered the prison to provide the surgery. Now that the 9th Circuit has agreed with the lower judge, the state and Corizon, the state’s contracted healthcare provider for prisons, will have to move forward with arranging for the procedure, which can cost between $20,000 and $30,000.

This issue could be timely for the Supreme Court. In two similar cases in the 5th and the 1st Circuit Courts of Appeals, judges ruled against inmates requesting gender confirmation surgery. With this decision, there’s now a split in the circuit courts. That could make it more likely that justices would consider the case.

The 9th Circuit Friday explicitly rejected the 5th Circuit’s opinion, which found that denying an inmate gender confirmation surgery could not violate the Eighth Amendment.

The ruling found that the 5th Circuit’s decision, “Relies on an incorrect, or at best outdated, premise: that ‘[t]here is no medical consensus that [gender confirmation surgery] is a necessary or even effective treatment for gender dysphoria.’ ”