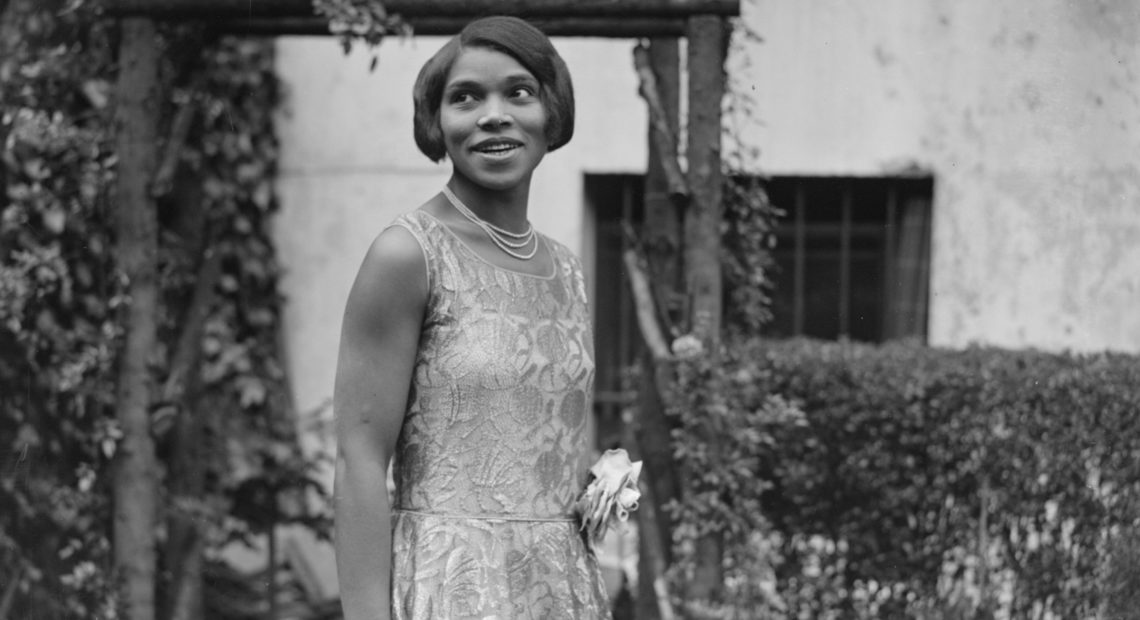 Marian Anderson: A Classical Singer And The Most Modest Trailblazer

Classical singer Marian Anderson was one of the all-time greats — both as an artist, and as a cultural figure who broke down racial barriers. She is best known for performing at the Lincoln Memorial in 1939, after she was denied permission to sing for an integrated audience at Washington’s DAR Constitution Hall. But she was much more than that — she helped shape American music.

Marian Anderson was so talented as a child that the church she attended took up collections to help pay for music lessons. That was when she first learned how to sing, as Anderson told NPR member station WQXR in 1974 (in a interview that is now part of the Marian Anderson Papers at the Kislak Center for Special Collections, Rare Books and Manuscripts at the University of Pennsylvania). 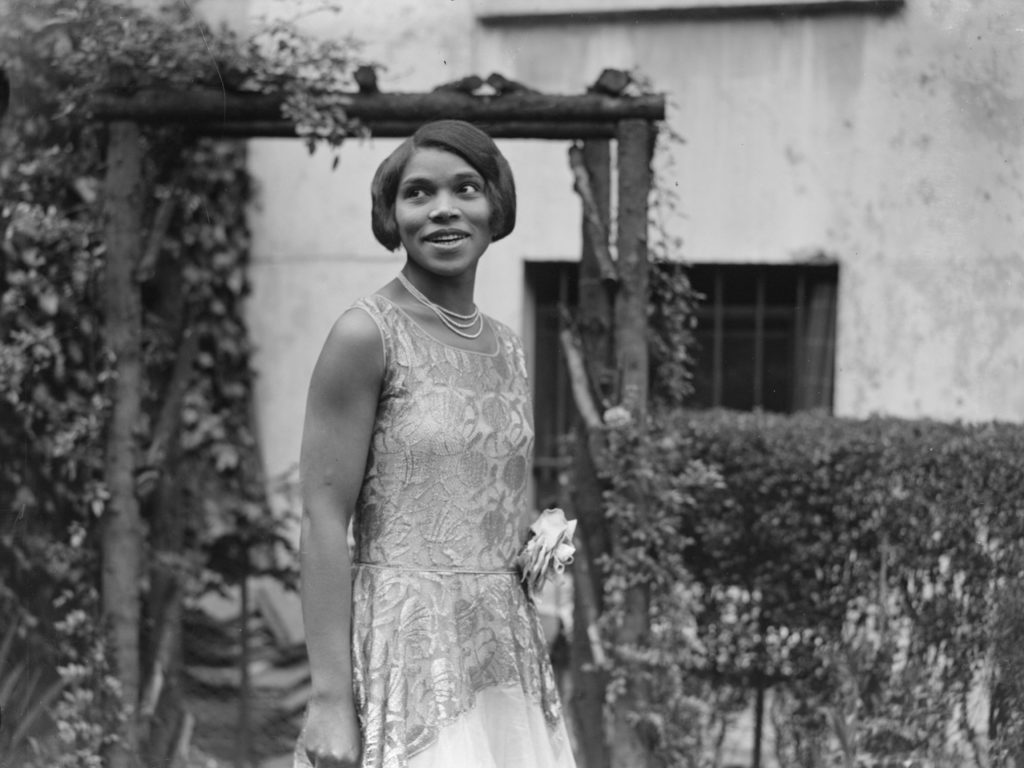 “I became aware for the first time that there were two ways of doing it,” Anderson told WQXR. “One was absolutely natural and one was one that I had to think about. But I know if you’re going to do anything, you have to know how you’re going to do it and why you’re doing it that way.”

In that radio interview, Anderson’s innate modesty comes through: She often refers to herself as “we” or “one” — not out of grandiosity, but because she was keenly aware that she, too, stood on the shoulders of others. When she sang “My Country ‘Tis Of Thee” at the Lincoln Memorial, she changed the words “of thee I sing” to “to thee we sing.” In later years, she explained: “We cannot live alone. And the thing that made this moment possible for you and for me has been brought about by many people whom we will never know.”

Anderson not only sang European classical music, but she presented spirituals as high art as well. Her parents were born just a few years after the end of the Civil War. Her mother had grown up in Virginia — a former slave state. Singer and multi-instrumentalist Rhiannon Giddens says by performing spirituals in the concert hall, Anderson linked generations of listeners to Black American history.

“It’s not just ‘Oh, I’m singing Mozart,’ Giddens observes. “There’s this knowledge of, ‘I am actually uplifting my entire race by singing this music’ — and there’s a lot of that, especially in the early years [of recorded music], where it was still fairly rare to see a Black person singing in a classical manner even though that’s been part of African-American culture since the beginning of being here. I think people feel that — they feel there’s something else going on. They feel that there’s another allegiance there. It’s not just an allegiance to Western art music, there’s also an allegiance to a lifting of the culture through the art form. And that’s a very powerful thing.”

Anderson was a contralto; she could go much deeper than most female singers. Giddens says that Anderson used that voice — and her classical training — to channel intense emotions.

“Some singers are able to tap into the core of their sound in a way so that it feels like there’s nothing in the way,” Giddens says. “There’s no sort of translation going on, there’s no doorway.”

Certain doors were closed for Marian Anderson in the United States. So, like so many Black artists and creators, she made much of her career in Europe, where she was welcomed. She even performed for the great Finnish composer Jean Sibelius in his home.

“I remember that Sibelius came over to me, embraced me and said, ‘My roof is too low for you,'” she told WQXR in 1974.

At home, Marian Anderson’s performance at the Lincoln Memorial is what has gotten memorialized. But she encountered intense racism in the U.S. long after that famous concert. She didn’t made her debut at New York’s Metropolitan Opera until 1955, when she was already 57 years old; she was the first African-American soloist to appear at the Met. Her performance came just months after the Supreme Court decided Brown v. Board of Education, and the same year that Rosa Parks refused to give up her seat on a bus in Montgomery, Ala.

Getting into the Met was a hard fight, as her biographer, Allan Keiler, told NPR in 2000. “There was a tremendous resistance to bringing Black singers to the Met,” Keiler said. “The Metropolitan board was against it. It was very difficult to make any inroads.”

Keiler added that Anderson was decades older than most singers are when they make a debut like that. In fact, hers came only about ten years before she retired.

“It must have taken enormous courage for her to accept that invitation,” Keiler said. “I think she did it because she knew how important it was for singers who were younger to have an opportunity to sing, not because she was artistically at the high point of her career any longer. It was for others that she sang there, not for herself.”

Noted Canadian soprano Measha Brueggergosman says, “That’s grace, when you accept the hand extended to you even though it had slapped you in the face countless times before. That’s grace.”

Brueggergosman says Anderson brought her very particular experiences as a Black woman of her time to her art. “There is a certain assurance that comes from — I mean, let’s say it — women of that age, but more specifically Black women of that time, who just knew that they would have to forge on, against all odds, and just got about doing their work. And that’s very much how I see Marian Anderson.”

Brueggergosman shares Marian Anderson’s deep Christian faith — and, the younger singer says, she can hear those convictions radiating out of Anderson’s recordings. She points to Anderson’s recording of Mahler’s Kindertotenlieder as an example; it’s a song cycle about the death of children.

“The world lives in deep emergency, in deep sorrow, in deep pain,” Brueggergosman says. “The beauty of salvation is that all this is true, but God is still on the throne. That transition from, ‘It’s total crap here’ to ‘I’d rather be in heaven’ — Anderson is so inseparable from that transition. In my mind, I have called to that transition over and over in countless situations, whether they be musical or not.”

Both Brueggergosman and Rhiannon Giddens say they owe a lot to Marian Anderson — for her convictions, for her artistry and for the path that she laid for them and so many others.