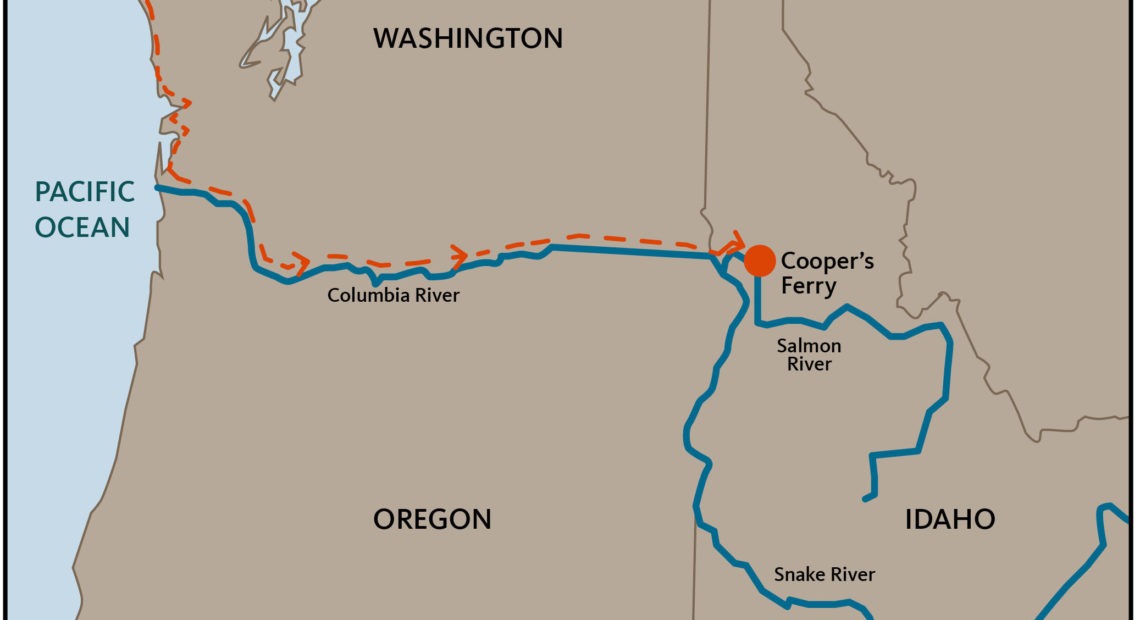 From North-Central Idaho: Signs Of Some Of The Oldest Human Presence In The Hemisphere

An archaeological dig along the Salmon River in western Idaho has yielded evidence of one of the oldest human settlements in the Americas yet found.

Newly published findings from the excavation give impetus to a scientific rethinking of when and how the first people arrived in North America.

A team led by Oregon State University uncovered distinctive spear points and stone tools next to animal bones and charcoal that could be dated.

This was at a riverside terrace called Cooper’s Ferry on Bureau of Land Management property south of Cottonwood, Idaho.

OSU archaeologist Loren Davis, the lead author of a report published Thursday in the journal Science, said carbon dating in the lowest, oldest site layer came back at between 14,000 and 16,000 years old.

“The Cooper’s Ferry site is the best-dated and oldest archaeological site in the Americas right now,” Davis said in an interview with public radio. “I think that is something the people of our region in the Northwest should be very proud of, especially in western Idaho where people may not realize that such a record exists right under their feet.”

Nez Perce tribal archaeologists and students were part of the excavation team. The location is known to the Nez Perce Tribe as an ancient village site named Nipéhe. 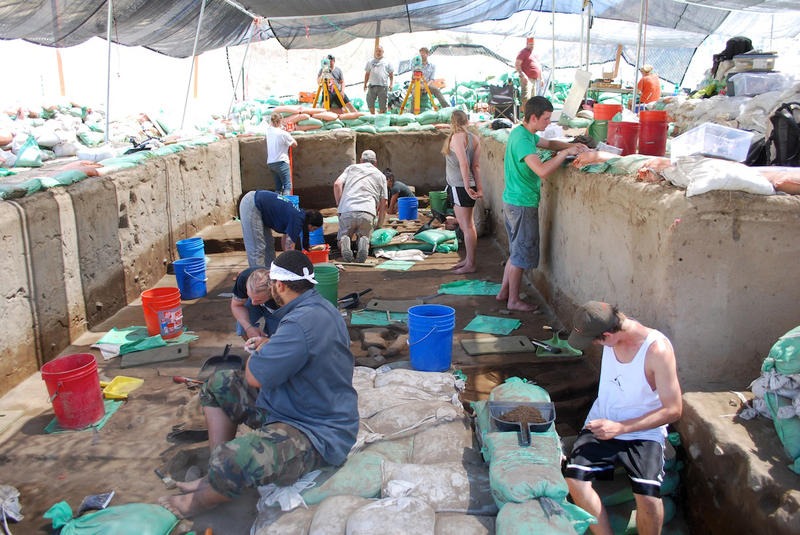 Davis said the discoveries at Cooper’s Ferry poke more holes in a traditional teaching of how the Americas were first populated. He explained the initial human migration from northeast Asia had to follow the Pacific coastline, not gone down a widely theorized corridor through the interior of North America. The inland route would have been blocked by ice back then, 15,000 years ago.

“One of the things Cooper’s Ferry does is put another nail in the coffin of that earlier theory,” said Donald Grayson, a University of Washington emeritus professor of anthropology. “A coastal route is becoming more and more obvious. They were not walking. They had use of a vessel of some kind.”

Grayson said he visited the western Idaho site during an earlier phase of the long-running excavations, but was not involved in the study published Thursday.

Grayson said the theory of sea migration as the means for the initial peopling of the Americas is getting more currency in scientific circles as different teams of archaeologists, such as Davis’, uncover older and older evidence of human activity in places that could not be reached at that time by walking from Asia over the Bering Land Bridge and then down an ice-free corridor through present-day Alberta. 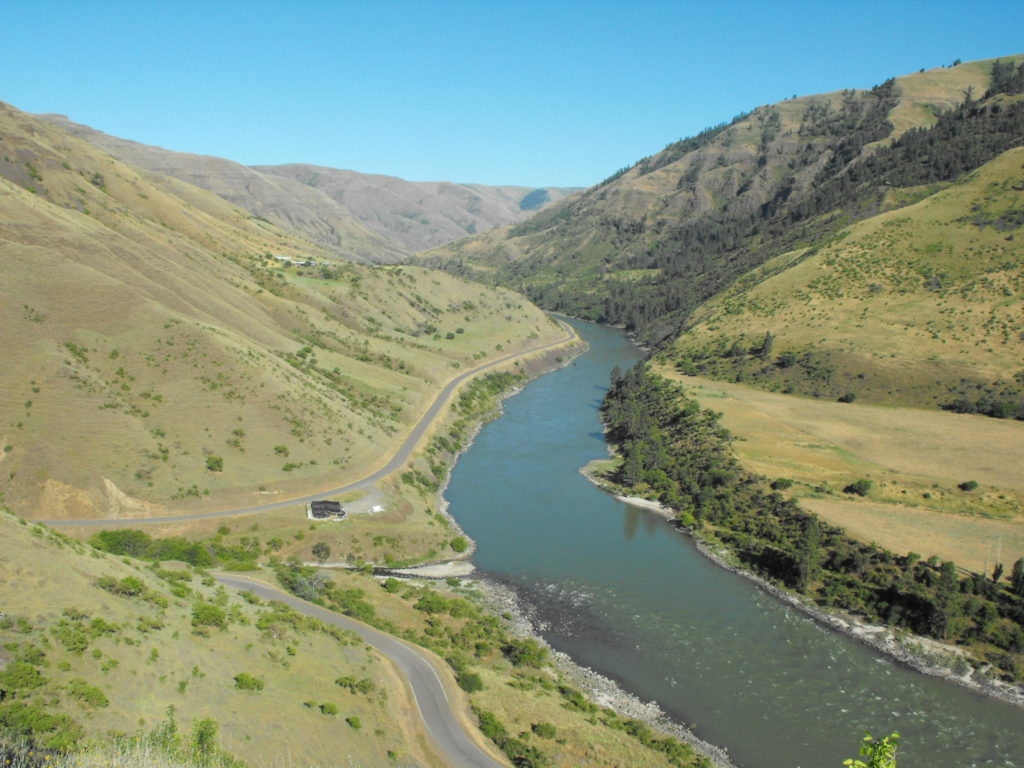 The archaeological site is at the confluence of Rock Creek and the Salmon River in western Idaho. CREDIT: Loren Davis/Oregon State University

However, a problem with the coastal migration theory is that the oldest archaeological sites are inland and there’s scant corroborating evidence along the Pacific coastline. Davis noted the ancient coastline is now underwater because the melting of the ice sheets from the last Ice Age has raised sea levels significantly.

As part of a separate project, Davis received funding to survey and map the Oregon nearshore seafloor to look for likely locations of prehistoric habitation. The OSU archaeologist said his next step is to examine seafloor core samples taken recently at promising locations for signs of early human presence.

“Next month we’re going to start to open these cores and see if we were correct with our guesses,” Davis said.

“It would be really amazing to see the earliest evidence of poeple coming into the Americas out there,” Davis added. “The problem with this is that it is technically difficult.”

If Davis deduced correctly, the initial inhabitants of the Northwest would have traveled south along the Pacific coast from the high Arctic until they encountered the mouth of the Columbia River — “the first off ramp off of the Pacific route” not blocked by glaciers.

“It essentially was a left-hand turn for them,” Davis continued. “They could have penetrated into the interior part of the Northwest by walking up the Columbia and paddling up the Columbia. These were places that were probably very comfortable for them.”

The excavation report published in Science noted striking similarities between the stone spear points found at Cooper’s Ferry and other spear points dating from the same general time period which were unearthed in northern Japan. Davis is now collaborating with Japanese researchers to do further comparisons of artifacts from Japan, Russia and Cooper’s Ferry to establish if there is a cultural connection.