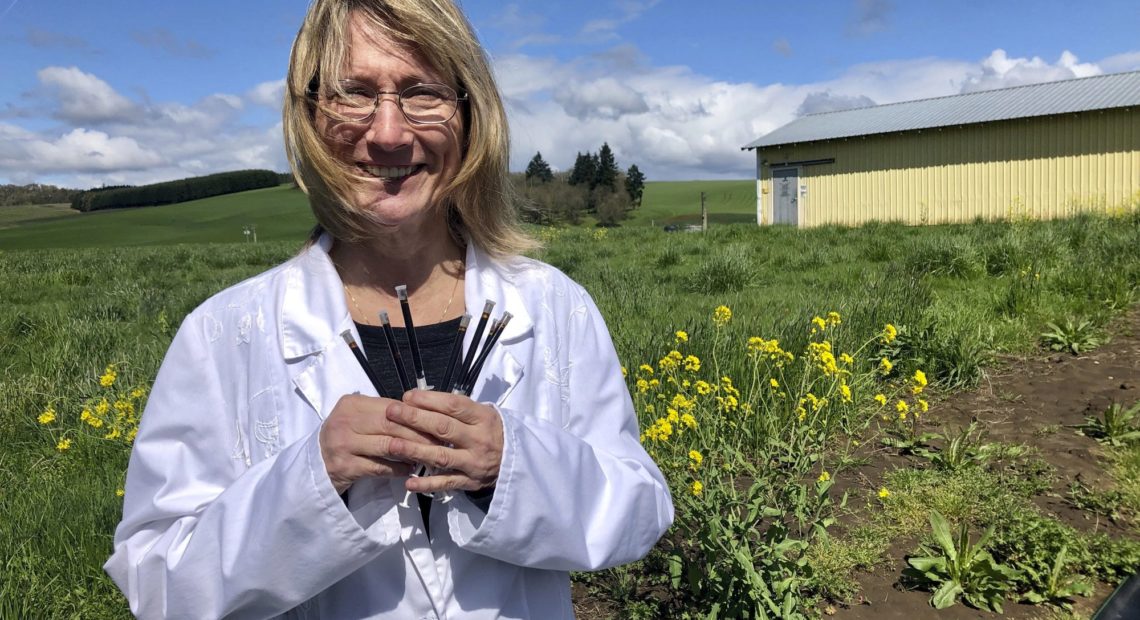 Researchers hoping to study marijuana for scientific and medical purposes are one step closer to expanding their limited supply of the plant.

This week, the federal government announced it would begin processing dozens of pending applications for permission to cultivate the plant for scientific research.

The U.S. Drug Enforcement Administration’s decision comes after several years of delay for some applicants and a lawsuit filed against the agency by one cannabis researcher.

“I am pleased that DEA is moving forward with its review of applications for those who seek to grow marijuana legally to support research,” said Attorney General William Barr in the statement on Monday.

Barr said the Department of Justice will continue to work to improve research opportunities wherever it can.

Even as many states have legalized marijuana for recreational and medical use, scientists who want to conduct rigorous studies of the plant still have only one place where they can get it: a facility at the University of Mississippi, which contracts with the National Institute on Drug Abuse.

This arrangement, which has existed for more than 50 years, amounts to a “monopoly,” says Dr. Sue Sisley who heads the Scottsdale Research Institute in Arizona, which studies cannabis.

Monday’s announcement is a long-awaited follow-up to an earlier policy change. In 2016, the federal government signaled an end to limiting research on cannabis to only one grower when the DEA announced a policy change allowing new cultivators.

More than 30 organizations, including Sisley’s, applied for a license to grow cannabis for research purposes. But the agency didn’t act on the applications, so earlier this year, Sisley filed a lawsuit in federal court demanding it take action.

The government’s latest decision to move forward on the applications arrives just ahead of the court’s deadline for the agency to respond to Sisley’s lawsuit.

“We’re cautiously optimistic,” says Matt Zorn, who represents the Scottsdale Research Institute in the lawsuit. “It’s a positive first step because we were stuck in a kind of administrative limbo.”

Marijuana’s status as a Schedule 1 controlled substance, which is reserved for drugs with “no currently accepted medical use and a high potential for abuse,” has hindered scientific research into its clinical applications.

But how soon aspiring growers will actually get the green light from the agency remains unclear.

In its filing, DEA announced it will be introducing new rules for its program on growing marijuana for scientific and medical research — before deciding on any application.

This additional step has left some advocates for marijuana reform skeptical about whether the DEA’s latest decision indicates real progress.

In a blog post on his group’s website, NORML Executive Director Erik Altieri says he believes the agency’s “foot-dragging will continue.”

“For the past three years, the DEA has failed to take any steps to follow through on its promise to facilitate clinical cannabis research,” writes Altieri.

Sisley’s other attorney, Shane Pennington, says the agency’s latest public statements “that it is behind scientific research to get to the bottom of the safety and efficacy of marijuana is a very big deal.”

Given the years of delay, Pennington says researchers aren’t taking anything for granted yet.

“I have high hopes, but I’ll believe it when I see it,” he says.

“Since the announcement appears to be in response to pending litigation, it’s more likely that they will actually begin to move on this, in response to the pressure from the courts,” University of Washington School of Law professor Karen Boxx said via email.

Members of Congress are increasingly taking notice of the DEA’s slow progress in bolstering the supply of research-grade marijuana.

In May, a bipartisan group of 30 members of the U.S. House sent a letter to Barr and the DEA’s acting administrator, Uttam Dhillon, urging them “to do whatever you can to speed up and improve the research application process” in order to “provide better raw materials for research.”

Even if the federal government acts quickly and starts approving applications, Sisley cautions, it could still take several years for operators to begin producing cannabis that is up to research standards.

“We haven’t really won anything until scientists are finally utilizing real-world cannabis flower in their clinical trials,” she says.

She says she was disappointed by the cannabis she had to use for the study, which came from the Mississippi facility. She described it as “generic batches of moldy, green powder full of stems, sticks and leaves” — far below the quality of what most people are obtaining from dispensaries.

The results aren’t published yet, but Sisley says they are “exactly what you would predict given the poor quality of the cannabis” supplied for the study.

“The scientific community is concerned this is harming our data — our outcomes,” says Sisley.

Will Stone is a freelance reporter based in Seattle. 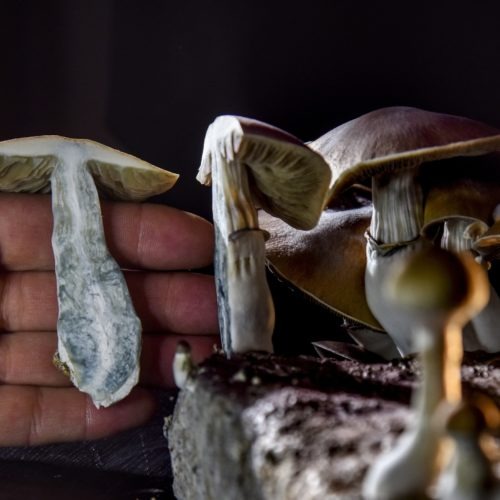 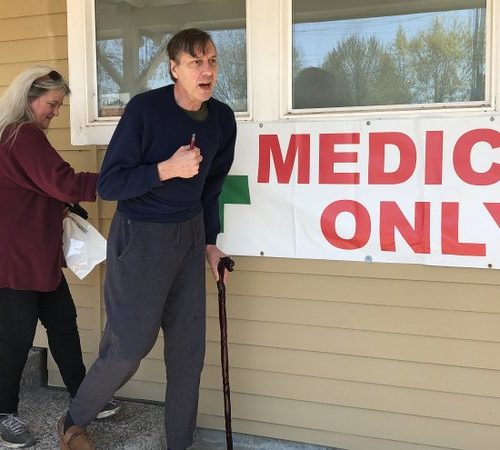 Legal Marijuana For All Takes A Toll On Medical Users, Analysis Shows

When states legalize pot for all adults, long-standing medical marijuana programs take a big hit, in some cases losing more than half their registered patients in just a few years, according to a data analysis by The Associated Press. Continue Reading Legal Marijuana For All Takes A Toll On Medical Users, Analysis Shows 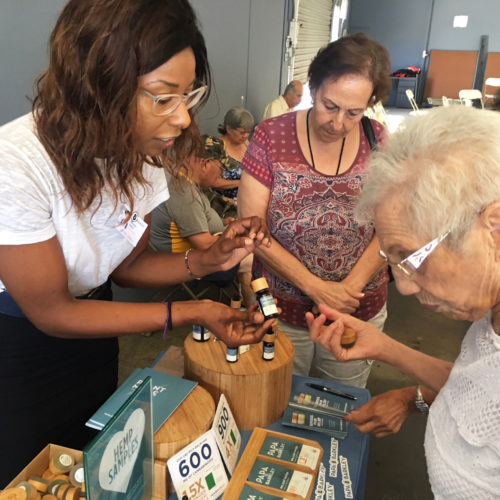 Marijuana dispensaries are reaching out to seniors seeking help with the aches and pains of aging. They’re discovering an array of products and some interesting side effects. Continue Reading Ticket To Ride: Legal Marijuana Sellers Put Seniors On The Canna-Bus