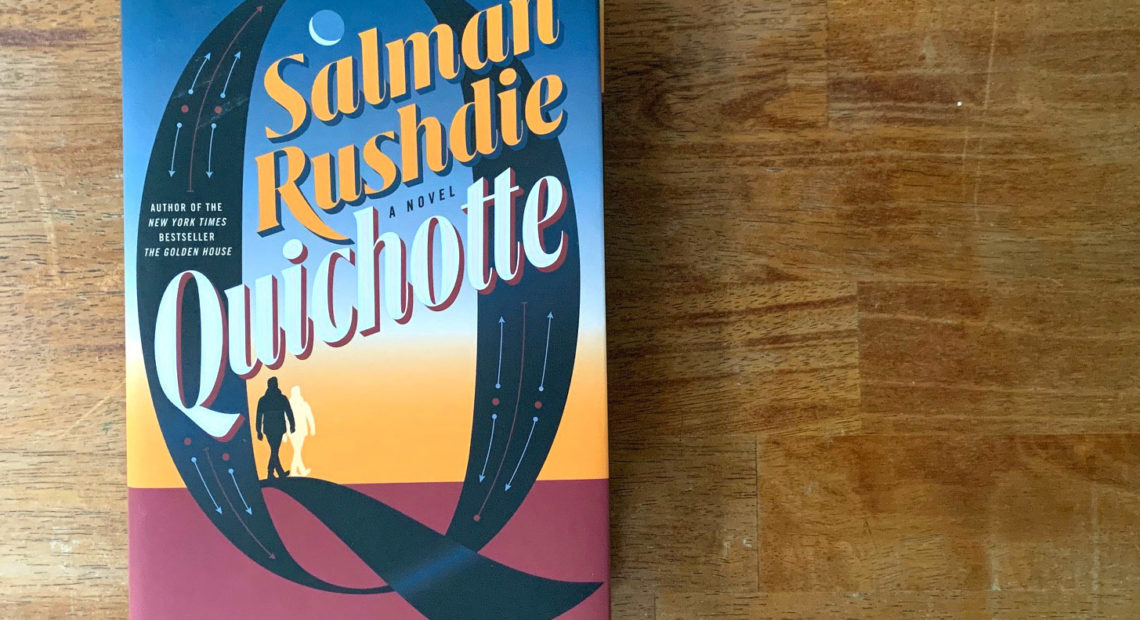 There’s no good way to start a critique of Quichotte, Salman Rushdie’s new novel. There are, depending on how you look at such things, either too many ways in or no way in at all.

Is it a book that needs to be examined in the light of its author’s existence? Of his own life as a British Indian novelist, his past, his family, his love life, his various (quite real) adventures? Or is it one that demands all that be ignored — to be taken simply for the sum of words inside it, evincing no exterior life at all?

Should one (read: me) consider Rushdie’s other works? The shelves of awards? The other worlds he has created and played in? Or should this one — rooted, as it is, so firmly and obviously in this ridiculous timeline we’re currently experiencing, at the moment we’re experiencing it — be held separate? A product exclusively of the doomed and damned moment of its creation? 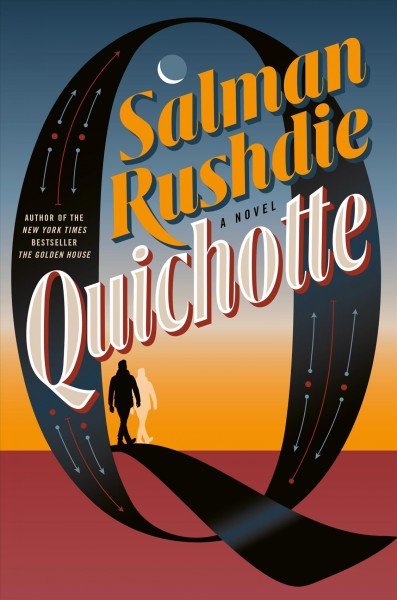 What kills me is that the answer to every one of those questions is yes. Of course. Obviously. Duh. Because Quichotte is a book that exists variously and, thus, must be considered variously. It is, on the one hand, a gutting satire of America right now, India right now, the U.K. maybe five minutes ago (things change so fast…). It is a pastiche of Cervantes’s Don Quixote that’s set among America’s immigrant communities and goes 110 percent off the rails almost the minute Rushdie establishes his connection to the source material.

It is a road trip story that lives on a steady diet of pop culture references which, rather than broadening its appeal, narrows its targeted audience almost exclusively to recent retirees who will catch all its glancing, rapid-fire mentions of Law & Order: SVU, Oprah, various Lifetime movies, Paul Simon, cooking competition shows and Jiminy Cricket. It is a novel of magical realism that bends the notions of “magical” and “realism” so far that it’s like China Miéville trying to rewrite Roberto Bolano. It’s a story of Donald Trump and immigration and Fentanyl and forgiveness. A fantasy missing all the signifiers of fantasy. A comedy where every single joke fails to land completely. It’s got so much music in the words it almost demands to be read aloud. Its so inconstant you’d need one of those serial killer boards made of index cards and string just to unpack the plot.

At it’s most basic, Quichotte is the story of Ismail Smile — a traveling salesman of pharmaceutical products — who falls in love with a woman on TV and sets out on a quest to win her heart. He takes the name Quichotte and starts writing her letters to introduce himself and explain his quest. This man is, obviously, dangerously insane, but he’s also just so…happy. Somehow, in the full and loving embrace of his madness — with his bumbling manner and Quixotic obsession — he becomes a hero. A little sad. A lot damaged. But willing to go full-on bonkers in a world that is going exactly the same direction.

I mean, obviously he isn’t real-real. But also within the dreamland of the novel that bears his name, he isn’t real. Because he is the creation of a mid-list spy novel writer named Sam DuChamp who came up with him one day when it occurred to him that his entire career had been built on lies and secret identities and that what he truly wanted before the reaper caught up to him was to write something real.

But wait! Sam DuChamp isn’t really real either. Because there’s another meta-level to this whole narrative, which is the bodiless, god-like narrator who is stitching this all together from varied strands — from the lives and histories of people who all (in one way or another) came from one small part of India, chasing a dream of America. Quichotte gets some page-time, then Sam gets a bit, then Sam’s sister and Salma R, the object of Quichotte’s affections, then Sancho, Quichotte’s son…

Did I forget to mention that there was a Sancho? Because yeah, there is. He’s Quichotte’s teenaged son, appears only in black and white, can talk to spirits (and fairies, crickets, whatever is required), and also is a fabrication of the actually childless Quichotte via the almost-but-not-completely childless Sam. Also, Sancho is invisible to almost everyone else.

So Quichotte, as a book, is a mess.

But it is a beautiful mess. A resonant mess. A daring mess. An absolute mess that somehow hangs together anyway through digressions and departures, looooong stretches of didactic, narrated passages on history and immigration and the opioid crisis, shifts in POV and, you know, reality.

It’s a mess that makes noble (if misguided) heroes of total head-cases — just like Cervantes did. And that’s not nothing. It could be argued that Quichotte is a novel that attempts to reflect back to us the total, crumbling insanity of living in a world unmoored from reality — that shows what happens when lies become as good as facts. But I won’t make that argument here because I just don’t think Rushdie entirely pulls it off. He has the crazy down solid, but fails in examining the consequences. Or chooses to ignore them. Or simply does not care. Because, in the end, Quichotte is a novel about belief more than anything else. Or about believing, anyway. About believing with the conviction that belief alone is enough to make things true.

And if Quichotte drives you nuts, that’s fine. It’s meant to. It’s layered in such a way that you will lose yourself in the shifting reality of it, forget whose imagination you’re visiting, hate the narrator for the dad-joke softness of his voice and constant flashbackery and maybe even toss the whole thing aside a couple times — done with it. Finished.

But then you’ll pick it up again. Because at its sweet and stupid core is that simplest of tales — about a man who loves a woman and a father who loves a son, and who will do anything to earn their love, too.

Sometimes that’s enough. All you have to do is believe.

Jason Sheehan knows stuff about food, video games, books and Starblazers. He is currently the restaurant critic at Philadelphia magazine, but when no one is looking, he spends his time writing books about giant robots and ray guns. Tales From the Radiation Age is his latest book.