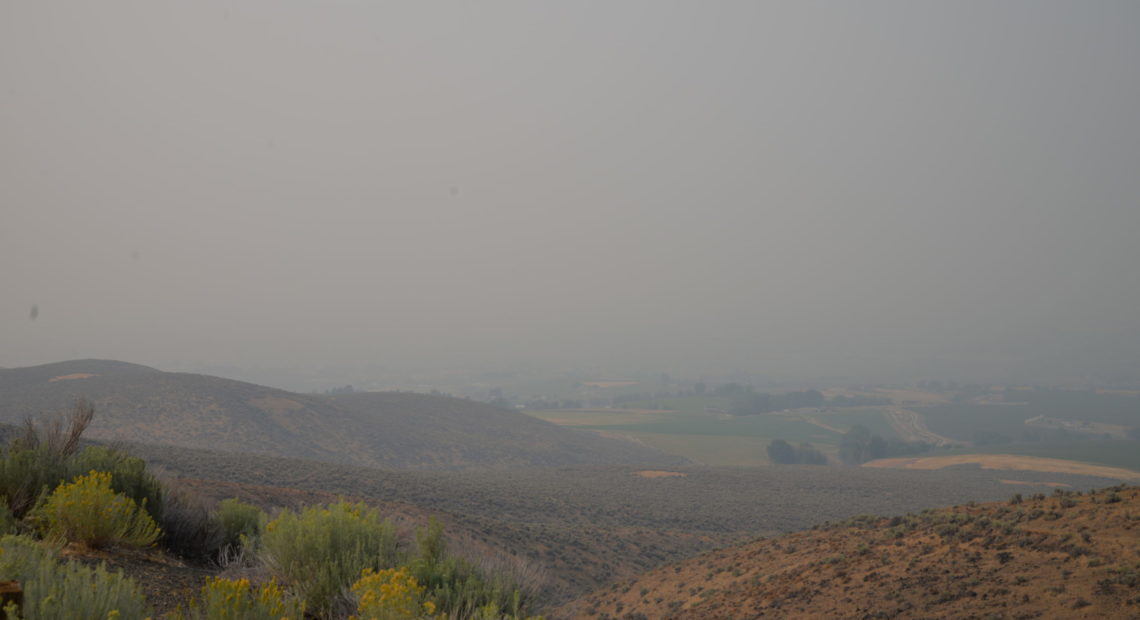 Climate change is causing people in Washington to spend billions of dollars in healthcare costs. That’s according to a new study that looked at how hospital visits and early deaths during a recent wildfire season.

In the Northwest, climate change is predicted to bring severe problems such as longer wildfire seasons. With that will come more smoke. Breathing small smoke particles is bad for people with respiratory problems and heart conditions.

The study from the Natural Resources Defense Council advocacy group and the University of California San Francisco looked at what that meant for hospital visits and medical bills during several climate “case studies” in 2012.

The study, published in the journal GeoHealth, looked at Washington’s 2012 wildfire season. Around the country, researchers studied healthcare costs resulting from Hurricane Sandy in New York and New Jersey, West Nile Virus in Texas and extreme heat in Wisconsin.

Researchers found that in Washington, 245 people died early and almost 2,000 visited an emergency room. There were 371 people admitted to the hospital stemming from breathing in wildfire smoke or other issues related to fires.

Vijaye Limaye, the study’s lead author and a doctor working with NRDC’s Science Center, said those numbers include people “directly harmed by the fire” but mostly those affected by wildfire smoke.

“A large portion of deaths (were) attributed to deadly air pollution. Air pollution that flows often far downstream from the fires themselves and can expose millions of people to polluted air,” Limaye said.

He said younger and older people are especially vulnerable to health problems caused by climate change. Limaye said more than two-thirds of the healthcare costs from these climate “case studies” were covered by Medicare and Medicaid.

The study estimates Washington’s hospital visits and deaths cost more than $2 billion in 2012 (in 2018 dollars). With all of the 10 study areas included, that number rose to $10 billion nationally.

“These are the types of costs that folks are paying for right now. This work signals tens to hundreds of billions of dollars in additional health-related costs in the future,” Limaye said.

Jeremy Hess, an emergency room physician and professor at the University of Washington, wasn’t involved in the study. He said these numbers are “unquestionably an underestimate.”

“We need to invest more in understanding these risks, and the impacts on the healthcare system,” Hess said. “And in particular, on preparing the nation’s emergency healthcare infrastructure.”