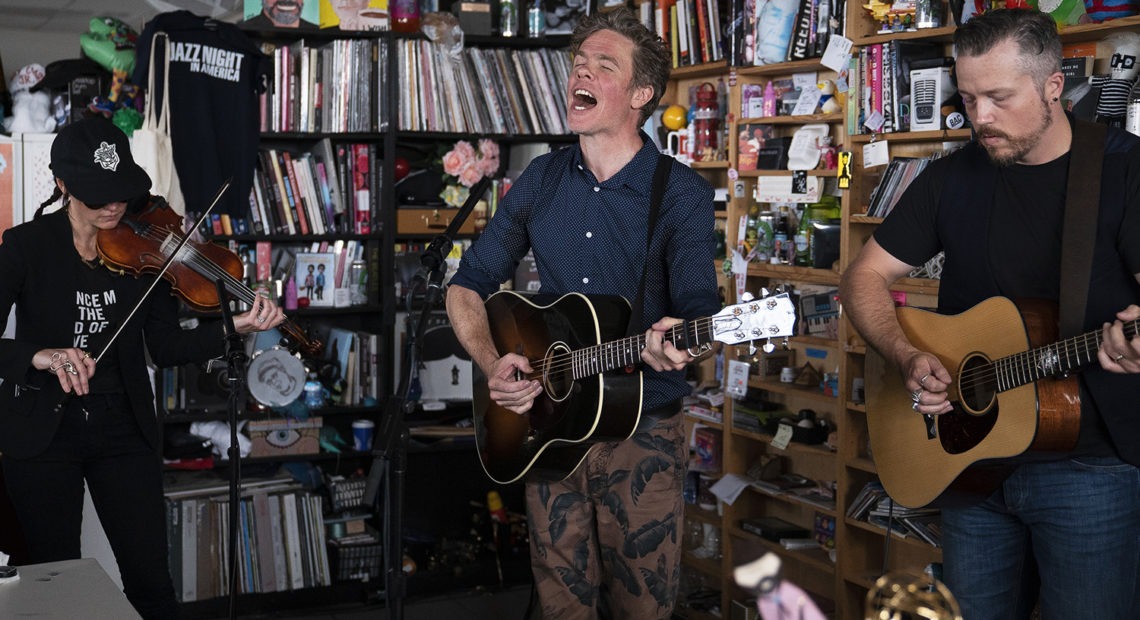 Josh Ritter came to the Tiny Desk with the enthusiasm of a young child and the wisdom of an old soul. He arrived armed with a message and musical soulmates, Amanda Shires on fiddle and Jason Isbell on acoustic guitar. Both play on Josh’s 2019 album Fever Breaks; in fact, Jason produced the record. This is Josh Ritter’s second appearance at the Tiny Desk; his first was on Valentine’s Day 2011. On this day, his heart was on America.

Each song was filled with frustrations regarding the treatment of refugees, immigration, politics and our hearts. On “All Some Kind of Dream,” he sings, “There was a time when we were them / Just as now they all are we / Was there an hour when we took them in? / Or was it all some kind of dream?” When the song ended, Josh stared into the NPR crowd. “I feel like the big thing that we all have to fight against is this notion that we’re not all human beings,” he said. “And they’re trying to break us in every number of ways, all different little groups, and that we have no power, but we have power!”

Then he, Amanda and Jason launched into another Josh Ritter piece of passion, “The Torch Committee,” a song I believe is about evil and complacency. The trio ended with a new song, one I’d not heard before called “The Gospel of Mary.” It imagines Joseph, Mary and their child as refugees. Honestly, it was a draining concert with challenges to who we are and who, as a country and a people, we wish to be. As the applause faded Josh hugged his bandmates, thanked the crowd, smiled and said, “America, we love you, but you’ve gotta change!” Music can do that, and Josh Ritter is an agent for that change.