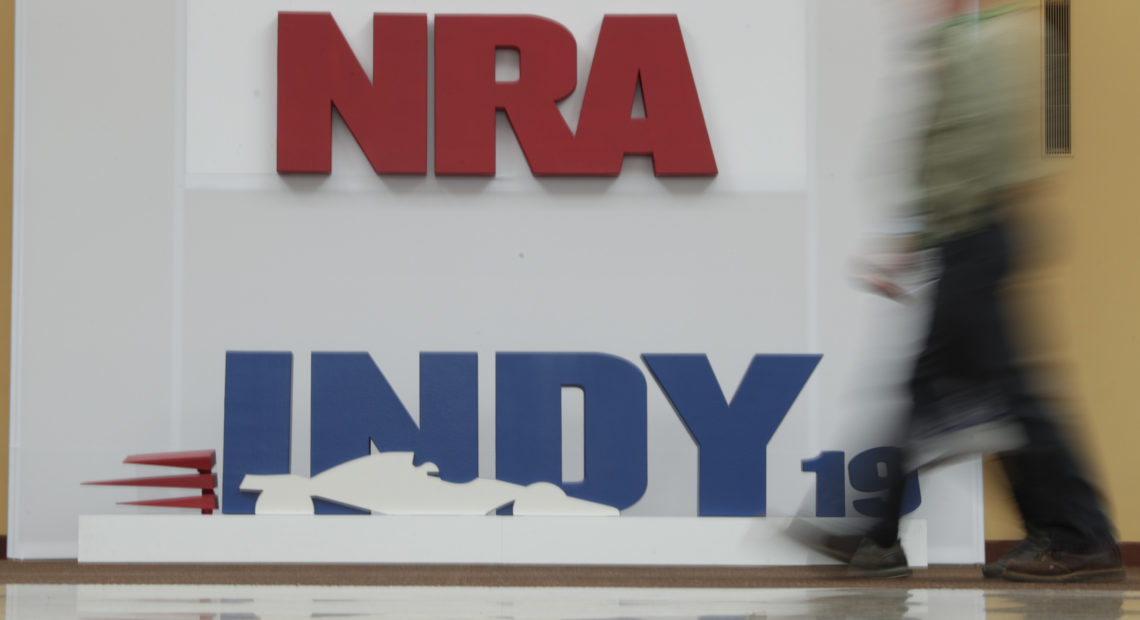 The National Rifle Association acted as a “foreign asset” for Russia in the period leading up to the 2016 election, according to a new investigation unveiled Friday by Sen. Ron Wyden, D-Ore.

Drawing on contemporaneous emails and private interviews, an 18-month probe by the Senate Finance Committee’s Democratic staff found that the NRA underwrote political access for Russian nationals Maria Butina and Alexander Torshin more than previously known — even though the two had declared their ties to the Kremlin.

The report, available here, also describes how closely the gun rights group was involved with organizing a 2015 visit by some of its leaders to Moscow. 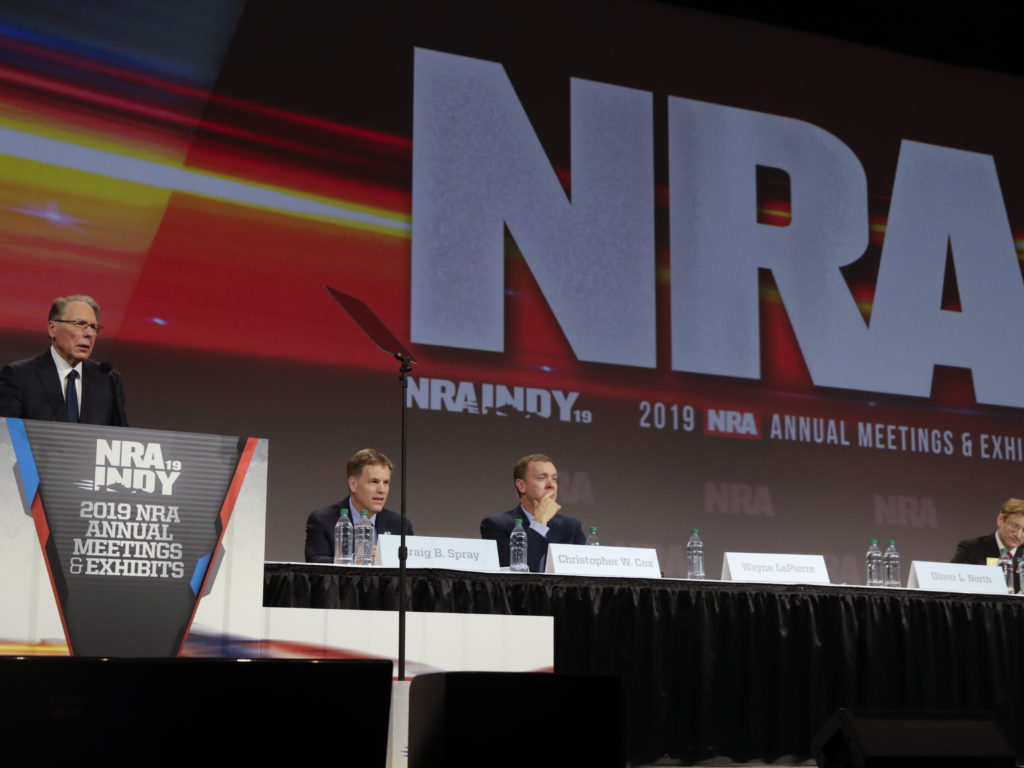 Then-NRA vice president Pete Brownell, who would later become NRA president, was enticed to visit Russia with the promise of personal business opportunities — and the NRA covered a portion of the trip’s costs.

The conclusions of the Senate investigation could have legal implications for the NRA, Wyden says.

Tax-exempt organizations are barred from using funds for the personal benefit of its officials or for actions significantly outside their stated missions. The revelations in the Senate report raise questions about whether the NRA could face civil penalties or lose its tax-exempt status.

Attorneys general in the state of New York and the District of Columbia are conducting separate probes into alleged wrongdoing at the gun rights organization. These probes have a broader scope than the Senate report, which focuses on Russia.

Majority response: This is overblown

The Republican majority on the Senate Finance Committee, which was consulted periodically throughout the Democrats’ investigation, said Friday the report was overblown.

In the Republicans’ analysis of Wyden’s report, the majority argued that it does not account for U.S.-Russia relations at the time and contains “much conclusory innuendo… and repeatedly attempts to paint a picture that does not exist.”

The Republicans also argued that if the NRA committed any infractions, they would be small and do not put the NRA’s tax-exempt status at risk.

“To the extent NRA funds were used improperly in any facts discussed in the [Democratic report led by Wyden], it appears to have been minor, hardly a rounding error for an organization with hundreds of millions of dollars in revenue each year and nothing that cannot be corrected with minor intermediate sanctions,” the Republican analysis states.

Wyden’s 77-page report centers on Butina — a convicted Russian agent now in federal prison — and Torshin, a former Russian government official who has been sanctioned by the United States.

The report indicates that top NRA officials were aware of Butina’s and Torshin’s links with the Kremlin even as they sought to work more closely together under the banner of gun rights.

In an email later circulated to two senior NRA staff members, Butina wrote that a purpose of the 2015 Moscow trip was that “many powerful figures in the Kremlin are counting on Torshin to prove his American connections” by showing he could bring prominent NRA officials to Russia.

At another point, Butina suggested to participants on the 2015 NRA trip to Russia that she might be able to set up a meeting between them and President Vladimir Putin, referring to him as “Russia’s highest leader.”

Despite these declarations about their ties to the Russian government, NRA officials paid for and facilitated Torshin and Butina’s introduction into American political organizations.

It was a explicit interest expressed by Butina: In one 2015 email to an NRA employee, Butina wrote, “is there a list of U.S. governors or members of Congress that might be present at some time during the [NRA] annual meeting?”

The NRA also helped them forge connections with groups such as the Council for National Policy, the National Prayer Breakfast, the National Sporting Goods Wholesalers Association and Safari Club International.

“NRA resources appear to have been used to pay for membership and registration fees to third party events for [Torshin and Butina] as well as to arrange for transit to and lodging for many of those events throughout 2015 and 2016,” the report states.

The Senate report notes that in 2018, then-NRA spokeswoman Dana Loesch repeatedly denied that the group leaders’ 2015 trip to Moscow was sanctioned by the gun rights group.

But in a letter obtained by the committee, then-NRA President Allan Cors wrote to Torshin on NRA letterhead after consulting with NRA staff and former NRA President David Keene.

Cors designated two NRA figures to lead the trip: “Dave Keene and [top NRA donor] Joe Gregory will represent the NRA and our five million members better than anyone else,” he wrote.

During the course of the investigation, Brownell’s lawyer also told the committee that Brownell believed the trip was an official NRA event.

This view is further strengthened by the committee’s evidence that NRA staff prepared itineraries, gathered briefing materials, applied for tourist visas, paid for some of the travel expenses, and provided the delegation with NRA gifts to give to Russian officials.

The Senate investigation also found evidence that the NRA tried to hide various payments related to the trip.

After questions were raised about the trip in 2018, Brownell paid the NRA $17,000 — a transaction that Brownell’s lawyer told the committee was requested by the NRA as a way of “getting the trip off the NRA’s books.”

The Senate investigation concludes that a number of NRA figures on the 2015 trip traveled to Russia “primarily or solely for the purpose of advancing personal business interests, rather than advancing the NRA’s tax-exempt purpose.”

Brownell, then a vice president of the NRA, is the CEO of a major firearms supplier bearing his last name.

In an email to a staffer at his business, Brownell described his trip as “an opportunity to be hosted in Russia to broaden our business opportunities … to introduce our company to the governing individuals throughout Russia.”

Another member of the trip, NRA donor and then-Outdoor Channel CEO Jim Liberatore, told the Senate committee through his lawyer that his participation in the 2015 Moscow trip was “purely commercial.”

Wyden, the top Democrat on the Senate Finance Committee, said at the conclusion of his investigation that his staff had revealed information that shows that the National Rifle Association may have abused its tax-exempt status.

The next step, he says, is for the IRS to launch its own inquiry.

“The totality of evidence uncovered during my investigation, as well as the mounting evidence of rampant self-dealing, indicate the NRA may have violated tax laws,” Wyden said. “The IRS needs to examine these findings and investigate other publicly reported incidents of potential lawbreaking.”