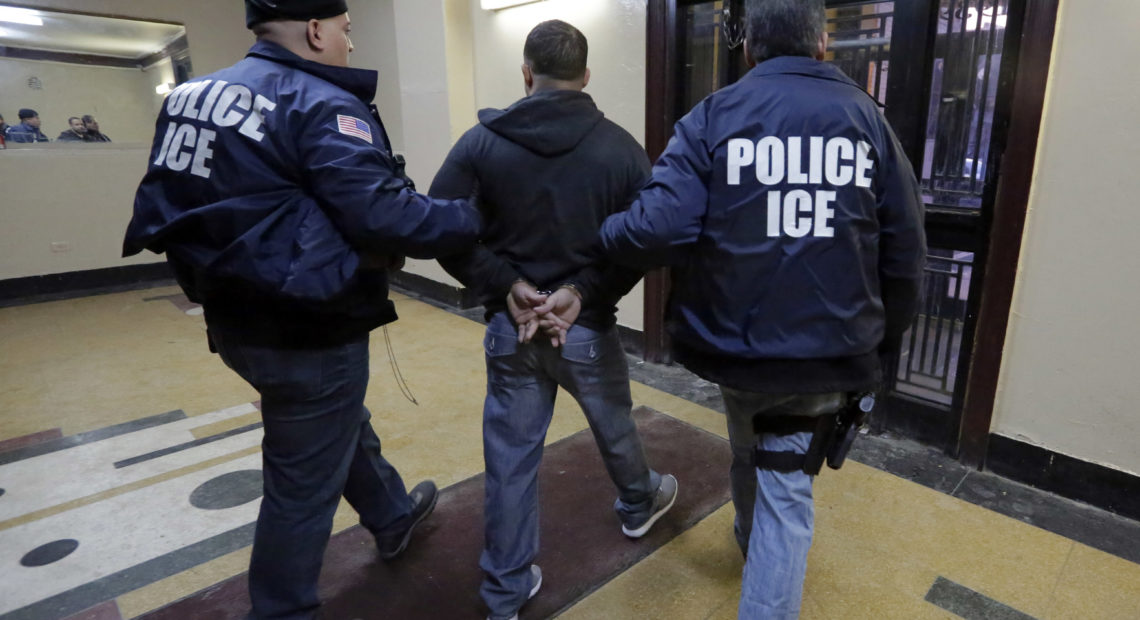 A federal judge has blocked the Trump administration’s effort to expand fast-track deportation regulations for undocumented immigrants without the use of immigration courts.

The procedure, known as “expedited removal,” has previously been used to deport undocumented immigrants who cross into the U.S. by land without an immigration hearing or access to an attorney if they are arrested within 100 miles of the border within two weeks of their arrival. In July, the administration expanded the rule to include undocumented immigrants who couldn’t prove they had been in the U.S. continuously for two years or more, no matter where they were in the country. 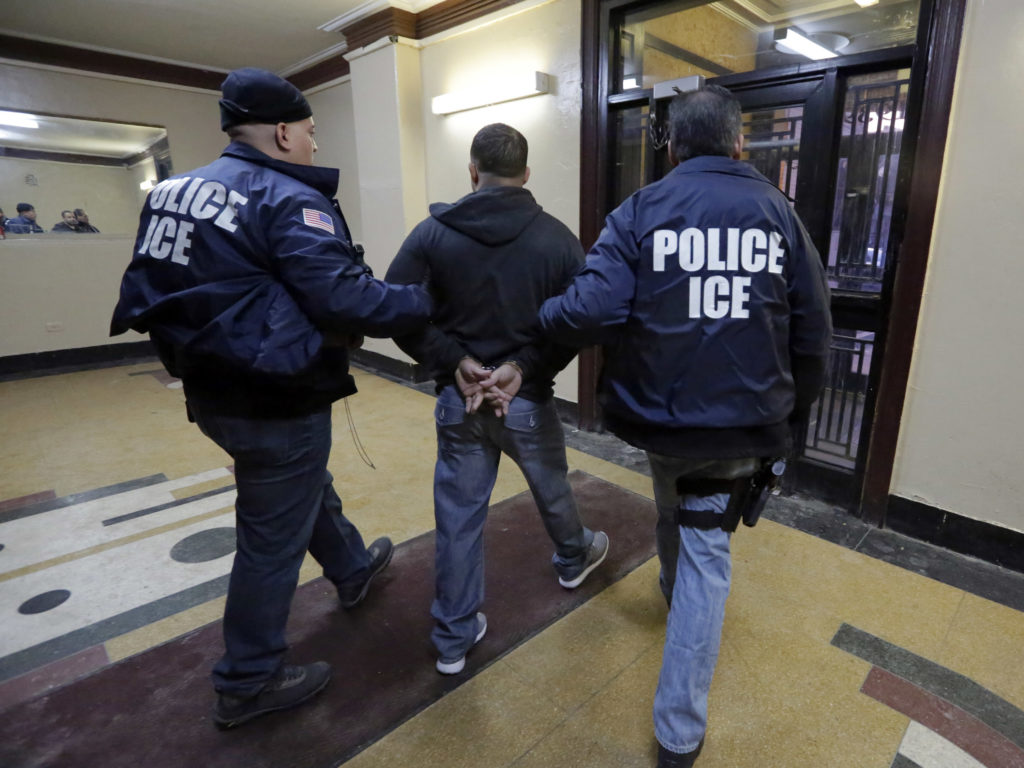 In this March 3, 2015, photo, Immigration and Customs Enforcement officers escort an arrestee in an apartment building in the Bronx borough of New York during a series of early morning raids. CREDIT: Richard Drew/AP

In a 126-page report issued just before midnight on Friday, U.S. District Judge Ketanji Brown Jackson issued a preliminary injunction on the policy change. She stated that the administration did not follow the correct decision-making procedures, such as the formal notice-and-comment period required for major federal rule changes, and likely violated federal law in failing to do so. She said that “no good cause exists for the agency to have not complied with these mandates in this instance.”

Jackson, who is an Obama-era appointee, also said that the July notice by the Department of Homeland Security seemed “arbitrary and capricious.”

“Put in common parlance, if a policy decision that an agency makes is of sufficient consequence that it qualifies as an agency rule, then arbitrariness in deciding the contours of that rule — e.g., decision making by Ouija board or dart board, rock/paper/scissors, or even the Magic 8 Ball — simply will not do,” Jackson wrote. “There are well-established legal constraints on the manner in which an agency exercises its discretion to make discretionary policy decisions, and there are also legally established consequences if an agency does not adhere to these procedural requirements when it determines the policies that it imposes.”

The Department of Homeland Security had argued that the policy change would relieve overburdened immigration courts and “harmonize” existing regulations to apply equally to undocumented immigrants whether they arrive by land or sea.

“The effect of that change will be to enhance national security and public safety — while reducing government costs — by facilitating prompt immigration determinations,” DHS said in the July notice.

“We are past the breaking point and must take all appropriate action to enforce the law, along the U.S. borders and within the country’s interior,” said acting Secretary of Homeland Security Kevin McAleenan when the new policy was announced. “This designation makes it clear that if you have no legal right to be here, we will remove you.”

“The court rejected the Trump administration’s illegal attempt to remove hundreds of thousands of people from the U.S. without any legal recourse,” ACLU attorney Anand Balakrishnan, who argued the case, said in a statement. “This ruling recognizes the irreparable harm of this policy.”

In a statement Saturday afternoon, a Department of Justice spokesman said:

“Congress expressly authorized the Secretary of Homeland Security to act with dispatch to remove from the country aliens who have no right to be here. The district court’s decision squarely conflicts with that express grant of authority and vastly exceeds the district court’s own authority. This ruling undermines the laws enacted by Congress and the Trump Administration’s careful efforts to implement those laws.”

The preliminary injunction blocks the expanded expedited removal policy from being applied until the court has finished litigation on the matter.