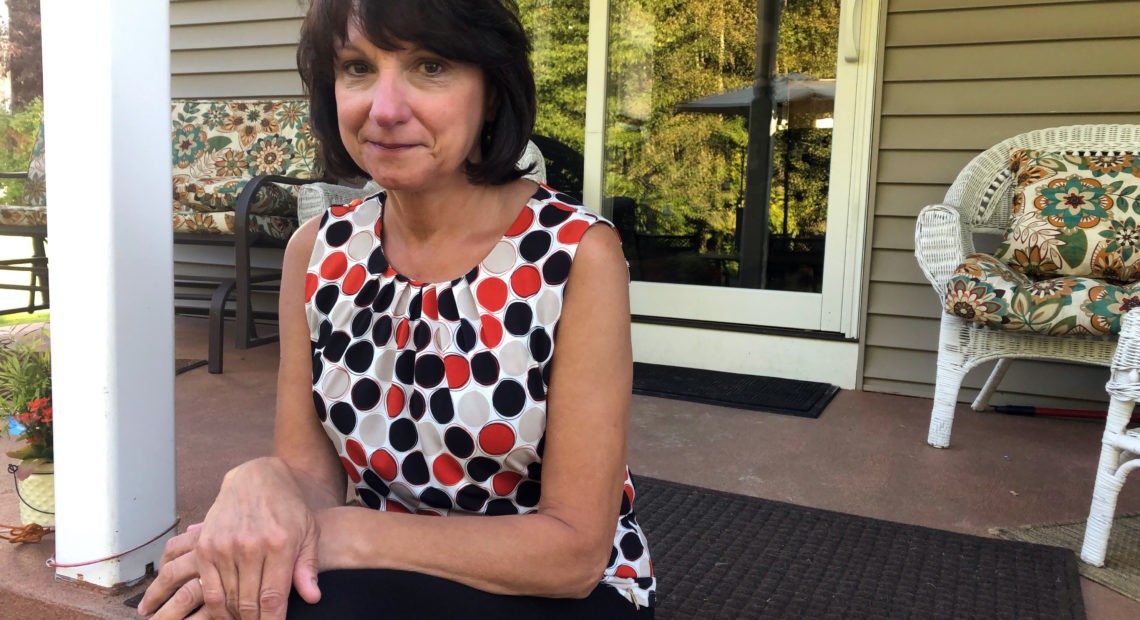 ‘Why Is There Nothing Left?’ Pension Funds Failing At Catholic Hospitals

For 24 years, Karen Bradley worked as a nurse at St. Clare’s Hospital in Schenectady, N.Y. The pay wasn’t great, she says, but it was a good hospital, the place where her father once worked as a pharmacist. Bradley thought that if she stayed she’d have a nice pension for retirement.

“I enjoyed what I did there and believed in the promises that were made about the pension,” she says.

But a year ago, Bradley got a letter saying her pension was gone.

“Why is there nothing left? Who screwed up?” she wondered. 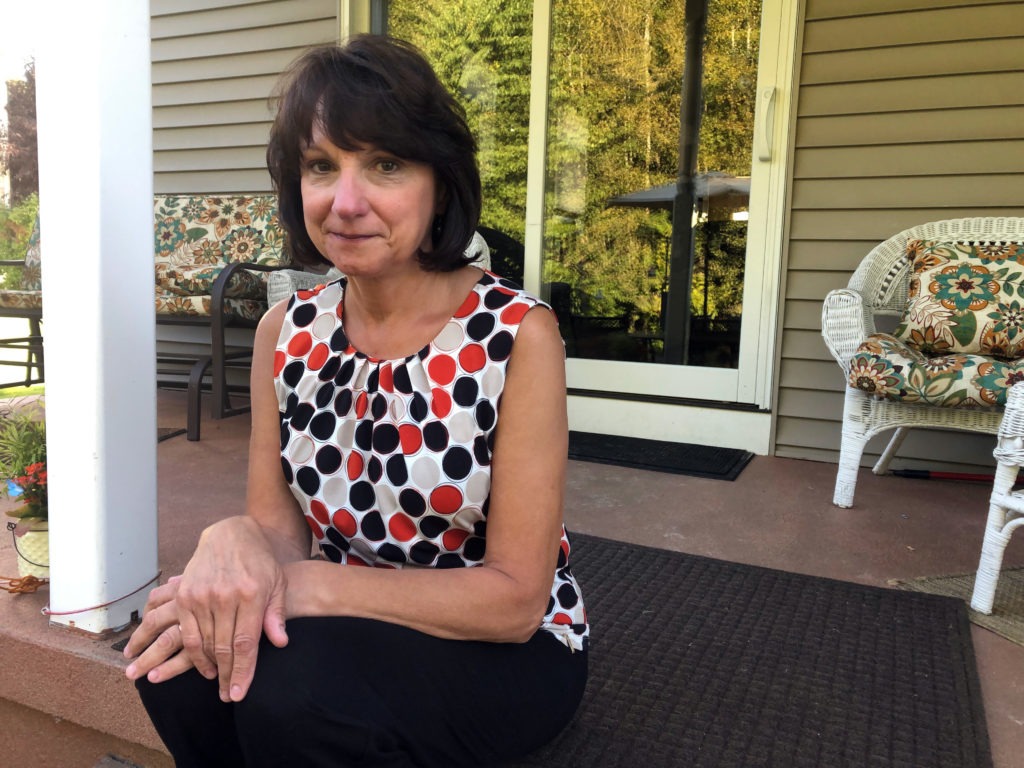 Karen Bradley worked at St. Clare’s Hospital in Schenectady, N.Y., for 24 years. Along with hundreds of others who worked at the Catholic hospital, she has learned that the pension she was counting on for retirement is gone. CREDIT: Craig Miller for NPR

Bradley, 56, is one of the hundreds of workers at St. Clare’s, which was founded by the Catholic Church, who lost their pensions after its retirement fund collapsed.

The case highlights a more widespread problem: Because of a loophole, many religious organizations are not covered by a federal guarantee that protects most other workers’ pensions, so the workers can get left with nothing.

By one estimate, more than 1 million workers and retirees from religious organizations lack this federal protection.

St. Clare’s ran into financial problems, and in 2008 it was folded into a larger hospital system. Workers like Bradley say they were told not to worry — the pension fund would still be there for them. But for Bradley and others, it won’t be there.

“Who did what to who and how come this happened and who’s accountable?” Bradley asks.

The AARP Foundation wants people to be held accountable too. It filed a lawsuit against the Roman Catholic Diocese of Albany and the pension fund’s board of trustees. The suit says that more than 600 workers lost their entire pensions like Bradley did. A smaller group of older workers was offered reduced pensions.

Bradley says her husband has some retirement savings, but they’re not sure it will be enough. “You know, we have a daughter who has special needs, so we have to worry about her future too,” she says.

Most Americans don’t have pensions. But the vast majority of those who do are protected by a government insurance program just in case this kind of thing happens. Employers with pensions have to pay into it.

But religious organizations, such as Catholic hospitals, can opt out and avoid the expense of paying that insurance and complying with other federal rules aimed at making sure pensions are adequately funded and insured.

That’s what the people managing St. Clare’s Hospital did. So there is no guarantee, and many of its workers really are left with nothing.

Smith says a 2017 Supreme Court decision made it easier for religious groups to opt out. The legal team that argued that case estimated that about 1 million people have pensions from religious organizations that have opted out of the federal guarantee program. Smith says it’s hard to know how many of those are on shaky ground. Some “church plans” get their own insurance. 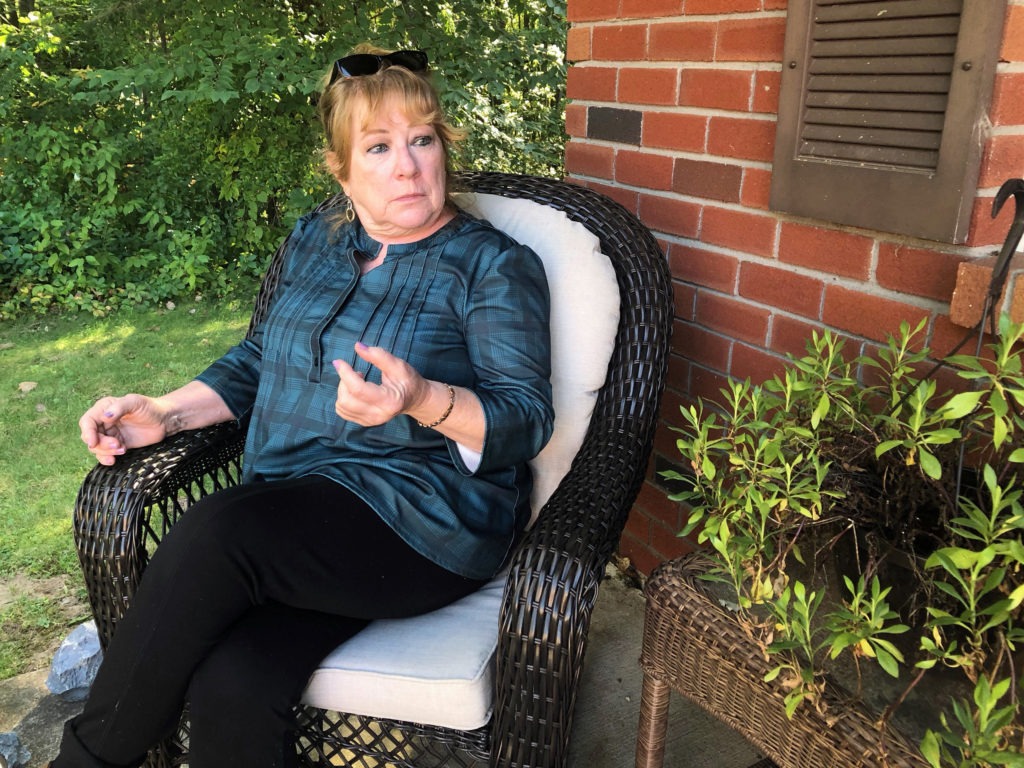 “You know, you get through it. But it does take its toll on your heart and soul,” says Mary Hartshorne, one of the plaintiffs in a lawsuit over the failed St. Clare’s Hospital pension plan.
CREDIT: Craig Miller for NPR

But there are a growing number of lawsuits over troubled pension funds with no government guarantee. Smith cites cases in Rhode Island, New Jersey, Minnesota and Puerto Rico.

The AARP Foundation’s lawsuit argues that while St. Clare’s had an exemption from the federal requirements to pay into the guarantee program, it still violated state law by failing to provide pensions it promised to its workers.

Smith says religious groups that chose to opt out can’t just abandon their workers when pension funds get in trouble. “This is really a new wave of lawsuits finding a way to make sure that they can be held accountable,” she says.

Mary Hartshorne, 69, one of the plaintiffs in the St. Clare’s suit, had to sell her house because of the pension debacle. She still can’t talk about it without getting upset.

“That house was going to be the place I retired,” Hartshorne says as tears fill her eyes and her voice quavers. “It was just a little house, but it sat on a little lake and it was so pretty and peaceful.”

But with the financial hit, she decided she couldn’t afford the mortgage and upkeep.

“It just wasn’t … going to work out. I knew it wasn’t, and I thought all I can do is pray and make the right decision,” she says. Hartshorne says she has tried to accept it. “You know, you get through it. But it does take its toll on your heart and soul.”

Hartshorne says she’s better off than most. Because she’s older, she’s in a smaller class of workers over age 62 who were offered 70% of their pension going forward. But she says she couldn’t trust that the money would be there, so she took a lump sum payout instead. But she says it wasn’t much money.

The Diocese of Albany declined to be interviewed because of the litigation. It said in a statement that it knows people are suffering but that the diocese “never managed the St. Clare’s pension fund. St. Clare’s is a separate corporation.”

Victoria Esposito, a local legal aid attorney working with AARP on the case, says the diocese does bear a responsibility. “This hospital was run by the Catholic Church, more specifically the Diocese of Albany, and the Diocese of Albany is responsible for making these people whole and paying their pensions,” she says.

Like many dioceses, Albany’s is facing costs related to the Catholic Church sex abuse scandal. But the lawyers for the hospital workers say the diocese isn’t bankrupt and still has money. So Esposito says she hopes that the lawsuit can succeed and that the hundreds of former workers can get their pensions back.