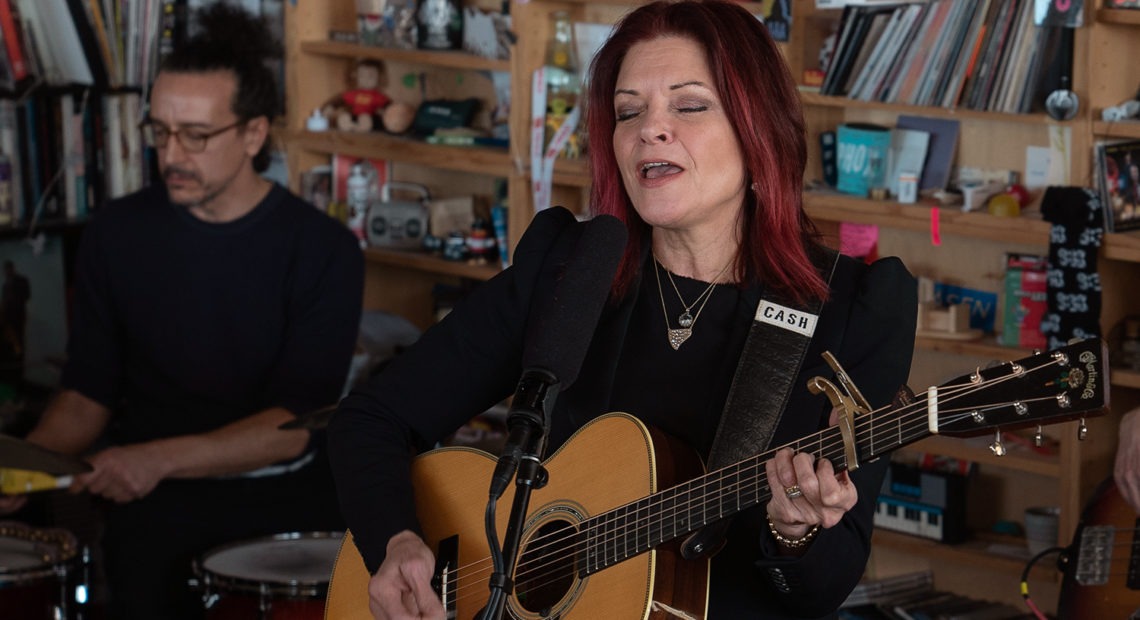 Rosanne Cash and her band arrived at NPR to play the Tiny Desk on a freezing cold, bright sunny day in January 2019 — one of those brittle, crystal clear winter days when the snow reflects the sun and there’s nowhere to hide from the light. Her intense performance had that same balance of heat and ice.

The songs that Cash performed at the desk, most taken from her 2018 album She Remembers Everything, have a lot of emotional heat, but they’re shaped and sculpted by the wry wisdom of age and experience. More than at any time in her career, her spirit and approach to performance these days reflects the influence of her father, the legendary country singer Johnny Cash.

The audience was so focused on Cash and her band that it felt a little tense in the room until after the first song, the ominous “She Remembers Everything.” Cash made a joke about the attentiveness of the “NPR Listening Room” and everyone relaxed. But the performance rewarded intense listening. John Leventhal’s evocative guitar swirled around the haunting lyrics.

The band was as focused as the audience, which underscored the themes of memory and loss in the songs. Roseanne Cash has been making great records for forty years, but she’s never played or written better music than she’s doing right now.