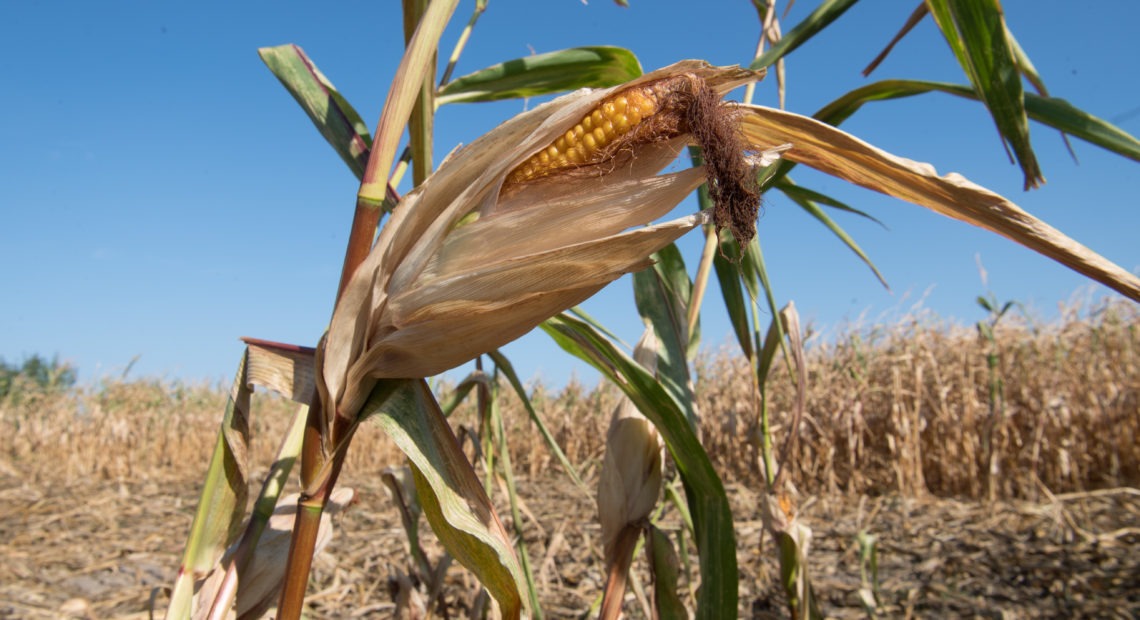 As The Climate Warms, Companies Scramble To Calculate The Risk To Their Profits

Every year, the company Ingredion buys millions of tons of corn and cassava from farmers and turns them into starches and sugars that go into foods such as soft drinks, yogurt and frozen meals.

Lots of things can go wrong along the way. Weather can destroy crops. Machinery can break.

Lately, though, Ingredion’s top executives have been worried about a new kind of risk: what might happen on a hotter planet.

“That could be anything, [from] where climate change is impacting the crops we purchase, to water availability driven by climate change,” says Brian Nash, Ingredion’s head of sustainability.

Ingredion isn’t alone. “Any publicly traded company, I think, is under increasing pressure from the investment community to articulate what we see as our upcoming climate risk,” Nash says. That’s partly because of prodding from an international organization called the Financial Stability Board, which set up a task force chaired by former New York City Mayor Michael Bloomberg to help companies voluntarily disclose such risks.

Shareholders worried that climate change could devalue their investments want reassurance, and companies, in turn, want advice from climate experts.

That’s given rise to a field of “climate risk services.” The Danish engineering firm Ramboll, which built its reputation designing bridges and ways to manage traffic, is one of many consulting companies that have sensed a business opportunity. “I just jumped at the chance to get back into doing this,” says Susan Kemball-Cook, one of Ramboll’s scientists.

Years ago, she was doing academic work with computer models of the global climate. “That feeling of being able to simulate something in the atmosphere, really seeing it unfold in front of you, it was thrilling,” she says.

These simulations — climate models — are an important tool for climate scientists who are trying to chart the planet’s future. But Kemball-Cook thinks they can be helpful for businesses, too.

To understand climate models, think of the computer-simulated weather used in TV forecasts, showing storms moving across a map. That’s a weather model — a huge computer program that takes current weather conditions and then calculates how forces such as heat and air pressure will drive winds and temperatures over the next few hours or days.

Climate models are similar, but they’re bigger and way more complicated. They cover the globe and factor in slow-moving forces such as rising levels of greenhouse gases, which trap more heat in the atmosphere, plus shifts in ocean currents and the effects of Arctic ice.

The models generally start with current weather conditions and then let mathematical equations take over, calculating a vision of weather decades into the future. “You see simulated weather systems, you see storms form at sea and come ashore over California,” Kemball-Cook says.

Every time one of these models runs, starting from slightly different conditions, the future plays out differently. No model can predict the weather on a particular day 30 years from now.

But if you run them again and again and collect all of these possible versions of the future, you get a sense of “normal” weather in the future: normal highs and lows, normal rainfall — and how that differs from today.

Kemball-Cook and her colleagues at Ramboll are trying to take this information and boil it down to an estimate of particular risks in particular places, such as the risk of flooding at a specific shipping terminal or the likelihood that a specific farm will have trouble growing corn.

The tool they’ve built is called HazAtlas. Kaity Lieschke, a consultant at Ramboll who helped create it, says their sales pitch is pretty simple. “It’s really easy to make the point that as our climate changes, we’re getting increased damages from events like flooding and wildfire,” she says. “This tool helps people prepare for that future.”

But the HazAtlas team still has to convince businesses that the tool can deliver information that’s specific and accurate enough to help those companies make decisions — and that might be more difficult.

The problem is, climate models paint the future with a very broad brush. They show general trends for the future planet, but they’re not very good with specifics. Some models, for instance, show rainfall increasing in parts of the Midwestern corn belt; others show rainfall decreasing in the same areas.

Ingredion, the Illinois-based company that turns corn into food ingredients, worked with Ramboll to see what the models might reveal about risks to its supply of corn. So far, Ingredion says it hasn’t found the information very useful.

But Ingredion’s executives also say that if these tools for predicting climate risk become more specific and reliable, there will be a huge demand for them. 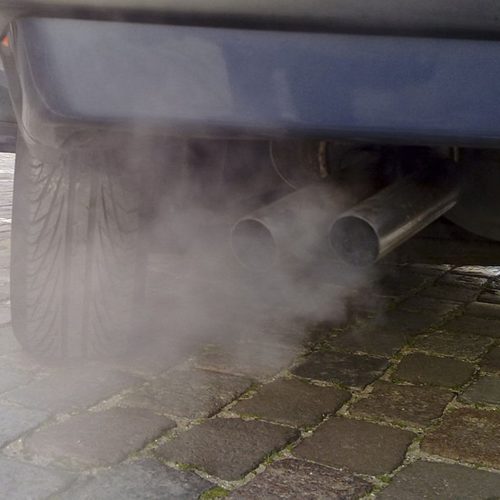 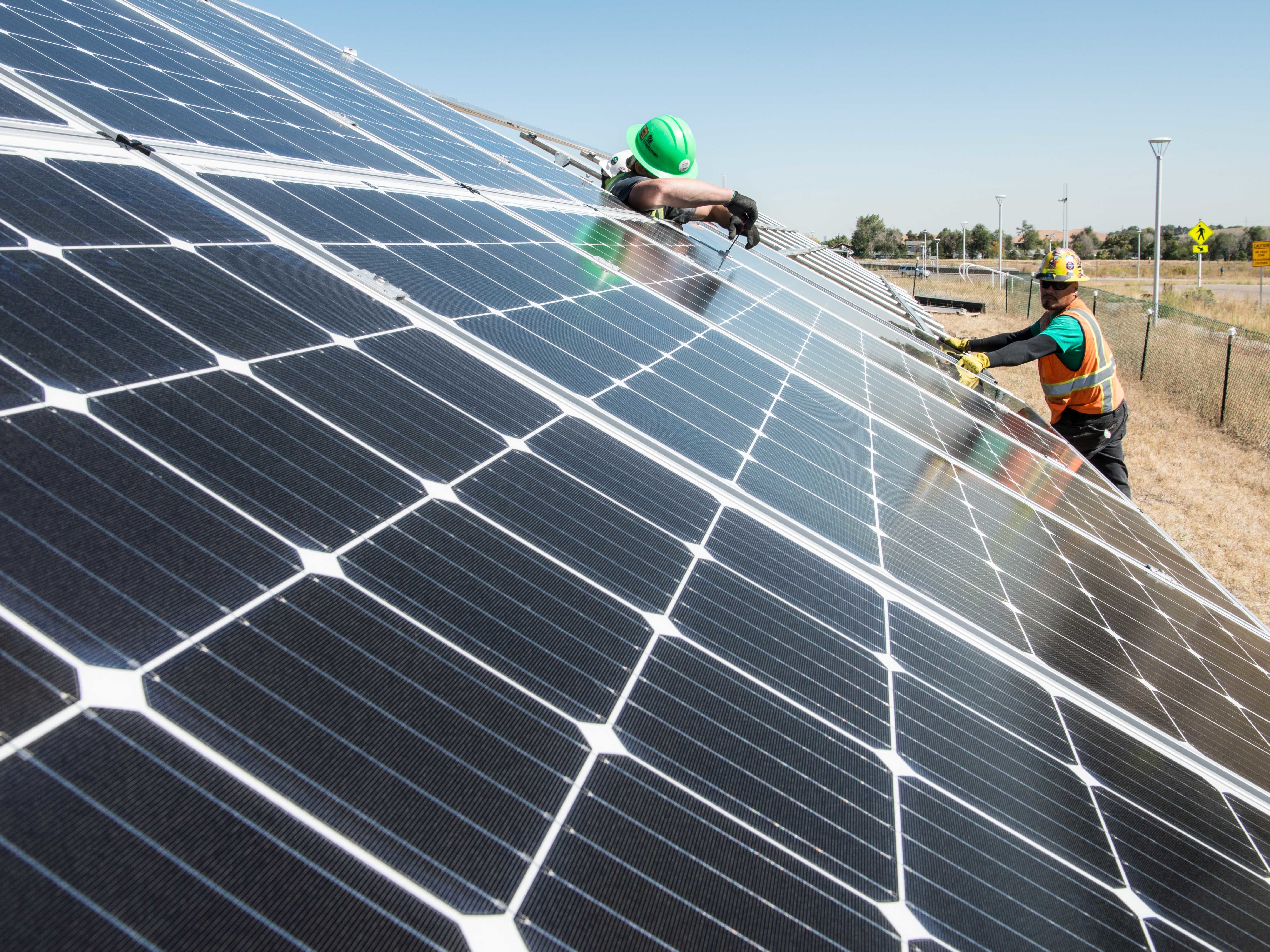 Next week, President Biden will announce a number that could shape the rest of his presidency: a new goal to cut U.S. greenhouse gas emissions. The announcement marks the country’s renewed commitment to the Paris accord, the international climate change agreement that former President Trump withdrew from. Continue Reading How The U.S. Could Halve Climate Emissions By 2030