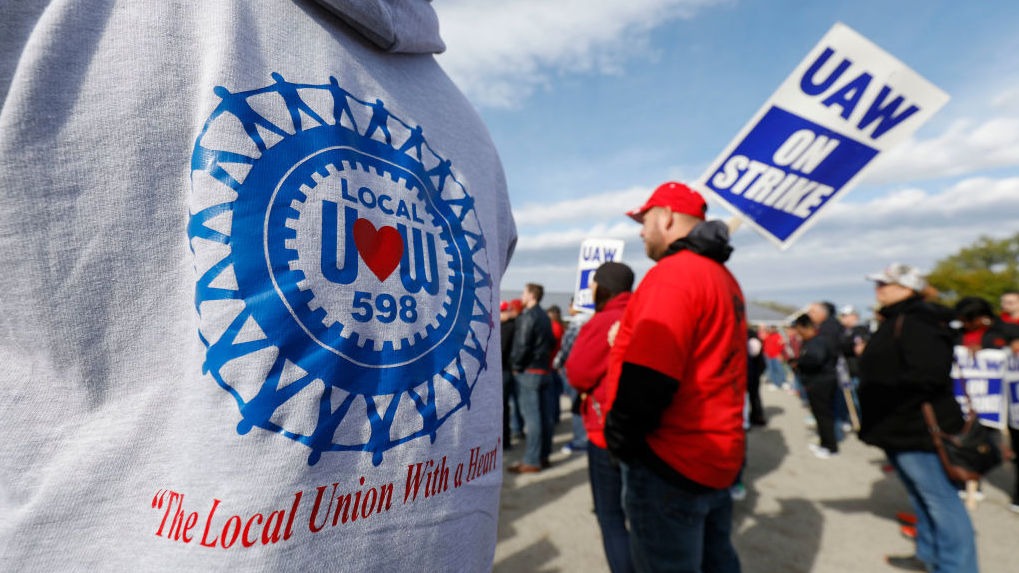 General Motors and the United Auto Workers have reached a tentative agreement to end the strike that began one month ago, the labor union announced Wednesday. The UAW GM National Council will vote on the deal Thursday.

When the national council reviews the deal’s terms, it will also decide whether nearly 50,000 workers should remain on strike or whether they should go back to work before the full membership ratifies the agreement.

The UAW GM National Council will vote on a new tentative deal Thursday, in a potential end to the national strike that has idled GM plants. Here, union members and their families rallied near the General Motors Flint Assembly plant on Sunday.
CREDIT: Bill Pugliano/Getty Images

In a short statement about the deal, GM said, “We can confirm the UAW’s statement regarding a proposed tentative agreement. Additional details will be provided at the appropriate time.”

Contract negotiations had been hung up on key issues, from workers’ wages and health care to profit-sharing and the carmaker’s reliance on temporary workers. The union had been seeking to win seniority rights for temp workers. Like GM, the union’s statement about the deal did not provide details about how those matters were resolved.

“The number one priority of the national negotiation team has been to secure a strong and fair contract that our members deserve,” said UAW Vice President Terry Dittes, director of the UAW GM department, in a news release about the breakthrough.

The UAW strike halted production at 33 GM manufacturing plants in nine states. It also affected more than 20 parts-distribution warehouses. Industry analysts had predicted GM could lose as much as $50 million for every day the strike continued.