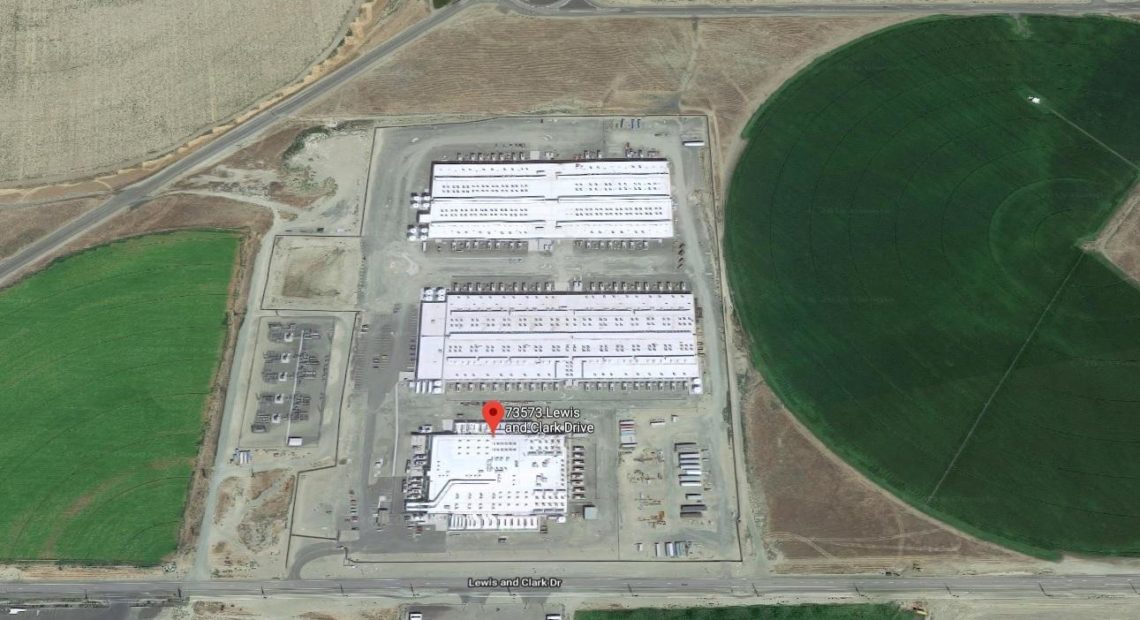 Amazon’s ever-expanding footprint in Seattle — and the polarizing growing pains that accompany it — contrasts what’s currently happening in northeastern Oregon.

There, Amazon’s cloud computing division recently won approval for another data center, along with a hefty tax break. It’s the seventh Amazon data complex to be built in the area. There are four operations at various stages of construction or completion in Umatilla County, and three others in neighboring Morrow County.

The web commerce giant is expanding briskly on the Columbia Plateau while deliberately keeping a low profile. But its accountants undoubtedly have been busy calculating tax incentives, along with sufficient community contributions to maintain good relations.

The Hermiston City Council and the Umatilla County Board of Commissioners held separate votes last week, at which they unanimously gave Amazon a total exemption from property taxes for 15 years for a new data center campus on the south side of Hermiston. In exchange, the company agreed to pay community service fees for fire protection, schools, local government and other special taxing districts, albeit at a much lower rate.

Hermiston Assistant City Manager Mark Morgan said it is hard to estimate the net value of the tax break.

“I’ve run the numbers 37,000 different times and I think the economic principles tell me that we’re giving away exactly zero,” he told the county commissioners Wednesday.

“In my estimation if we decline them, we won’t get anything from them, because they will go someplace else,” said County Commission Chair George Murdock, continuing the line of reasoning.

A few skeptical taxpayers came before the city and county boards last week to wonder out loud why a giant, profitable corporation can avoid paying property taxes while everyone else pays up. Amazon Web Services did not reply to multiple requests for comment.

The Hermiston data center tax break passed with a minimum of fuss compared to last year’s drama around the country involving states and localities competing for the Amazon HQ2 prize. Google, Apple and Facebook have taken advantage of the same Oregon tax incentives that Amazon is using for gigantic data centers the other tech companies have built in The Dalles and Prineville.

The tech giants are taking advantage of tax incentive programs created by the Oregon Legislature decades ago, long before data centers were a thing. The most popular are the Enterprise Zone incentives, which offer a property tax exemption during construction and then for up to 15 years more, if certain conditions for minimum investment, rural job creation and wage levels are met. Another property tax-lowering alternative used in a few cases by Amazon is called the Strategic Investment Program, which also can last as long as 15 years.

Umatilla County assessment and taxation department director Paul Chalmers said the initial data center developments received shorter tax exemptions than the more recent ones. He said Amazon is starting to pay regular property tax in phases as its oldest data centers in the area come onto the tax rolls. “Old” is a relative term though, as the flurry of data center development in Umatilla and Morrow counties dates back less than 10 years.

Chalmers said northeastern Oregon is drawing server farms for a number of reasons led by inexpensive power rates, water availability and a favorable climate during much of the year for cooling the hard-working computer servers.

Critics at left-leaning policy watchdog groups argue the attractive qualities of Central and Eastern Oregon should make it unnecessary to offer a subsidy, or as big of a subsidy, to data center operators like Amazon.

“These tax breaks tend to be a waste of money,” said Juan Carlos Ordóñez, communications director for the Oregon Center for Public Policy. “They rob local government of necessary resources.”

The executive director of the group Tax Fairness Oregon, Jody Wiser, said the Legislature should revisit the rules for the tax breaks being used for data centers.

“There should be a maximum amount per job created,” Wiser told public radio. “We’re giving away more than we need to.”

A single data center doesn’t need many technicians to operate, but there are now so many data centers in northeastern Oregon that the state and local governments estimate direct employment of several hundred workers who are paid well above the average wage for those rural counties.

“This is the best possible economic development opportunity a city like Hermiston in Eastern Oregon could get,” Morgan told public radio in an interview. “They’re low impact on services, but relatively high on revenue generation.”

Four years ago, Blue Mountain Community College started a data center technician training and certificate program to meet the rising demand for workers. The training program in Boardman has been filled to capacity every year since. Last year, Amazon gave money for scholarships to students in the nine-month program.

As part of the tax incentive agreement for the new data center complex in Hermiston, Amazon committed to a minimum investment of $200 million. If it turns out like the other power-hungry data center complexes nearly, the new complex will be a series of windowless, gray warehouse-like buildings packed with computer servers and memory banks. The most notable feature to a passerby likely is the unusual amount of fans, heat exchangers and water tanks for cooling.

When you get lost in the woods or are hurt and can’t make your way back to your car, the search and rescue teams who come looking for you may have to hike in, repel down steep cliffs, or fly through the air in helicopters. Recently, drone technology is also helping. Continue Reading Drones, Phones, Clothes: New Technology Helps Search Teams In Northwest Woods And Mountains

As 2019 comes to a close, and 2020 is upon us, we look back on a few Northwest stories we’ve discussed this year. Indeed, there are many, and many worth highlighting again. Here are three we’d like to revisit as we say goodbye to 2019. Continue Reading Bundyville, Cattle Deaths, Salmon Return: Looking Back On Uniquely Northwest News In 2019