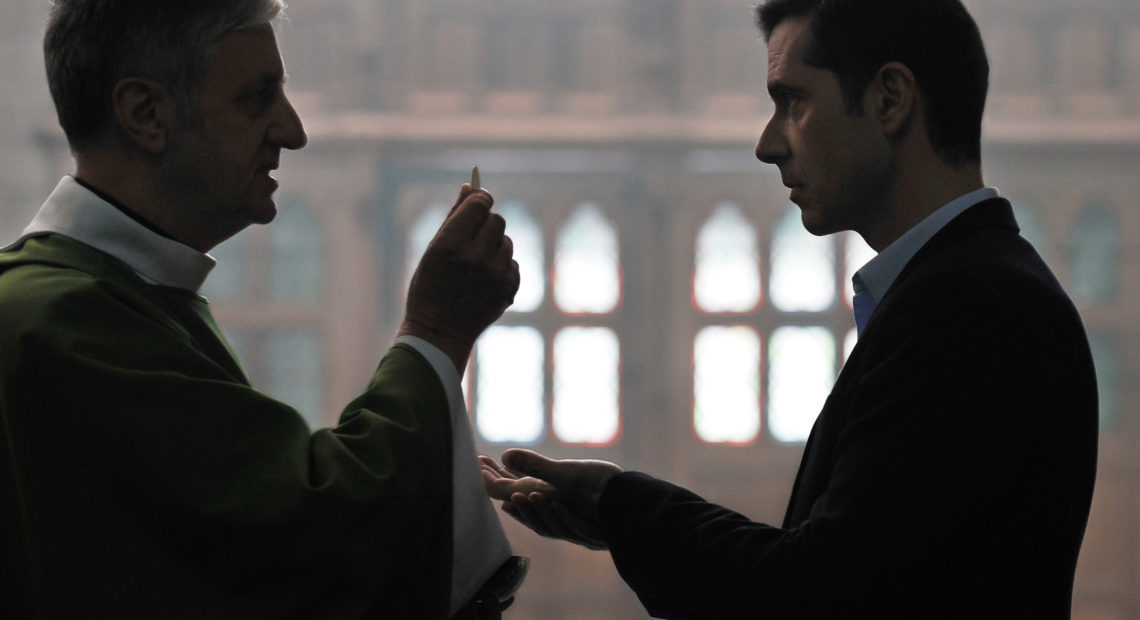 But for his latest, By the Grace of God, Ozon says he wanted to focus on something different: the fragility of men.

“Usually in cinema, men are action and women are feelings,” Ozon told NPR from his office in central Paris. “So I wanted my next film to really portray [men’s] emotions and sensibility.”

By the Grace of God succeeds in doing that and more with its fictionalized portrayal of one of the biggest scandals to ever hit the French Catholic Church. Lyon-based priest Bernard Preynat is accused of sexually abusing dozens of young boys over the course of decades. 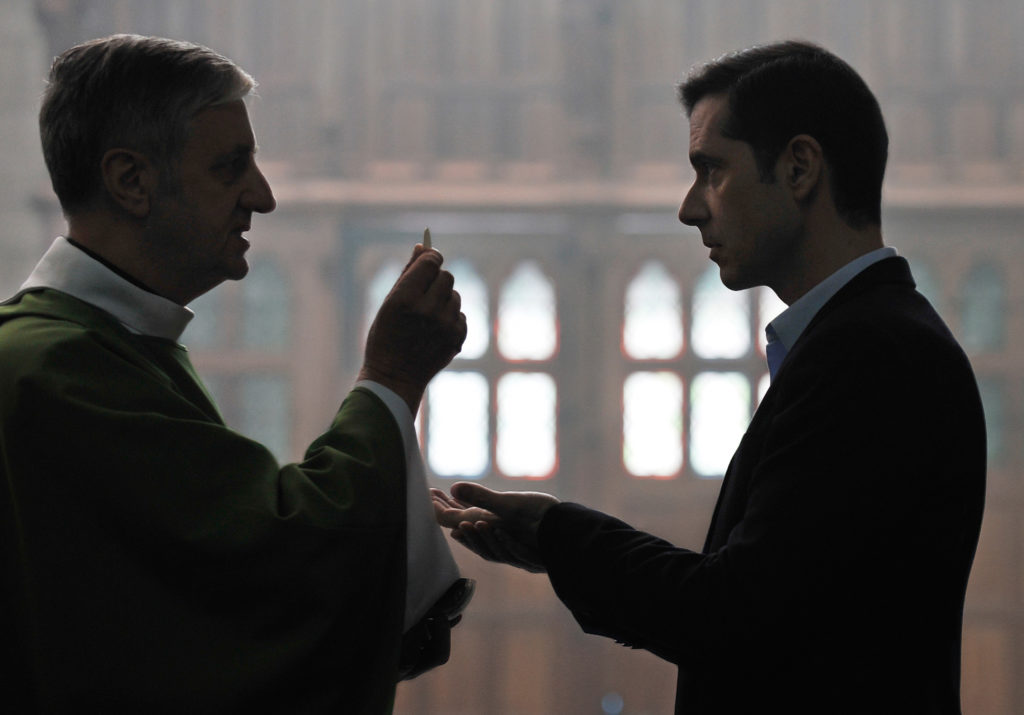 François Ozon’s By the Grace of God dramatizes the child sexual abuse scandal in the Catholic Church of Lyon, France. Courtesy of Music Box Films

His actions were allegedly widely-known within the Church, but he was protected by higher-ups. That is, until 2015, when a group of victims came forward with testimonies through an association called La Parole Libérée (known in English as Lift the Burden of Silence). By the Grace of God focuses on three of the group’s members, who Preynat spent time with in real life.

The film starts in 2014, with the story of Alexandre Guérin (played by Melvil Poupaud), a 40-year-old banker, devout Catholic and father of five who was abused by Preynat in Catholic Scouts. After finding out that Preynat is still working with children, he goes to the church to confess what happened to him, thinking it will put an end to the priest’s career. When that fails, he sends a letter to the police, who open an investigation.

From there, Alexandre goes on a mission to find Preynat’s other victims. We meet Francois (played by Dénis Menochet), who is now an outspoken atheist; and Emmanuel (played by Swann Arlaud), who, despite his near-genius IQ, struggles both in his professional and personal life because of his abuse. All three men play a role in getting La Parole Libérée off the ground.

To date, the real association has collected close to 100 testimonies.

“La Parole Libérée was an incredible thing in France because we allowed a lot of people to speak with no limit,” says the real-life Alexandre — Alexandre Dussot-Hezez.

Today Dussot-Hezez describes himself as agnostic and says he has lost his faith “in the institution” of the Catholic Church.

“I realized the institution was very dangerous for the powerless and that’s just a message that I cannot support,” he says.

When Dussot-Hezez first received a call from Ozon in 2017, the director asked if he would be interested in having his story portrayed as a documentary. Dussot-Hezez rejected the idea, insisting Ozon make a fiction film. 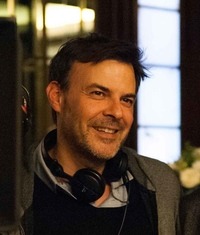 François Ozon directed By the Grace of God. Courtesy of Music Box Films

“It’s true that with fiction you can take things a step further, display certain intimacies and fragilities that help the audience connect with the story,” says Isabelle de Gaulmyn, a journalist for the French Catholic newspaper La Croix who wrote a book about the real-life Preynat affair.

But as the film unfolds, Ozon takes the audience behind the scenes into the daily insecurities and fragilities of not just the victims but also their families.

“When a child is abused, it becomes a ticking time bomb which damages the whole family,” Ozon says. “It can happen that the brother and sister becomes jealous that the focus is on the child who has been abused.”

We see that unfold in one particularly tense scene at the family dinner table. As Francois is relaying the latest news in the case against Preynat at the Christmas dinner table, his brother suddenly interrupts, accusing him of being an attention-seeker.

Getting those emotions in theaters wasn’t easy. The film was shot in secret, under the working title Alexandre. The real title comes from a direct quote from Cardinal Philippe Barbarin, who covered up Preynat’s actions. Referring to the statute of limitations during a 2016 press conference, Barbarin said, “the majority of cases, by the grace of God, are inadmissible.”

Ozon says the Church tried to block the French release of the film in February, arguing it would have an impact on the trials of Bernard Preynat and Philippe Barbarin. In May, Cardinal Barbarin was given a six-month suspended sentence for failing to report the abuse. Father Preynat was defrocked and is awaiting trial next year.

“People are afraid of cinema,” Ozon says. “All of the people of the Church were afraid and thought I was the devil before the release of the film. And when it was released they were like, ‘Oh, maybe he’s a saint,’ because the film is honest.”