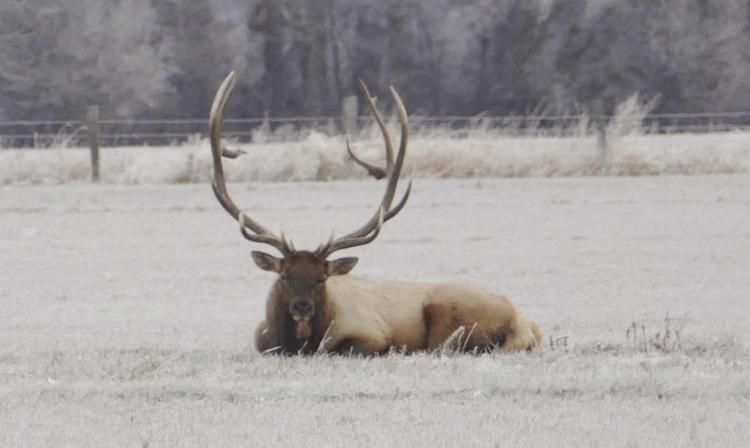 NOTE: This story was originally published at High Country News (hcn.org) on Oct. 28, 2019. It is re-published here with permission.

Eight days after he killed an elk nicknamed “Bullwinkle” in a hayfield east of Ellensburg, Washington, Tod Reichert had some explaining to do. Again.

Over at least two decades, the southwest Washington business owner spent hundreds of thousands of dollars buying the exclusive hunting licenses he used to kill more than 100 elk. His license for the Ellensburg hunt, a “governor’s tag” auctioned to fund elk-related conservation efforts by state wildlife managers, cost him $50,000.

On that hunt in the waning days of fall 2015, Reichert had hoped to stay out of the spotlight and quietly kill a trophy elk. But the bull Reichert shot — in an area the Washington Department of Fish and Wildlife had closed to hunting — was something of a local pet. Neighbors were incensed that Bullwinkle was gone and questioned the fairness and legality of the hunt. Hunters unable to shell out for pricey hunting tags feared Reichert would kill a second gigantic elk before they could shoot one themselves.

Reichert’s hunt laid bare the economics undergirding wildlife management across the West. State wildlife agencies are largely funded by taxes and fees tied to hunting and fishing, most of which don’t amount to much for ordinary hunters and anglers. But trophy hunters willing to spend big to hunt exactly when, where and what they want demonstrate what happens when that system is taken to its extreme. While the revenue high-dollar trophy hunting generates pays for recovery efforts that help game species flourish, it also binds wildlife managers to a style of hunting that most Americans, and even many hunters, find distasteful.

About three decades ago, agencies began issuing special hunting tags that turn a handful of hunts into revenue engines. Some tags are sold at auctions conducted for species-specific hunter organizations like the Rocky Mountain Elk Foundation, which sold Reichert his tag. The organizations then return 75% to 90% of the revenue to the states to fund management of those species. Other tags are sold in raffles that often see a single hunter spend upwards of $10,000 buying hundreds of tickets for a coveted tag.

The high-dollar tags fight a receding tide of revenue as the popularity of hunting fades. The number of Americans who hunt fell 16% between 2011 and 2016, according to a U.S. Fish and Wildlife Service survey, leaving state wildlife agencies increasingly dependent on trophy hunters willing to shell out. Thirteen big-spending hunters, for example, provided 10% of the revenue California collected selling 184,020 big game tags in 2018. Bighorn sheep permits issued everywhere from British Columbia to New Mexico regularly run into the six figures. 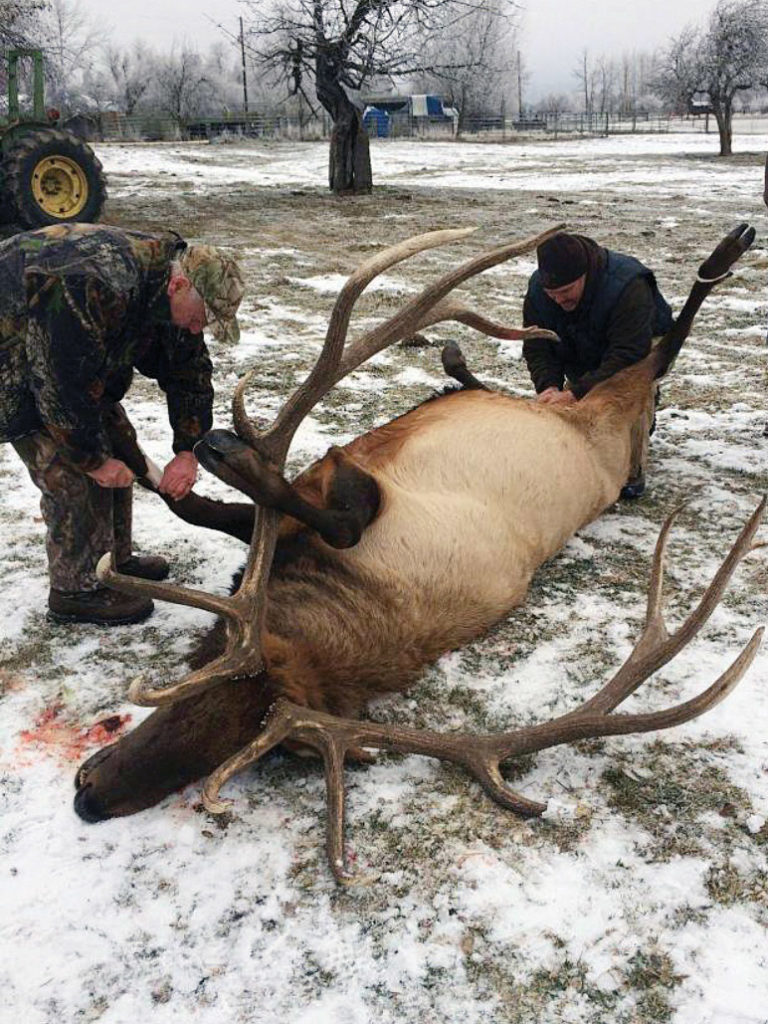 Tod Reichert, left, with Bullwinkle, the celebrity elk that he killed on a trophy hunting tag. Courtesy of Lower Kittitas County District Court

For 25 years, Washington has relied on revenue from auctioning or raffling off hunting tags for bighorn sheep, deer, elk, moose and mountain goat. While hunting opportunities abound in the state, hunters seeking permission to kill choice species in choice spaces — bighorn sheep most famously, but mountain goats, moose and large deer as well — must rely on either dumb luck or deep pockets. In 2018, nine high-cost hunting permits auctioned on Washington’s behalf and 14 unlimited-entry raffles contributed $847,000 to the department’s $15.4 million wildlife management budget. Washington issues just two permits in the state’s premier hunt, bighorn sheep. One is awarded by a lottery that saw 6,734 tickets sold in 2018 at $11.50 each; the other is auctioned off, often for over $100,000.

General hunting seasons change the makeup of an animal population and can endanger its viability if not properly managed. But so few exclusive tags are issued that the deaths of those particular animals have a negligible impact on the health of a herd, said Anis Aoude, the Washington Department of Fish and Wildlife game division manager. “It’s basically a way to gain revenue from that species to manage it,” he said. “There’s really not anything biological that goes into it.”

Because state wildlife management efforts prioritize game species — the source of most of their funding — they tend to overlook creatures that aren’t hunted or fished. Wildlife managers stress, however, that the species that do receive their attention do well in part because of the revenue generated by auctions and unrestricted raffles. Many species that wildlife viewers regard as part of the natural environment thrive mainly because of extensive management that includes painstaking tracking and counting of bighorn sheep by helicopter and the airborne reintroduction of mountain goats to areas where they were hunted out decades ago. “There are people that are challenging the notion of hunting. That it has no value, has no modern relevance,” said Keith Balfourd of the Boone and Crockett Club, a hunters’ organization based in Missoula, Montana. “A lot of that is based on the belief that wildlife exists today because it’s nature. … None of that is reality anymore.”

Trophy-hunting dollars help pay for high-profile recoveries in Western states. In Montana, record-setting bidding wars for bighorn tags underwrote a recovery effort that has helped the sheep rebound, Balfourd said. Similarly, Rocky Mountain elk had been wiped out in Washington until they were reintroduced in the 1930s as a game species. Since then, revenue from tag auctions has helped protect thousands of acres of elk habitat in Washington, including a 4,486-acre migration corridor west of Yakima that was moved into state ownership in August.

Still, a wildlife management system supported by trophy hunting is an awkward fit for a country that increasingly sees the practice as objectionable: Just a third of U.S. residents approve of it, according to a 2019 Association of Fish and Wildlife Agencies survey. And it’s hard for those outside the hunting community to join in discussions about the practice, said Chelsea Batavia, an Oregon State University ecological ethicist who studies trophy hunting. The lines between hunting for food, culture or trophy blur as hunters’ motivations don’t cleanly fit in a single box. A hunter interested in feeding their family may display an animal’s antlers; those hunting for trophies may give the meat to their guides to share with their communities.

When hunting practices are questioned, Batavia said, hunters tend to point to their self-prescribed ethical codes, which restrict the use of technology and require hunters to engage in “fair chase” practices that give their quarry a chance to escape. “That mentality doesn’t leave a lot of space to consider that we need to reform,” Batavia said. “I think that’s a defense mechanism, because they feel like something they love is at risk.”

To Batavia, the trophy hunting that props up wildlife management systems in North America and around the world evokes the enduring legacy of colonial expansion. Heads and antlers taken by trophy hunters, she said, testify to a desire to dominate nature. “We’re treating them like they’re these objects that we can defile and defame,” Batavia said.

Hunters tend to offer a different complaint about the high-dollar tags — their exclusivity. Hunters seeking permission to hunt highly restricted species like bighorn sheep, Balfourd said, can wait “a lifetime” to win the state wildlife management lottery. “A lot of hunters are playing in that system,” he said. “Governor’s tags are one way to circumvent that process, if you will, and that rubs guys the wrong way.”

Charged With A Misdemeanor

Outrage and resentment often follow when trophy tag holders gain attention. Reichert, who died in 2018, stirred scandal with a 2007 elk hunt involving a helicopter spotter that saw him convicted of lying to wildlife officers. The spotlight again found him when he shot Bullwinkle. That he killed the neighborhood elk in a hayfield closed to hunting prompted Kittitas County prosecutors to charge him with a misdemeanor violation of state hunting regulations; the charge was later dismissed on a technicality.

Calls poured in to game managers in the days after the shooting. One of those callers was Chris Keller, a hunter who lives in Cle Elum, Washington. It didn’t seem right to him that Reichert, who had a second exclusive tag and was preparing to shoot another elk, had bought permission to shoot two trophy bulls during a single season. Reflecting recently on that contentious season, Keller suggested that Reichert’s mistake, beyond violating state hunting rules, was flaunting his special status.

Bullwinkle could often be found in the scrubby hills northeast of Ellensburg, Keller said. Had Reichert killed the elk there, the wider public would’ve remained unaware of his hunt and the system of exclusive, expensive permits that made it possible. “It was bad PR,” Keller said. “That bull didn’t just live out on the farmer’s field year-round. He had a huge herd of cows up in the hills, on public lands.

“If it had happened up in the hills, no one would’ve cared.”

Levi Pulkkinen is a Seattle-based journalist specializing in law and justice issues in the Pacific Northwest. Email High Country News at [email protected] or submit a letter to the editor. 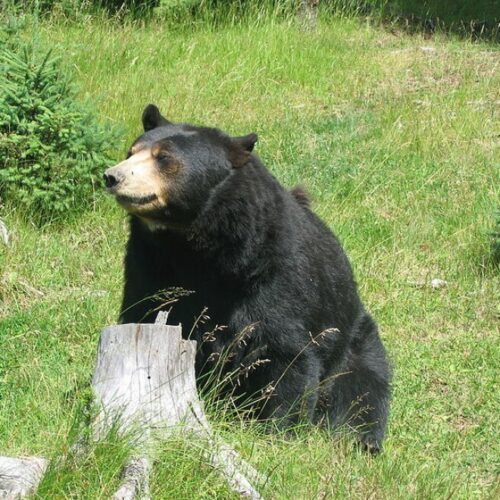 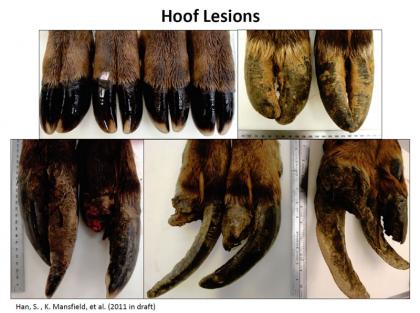