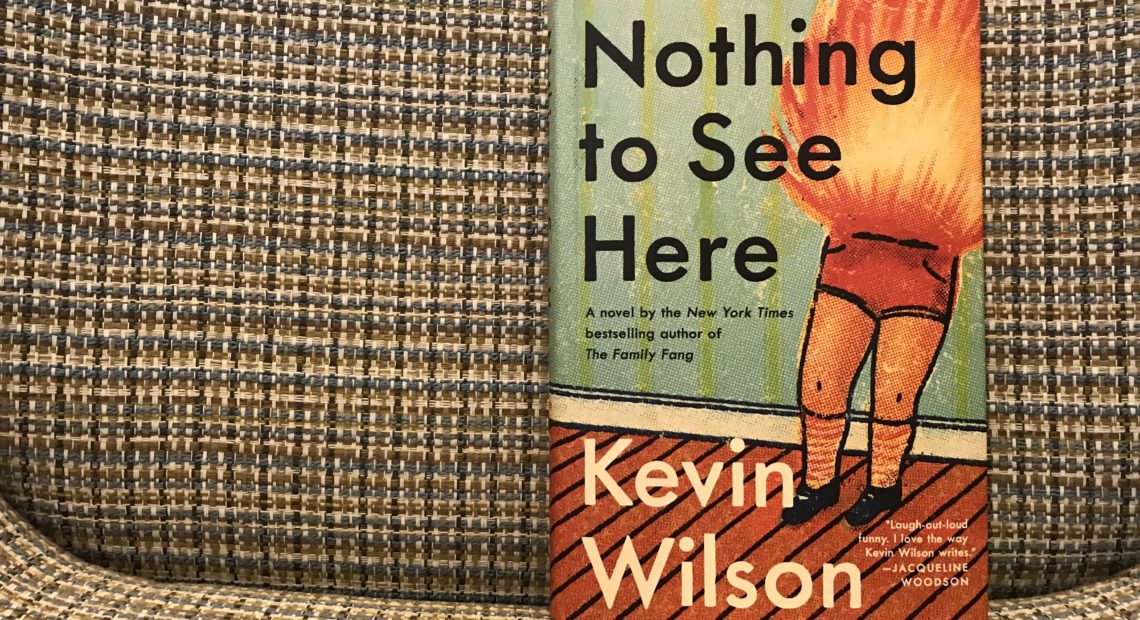 BOOK REVIEW: Kevin Wilson Is On Fire In ‘Nothing To See Here’

Temper tantrums and meltdowns. They’re a bane of parenting. Often at the most inconvenient moment possible, your kid — tired, hungry, beyond reason — just loses it. And it’s your job to keep your cool and calm them down. After all, you’re the grownup.

Well, here’s cold comfort: It could be worse. In Kevin Wilson’s third novel, Nothing to See Here, kids spontaneously combust — literally — when angered or upset. Their flareups don’t cause injury to themselves, but they can be seriously damaging to people and property in their vicinity. Not to mention alarming. (Sometimes, five alarm.) But also, the way Wilson plays it, a form of self-defense that’s funny and even eerily beautiful.

The kids in question, 10-year-old twins Bessie and Roland Roberts, have reason to be angry and upset: At five, they were pushed, with their mother, out of their senatorial father’s ancestral 19th century Tennessee mansion when he found a new wife, Madison — young, beautiful, shrewd, and a definite political asset. Now, a few months after the sudden death of their mother, the twins need to be kept safe and under the radar so they don’t damage their father’s political prospects. 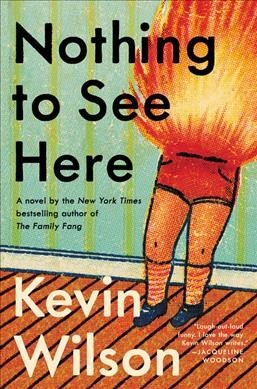 Nothing to See Here
by Kevin Wilson

More than that, of course, they need love and stability. No chance of them getting it from their father or stepmother, but Madison has an idea: Hire her former best friend from boarding school, a scholarship student who left under a cloud and whose life, she knows, has gone nowhere good.

Nothing to See Here is narrated by this unlikely governess, 28-year-old Lillian Breaker, the kind of person who would have trouble taking care of a cactus. But she’s an appealingly forthright oddball, part insecure waif, part foul-mouthed basketball-playing tough, part Julie Andrews as Maria von Trapp. A once promising straight-A student, Lillian is so burned by her emotionally and financially impoverished life with an uncaring single mother, she’s up for any change and challenge. And she’s not afraid of two little fireballs. In fact, she can all too easily identify with the twins’ deprivations.

So just like that, Lillian moves with them into a newly renovated guesthouse on the Roberts’ estate. The cottage has been decorated in forcefully cheerful colors and amply stocked with children’s books, toys, and junk food, but we learn in a hilarious slip that it was the plantation’s former slave quarters. The trio settle into a determinedly normal summer routine of deep calming breaths, hours in the pool, bedtime stories, and lessons to fill in the considerable gaps of their spotty home-schooling.

Wilson, whose novel is dedicated to fellow Tennesseean writer Ann Patchett, shares her interest in quirky, constructed families and the power of compassion, though his humor and predilection for the bizarre are darker. Typical is Lillian’s throwaway comment en route to her new gig: “the radio playing easy listening made me want to slip into a hot bath and dream about killing everyone I knew.”

Many of Lillian’s barbed digs are about the sort of extreme wealth that enables people to buy their way out of trouble and “normalize just about anything” — including an impolitic divorce, two children with a spectacularly dangerous affliction, a high school drug bust, and strategically-timed, dirty elbow jabs on the basketball court. During her brief tenure at boarding school, Lillian felt invisible because her rich classmates’ “eyeballs had been trained since birth to recognize importance. I wasn’t that.”

In a book about damaged kids who literally burn with anger, it’s ironic that I had a harder time swallowing Lillian’s abiding loyalty to conniving, controlling Madison. But swirling around this dubious friendship, there’s still plenty to entertain, including raucous scenes of knockdown fights that end in blood and flames. A creepy former private investigator-turned-personal assistant, flame-retardant goop purportedly used by movie stuntmen, and lists of famous Tennesseeans add to the fun — including Dolly Parton and several failed presidential candidates Lillian throws in her arrogant boss’ face. And how perfect that when Jasper spouts campaign platitudes about family values, his neglected children smolder.

But it’s the sweetness of this novel that will melt you, even when it ventures dangerously close to flaming schmaltz, and despite its somewhat predictable (but still satisfying) ending. Lillian, hoping to “hypnotize them with my own weirdness,” blindly feels her way. As she wins her charges’ trust with her unruffled dependability, she finds herself feeling things and opening up in ways she hadn’t expected. When she teaches them to dribble and shoot baskets on Madison’s private court, she writes, “I felt like a coach in an inspirational movie,” and it occurs to her, “Maybe raising children was just giving them the things you loved most in the world and hoping that they loved them, too.”

This isn’t the first time Wilson has written about oddball families. The Family Fang (2011), his wacky first novel, was about the adult children of two outlandish performance artists. One of the points he makes in this new charmer is that, actually, most parents are outlandish — and when you think about it, none are perfect. Parenting is challenging and inexact and involves plenty of mess-ups and missed shots. But steady, unwavering love — well, that’s a slam dunk.