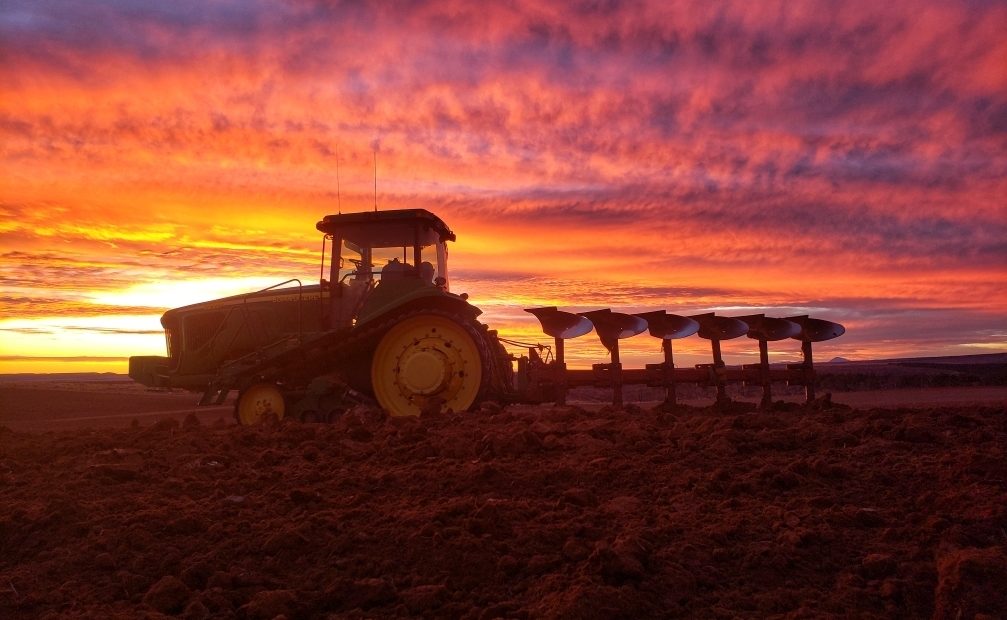 Farm Bankruptcies On The Rise Nationally, Most Pronounced For Northwest Families

The number of family farms seeking bankruptcy protection grew 24% over the last year, according to an American Farm Bureau Federation analysis of recent federal court data.

The analysis found family farm bankruptcies are rising fastest in the Northwest.

“We’ve seen low crop prices, low livestock prices for a number of years now,” said chief economist John Newton. “On the back, now, of that we have the trade war where agriculture’s been unfairly retaliated against.”

Newton monitors Chapter 12 bankruptcy filings as one measure of health for the farm economy. Chapter 12 is a kind of bankruptcy protection meant to help family farmers reorganize and keep farming.

Nationwide, 580 family farms filed for bankruptcy in the 12-month period ending in September 2019. Newton considers that a sign of poor health. 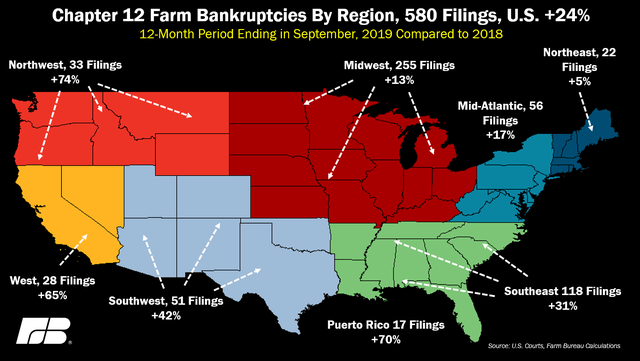 “While it’s nowhere near the historical highs we saw in the ‘80s, it’s an alarming trend that continues to get worse,” he said.

Newton said farmers are also assuming record debt and taking longer to pay it back.

“I’m getting calls from farmers across the country that may not be at Chapter 12 bankruptcy point, but they’re very close to it,” he said.

Thirty-three farms in the Northwest filed for Chapter 12 protection over the time period measured. Most of them were in Idaho and Montana, but the figure includes Oregon apple farmers struck by tariffs in their major export markets.

The 33 Northwest bankruptcies represent a 74% increase over the previous year, according to the American Farm Bureau’s analysis. The size of the increase appears large in part because the Northwest previously had fewer bankruptcy filings than some other regions, such as the Midwest.

Because of the new bankruptcy rules, more farms could seek protection in the months ahead.

A tractor and sprayer work a stubble field spraying Roundup. Killing volunteer wheat and cheatgrass will help save moisture in the soil for next year’s… Continue Reading Northwest Farmers Sign On The Dotted Line For Rising Costs, And An Uncertain Future