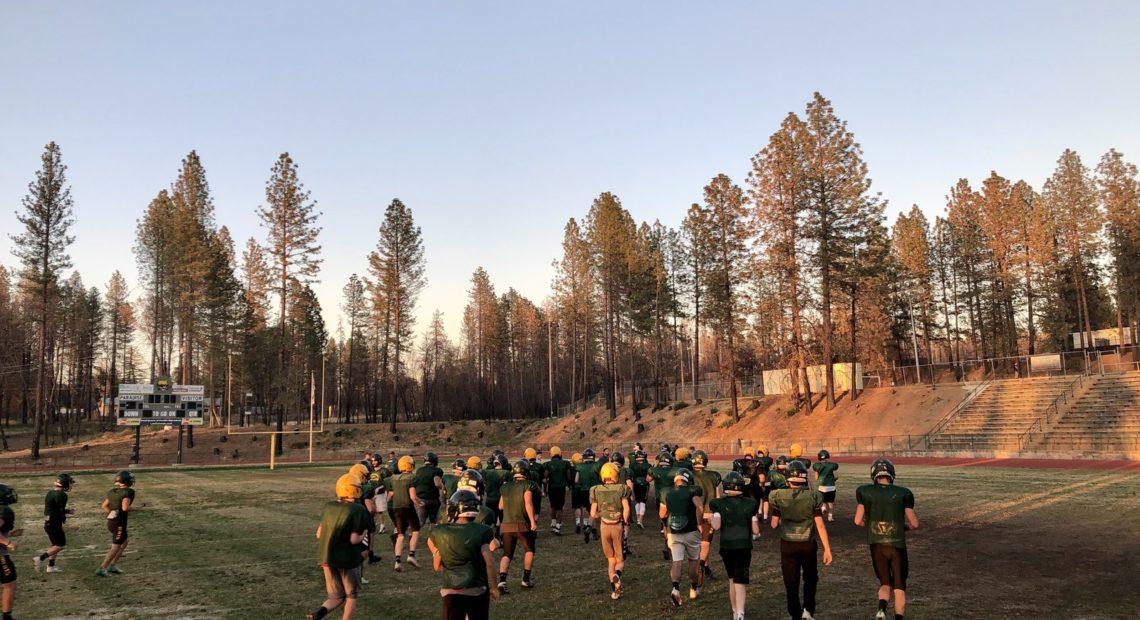 A year after one of the country’s most destructive wildfires ravaged Paradise, Calif., just 3,000 people have returned full time to a town that was once home to 27,000 . Many are commuting to school in Paradise from surrounding cities and towns, including almost all of the town’s high school football team, the Bobcats. The team is undefeated, and is about to find out if they are making it to the playoffs.

“The field itself is the most thing that’s felt like home since the fire,” says senior Kasten Ortiz, who plays right tackle on the offense. “The burnt stumps… some of the buildings that haven’t been cleaned up yet. You see just flat lots in town. But I think when we step foot on this field and we see the green grass, we see each other padded up, it feels right at home. And, you know, we feel like a family out here.”

The wildfire, which killed 85 people, also damaged part of the high school. It obliterated half a dozen portable classrooms, but stopped at the football field’s edge, sparing it and surrounding sports buildings.

After the fire, the Bobcats vowed to make a championship run. And at 10-0, they have delivered — and are likely headed to the playoffs.

The team averages more than 400 rushing yards a game — they’re third in the state and ninth nationally in rushing. Credit, in part, goes to head coach Rick Prinz’s version of the Wing-T offense, a formation that’s all about deceiving the opponent and bowling them over. Senior running back Lucas Hartley has almost 1,200 yards, and sophomore Tyler Harrison leads them team with 1,837 yards. 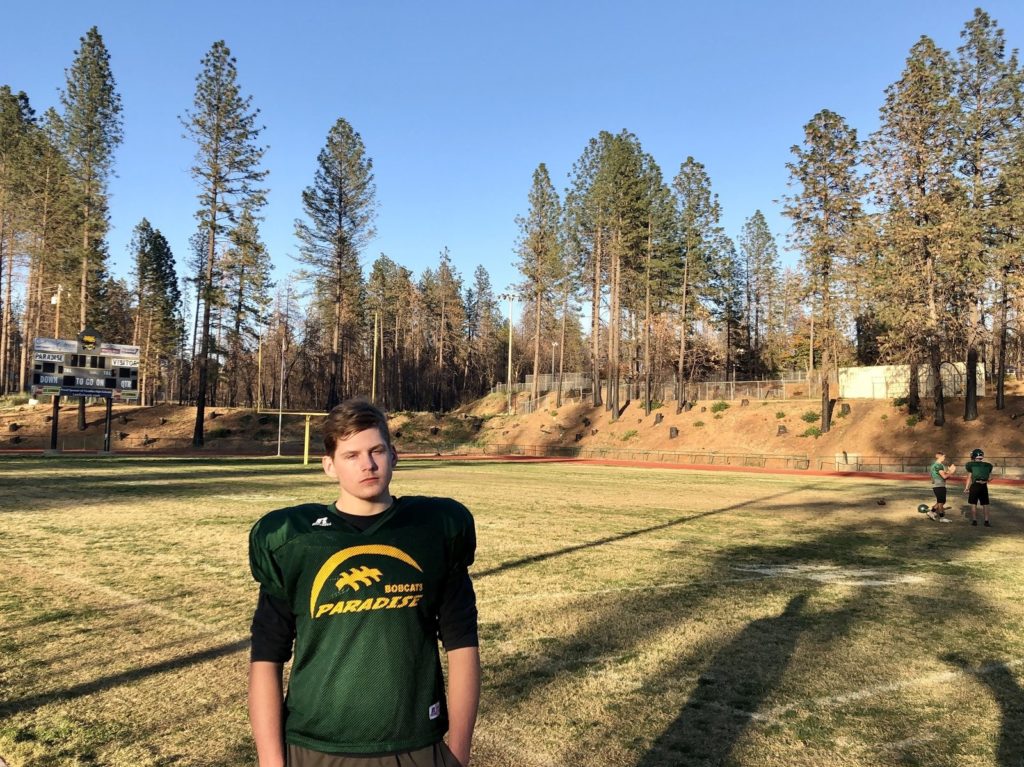 This season — Prinz’s 21st with the team — almost didn’t happen. He says just 22 students showed up for summer training in a donated warehouse in nearby Chico, where they gathered in a patch of gravel.

“We didn’t even have a football,” Prinz says. “So we said, ‘Oh I think Danny, our quarterback has one.’ So he went, got it out of his trunk and started running plays with the kids and had no idea where we were going from there. But we were also kind of distraught and kind of still in shock and just wanted to move forward and do something for the kids.”

Some students have struggled in school and with attendance in the aftermath of the fire, he says. Many are scattered across the Sierra foothills, and only three on the varsity team currently live in Paradise. The rest commute, some up to 90 minutes.

While one great football season won’t rebuild the town, Ortiz says he is happy it has given the community a boost.

“They start to feel that passion that we feel for the game simply because we represent them,” Ortiz says. “And I think that gives them a sense of pride. And it helps inspire people to just give a little extra, I think, in a day.” 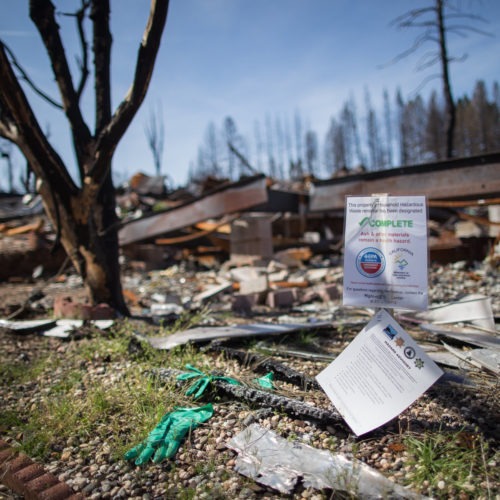 After the 2018 Camp Fire, scientists detected dangerous levels of cancer-causing benzenes from burned plastics in some water lines. Recent tests show the problem has not gone away. Chronic exposure to benzenes can heighten the risk of blood cancers such as leukemia. Continue Reading Trouble In Paradise: Water Uncertainty Frustrates Victims Of California’s Devastating 2018 Wildfire 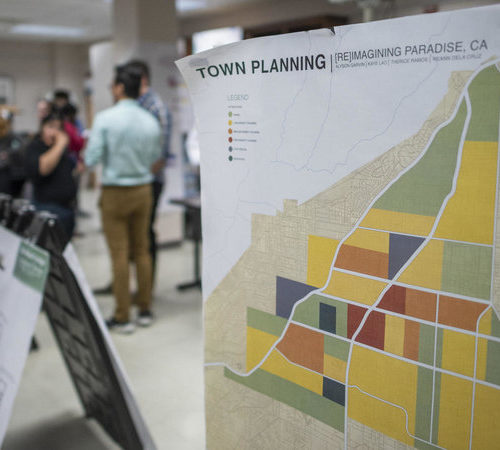 Last fall’s deadly Camp Fire has brought renewed questions about whether towns in high-risk areas like Paradise, Calif., should even be rebuilt. Continue Reading ‘Reimagining Paradise’ — Making Plans To Rebuild A Town Destroyed By Wildfire