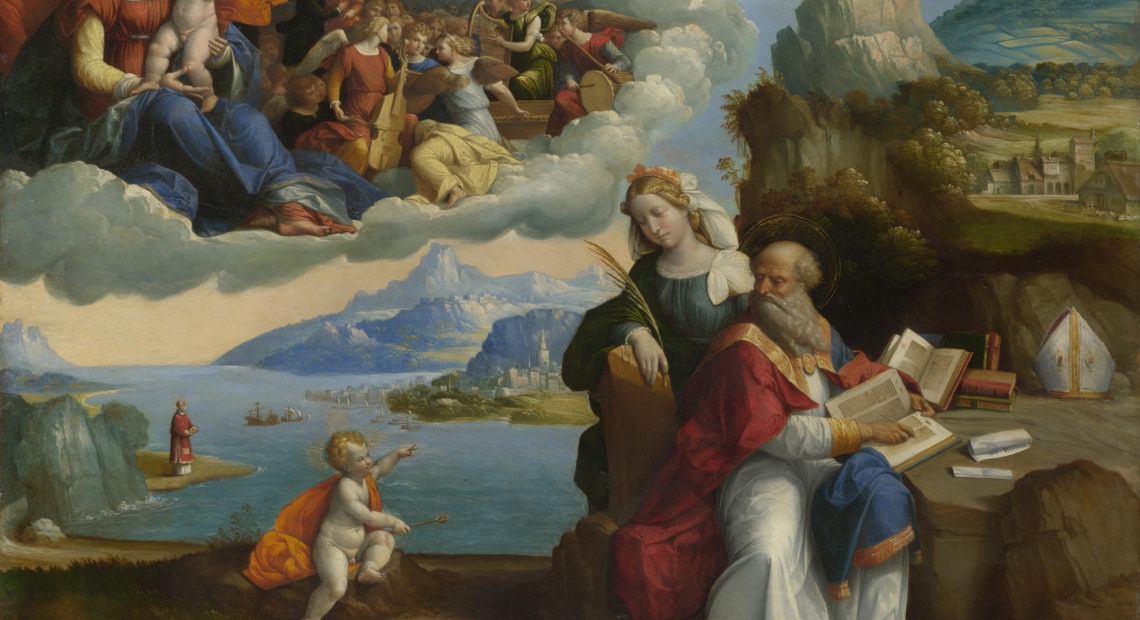 Most people living in Western, developed countries are psychologically distinct from the rest of the world.

For one, they tend to be more individualistic and think of themselves as being independent of other people.

“There is a stronger sense of autonomy and agency,” says Ara Norenzayan, a psychologist at the University of British Columbia, who, in 2010, along with some colleagues published a study describing these psychological attributes of people in so-called Western Educated Industrialized Rich Democratic (WEIRD) countries. 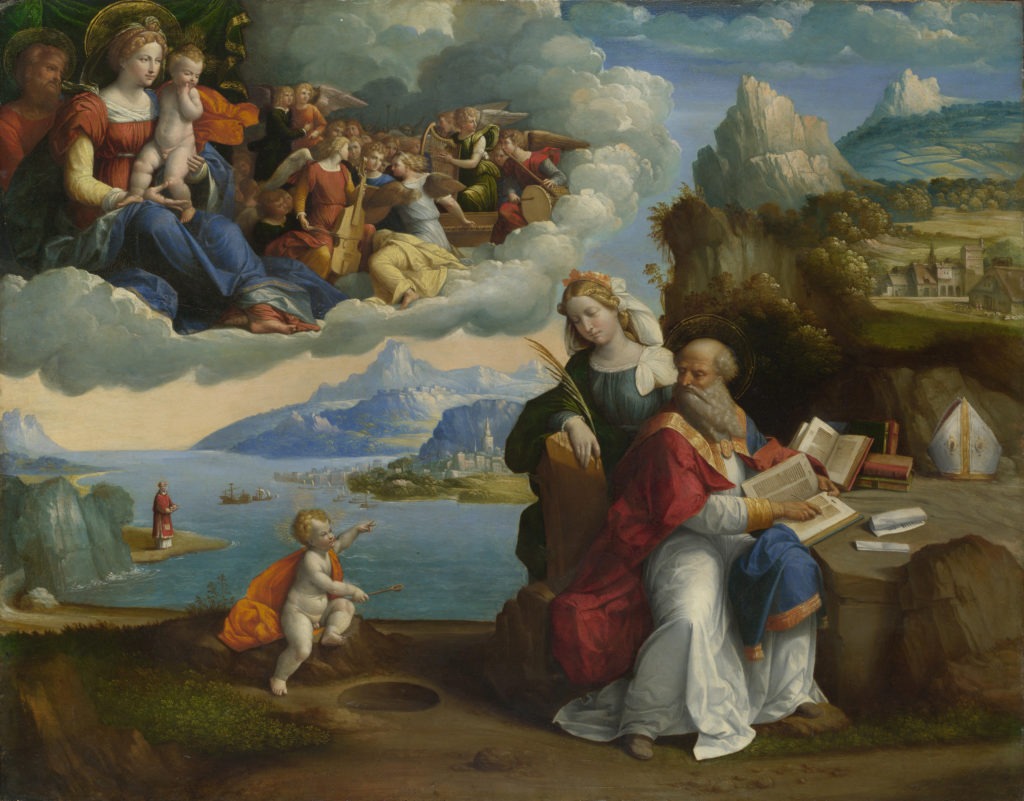 Augustine of Hippo was among those in the Catholic Church who championed its eventual rejection of intrafamily marriages, which researchers say may have paved the way for a breakdown of extended family networks in Western Europe.
CREDIT: Fine Art Images/Heritage Images/Getty Images

On the other hand, people in other parts of the world tend to be more “collectivistic,” says Norenzayan, because their lives are embedded in extended family networks and obligations. They “are more embedded in relationships,” he says. “People see themselves as being part of this larger context.”

So how did people in the West come to be so different?

A new study published Thursday in Science suggests it all began in the Middle Ages, when the Catholic Church pushed a way of life that broke up extended family networks and paved the way for nuclear families, weaker family ties and a more individualistic mindset.

The researchers looked up records in the Vatican’s archives and found that, starting in the early Middle Ages — around A.D. 500 — the church began to advance a set of policies that banned people from marrying anyone within their extended families.

At the time, marriages within extended families were common in Europe, says Joseph Henrich, a human evolutionary biologist at Harvard University and an author of the new study. In this and other aspects, European society was very much like other parts of the world, he adds.

Most people lived in extended families. “There are clans, things called kindreds, which are like large houses, large extended families interconnected by marriage,” says Henrich, and people frequently married their cousins and other relatives. The rules of whom one could or should marry were dictated by different religions and local customs.

Even a person’s legal identity was associated with their family, he says. “So there’s no individual rights or anything like that.”

Marriage within extended families helped keep wealth and property within the family, and the family networks were also people’s safety net. “So your main fallback when shocks hit — say you got injured, or drought hit, or something — you’re going to fall back on this network of kin relationships to take care of you,” says Henrich.

That also meant people had obligations toward others in their extended families. “You have responsibilities to your various relatives,” says Henrich. “[In] some societies, you might have to bury your brother-in-law, or you might have to avenge the deaths of certain cousins if they’re killed or murdered.”

“They begin to make inroads, converting people, ministering to the people, teaching people about God,” he says. “But part of this is that God wants you not to marry your first cousins, and not to have additional wives, and you know, have a certain kind of family structure.”

In other words, the church began to ban incest and cousin marriage and promote smaller, nuclear families.

In the new study, Henrich and his colleagues show that the places in Western Europe that were under the influence of the Catholic Church were more likely to have lower rates of cousin marriages and weaker ties to extended families.

And people in these places also had the psychological characteristics typical to WEIRD countries, like individualism, independence, lower levels of conformity to others and a higher level of trust of strangers (as opposed to trusting those within one’s own community).

Places that were under the influence of the Catholic Church for a longer period of time had a higher likelihood of having this psychological profile.

This impact on the social structure and psychology showed up even within individual countries. For example, when the researchers looked at northern and southern Italy, they found that the northern region, where the Catholic Church has had a stronger and longer hold, was more WEIRD in its psychology than the south, which has been under the Orthodox Church and part of the Islamic society.

The researchers also looked at potential confounding factors like income levels and wealth, the history of a country, its ecology and the kind of agriculture practiced there. No other factor besides the Catholic Church’s influence was associated with the social structures and psychology of WEIRD countries.

So how exactly did the Catholic Church’s policies pave the way for people’s psychology today?

Henrich and his team think it all goes back to the breaking off of extended family networks, and the values and family obligations that went with them.

He and his team looked at the records in the Vatican’s archives and found that over the centuries, the Church kept widening the circle of relatives that one wasn’t allowed to marry. “By early second millennium, they’ve extended it out to sixth cousins,” he says.

The bans didn’t just include blood relatives — they also included relatives by marriage and spiritual relatives, he adds. There are also bans on adoption and remarriage.

“If you eliminate adoption and remarriage, you prevent lineages from getting heirs and lineages literally die out,” he says.

The researchers don’t know the precise motivations behind these bans, but they think the limitations had a dramatic impact on how society was organized.

That restructuring of societies in Western Europe in turn also benefited the church, notes Henrich.

“In some sense, the church is killing off clans, and they’re often getting the lands in wealth,” he says. “So this is enriching the church. Meanwhile, Europeans are broken down into monogamous, nuclear families and they can’t re-create the complex kinship structures that we [still] see elsewhere in the world.”

“This is the first comprehensive attempt that I can see where the authors try to explain why is it that Westerners are so unusual or why they’re the outliers?” says Norenzayan, who worked with Henrich on the 2010 study, but wasn’t involved in the new one.

The study is “incredible in scope and very novel to link specific practices in the church with psychology centuries later,” said University of Maryland psychologist Michele Gelfand in an email. Gelfand, who studies cultural norms and diversity, was not involved in the new study.

Despite the strong evidence of association between the Catholic Church’s marriage bans and WEIRD psychology, she thinks future studies need to illustrate exactly how these policies paved the way for this kind of psychology.

And there are likely other factors at play, too, she adds.

“It’s not the only practice that has an impact on WEIRD psychology,” she wrote, “so we need to also compare its relative impact to other ecological, historical and sociopolitical variables. There are a lot of open questions.”

One question pertains to the fact that the Catholic Church’s influence in Europe has declined in the past century, says Norenzayan. “How do you still get these repercussions, when the institution itself is taking more of a backseat?”