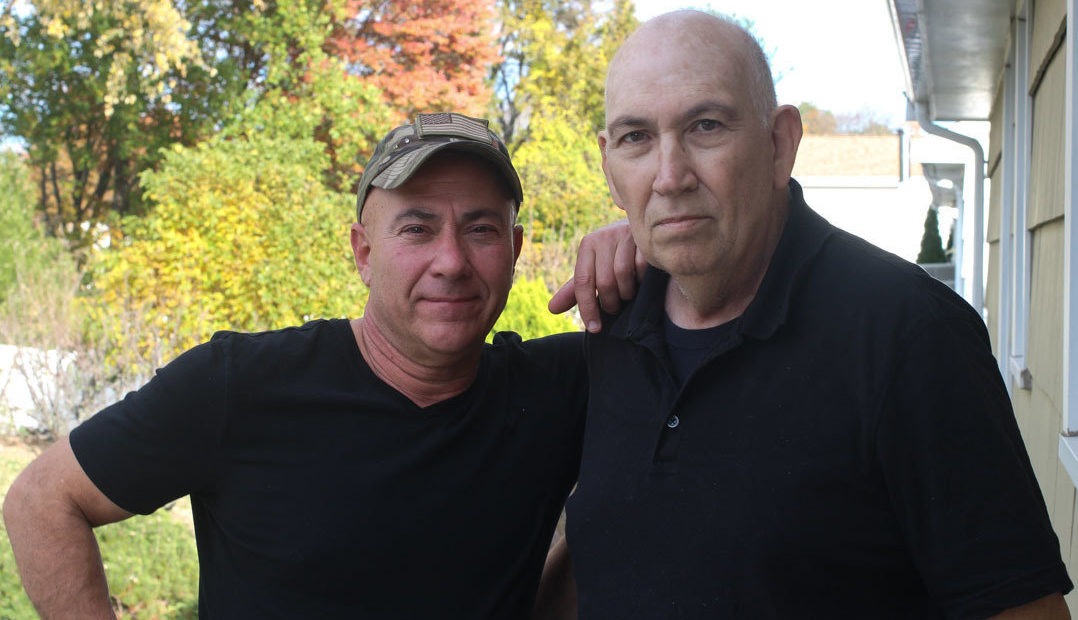 Ever since he was a child, Michael Menta looked up to his uncle Sal Leone for becoming a Marine. Menta would eventually follow in Leone’s footsteps to serve his country, enlisting in the Navy during his senior year of high school.

Their shared veteranship brought them closer.

“We spoke the same language,” Menta said, when he and Leone visited StoryCorps last month.

“You know, nobody knows that they have cigarettes in a C-Ration. Or Chiclet[s] gums in an MRE with a roll of toilet paper,” Menta said, recalling the ingredients once included in the packaged meals that are dispensed to military troops. 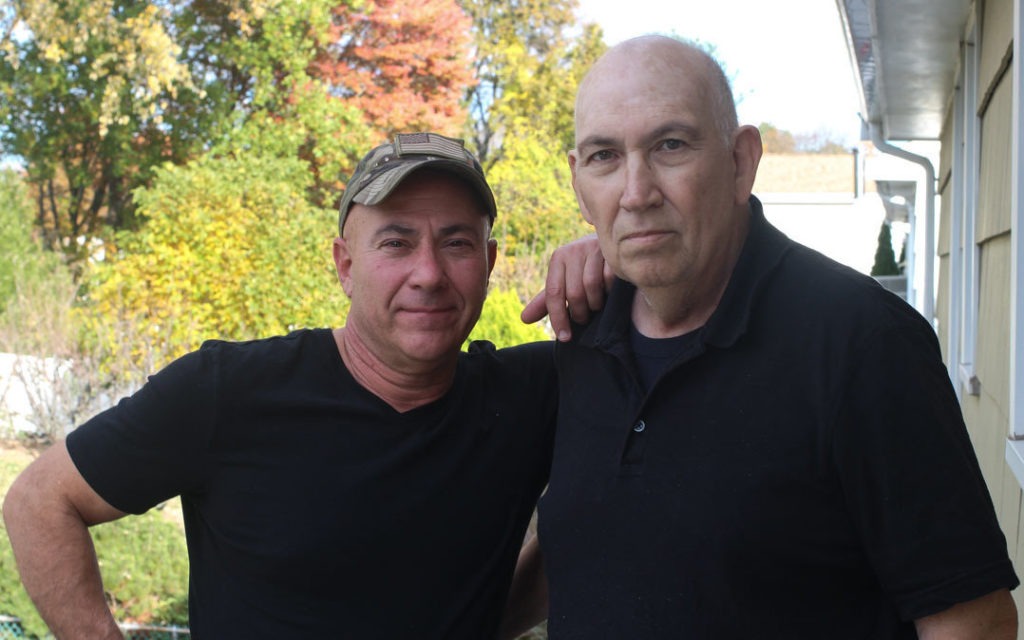 But earlier this year, Menta found himself at his uncle’s bedside at a VA hospital in Florida. Leone was gravely ill from cancer. He was admitted for about two months and has since returned home to be with family in Connecticut.

Menta, now 58, says that taking care of his sick uncle was bigger than a sense of familial duty. It was also his duty as a soldier.

Leone, 66, suffers from preleukemia, also known as Myelodysplastic syndrome. He was diagnosed by the VA hospital, approximately one year ago. He says he has received multiple letters from the military indicating he was at risk of exposure to contamination from toxic water while a Marine at Camp LeJeune, Jacksonville, N.C. from 1972 to 1976.

He says he’d been pretty active at the time he found out he was ill.

“I was out in the backyard, cleaning a roof,” Leone said. “And then all of a sudden I started getting dizzy. I thought I had a cold.”

For roughly 30 years, beginning in the 1950s, service members at Camp Lejeune risked exposure to contaminated drinking water. The military has acknowledged leukemia among the eight diseases that have been found connected to the contaminated water. Leone has been granted 100% disability claim by the VA, based on his time at Camp LeJeune and his diagnosis.

“As soon as I found out about that letter that the Marine Corps sent you about the potential exposure you had to contaminated water, I basically dragged you to the VA,” Menta told Leone.

Leone says the chemotherapy treatment he received “really destroyed me.”

Still, when Menta visited an ill Leone in a Florida hospital this past August, he teased Leone like the older brother Menta considered him to be.

“When I first got down to Florida, and I saw you in the bed, I probably told you how ugly you looked,” he said.

Menta remembers how Leone wasn’t seeing any results from his treatment.

“They said, not much more we can do for you, and then they asked you what do you want to do,” Menta said. “And you said, ‘I want to go back to Connecticut.’ ”

Leone is grateful to his nephew for taking him that night on what turned out to be a three-day drive home.

“You came in just in the nick of time like a knight in shining armor,” he said.

For Menta, getting Leone home wasn’t just a personal matter.

“I felt I was not only helping you as my uncle, but I felt I was helping a fellow soldier,” he said. “That was my mission: to get you home, dead or alive.”

“You scared me a couple times,” Menta said. “I had to nudge you to see if you were breathing.”

Leone is doing better now, but his disease isn’t gone. He’s just happy to be alive.

“As far as dying, I never think about it,” Leone said. “I look at one day at a time. And all I gotta do is get through the next night, I’m still alive, it’s a great day.”

“You got a ‘Save The Date’ with the Grim Reaper, and you’re still upbeat, having fun,” he told Leone. “You were a good Marine, you still are a good Marine.”

Leone himself is “intensely proud to have served,” he said.