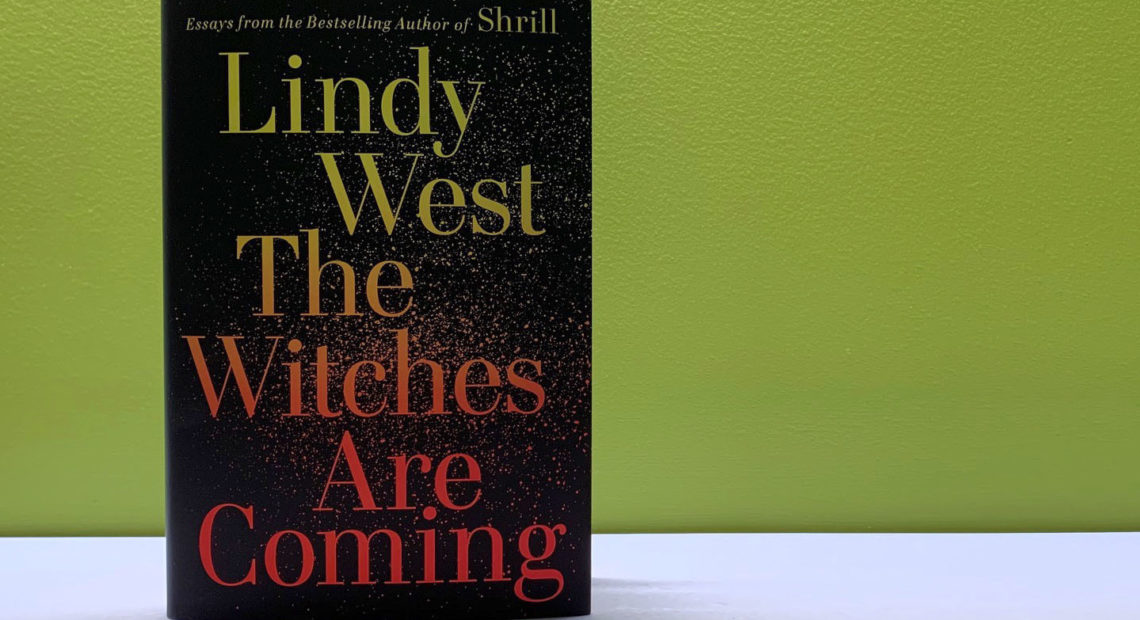 Lindy West: ‘The Witches Are Coming’ — And They Are Rightfully Angry

Lindy West says it’s really not fair to expect teenagers to inspire us. “They should just get to be kids, but unfortunately that’s not the world that we have dropped them into,” West says. “We did a bad job, and they have to shoulder a lot of fear and a lot of anxiety about the future.” 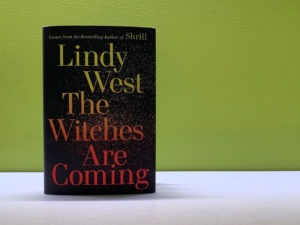 The Witches Are Coming
by Lindy West
Hardcover, 272 pages

West didn’t call herself a feminist until she was 20. “It took me two decades to become brave enough to be angry,” she writes in her new book The Witches Are Coming. But West is stepmom to two girls, ages 16 and 18, who embrace their feminism. The stigma against “angry” women still exists, of course, “but they’re certainly not afraid of it,” West says, “and they find a really empowering defiance in it.”

West’s 2016 memoir, Shrill: Notes from a Loud Woman, was adapted into a comedy series on Hulu which premiered earlier this spring. Now, in her new book, she explores misogyny, the #MeToo movement and what it’s like to grow up female in America.

“For a long time, a certain set of men have called women like me ‘witches’ to silence and discredit us,” West explains. This book, she says, aims “to reclaim” that term.

“Feminism is the collective manifestation of female anger,” she writes. “Men suppress our anger for a reason. Let’s prove them right.”

On the stigmatization of female anger

We socialize girls to be nice, and compliant, and to be caregivers. … Women’s anger is stigmatized; it’s caricatured. Look at how many doctored photos of Hillary Clinton or Michelle Obama looking like a demon there are out there on the Internet. People respond very, very negatively to women’s anger, and there are a lot of negative consequences for showing your anger.

On standing up to online harassment

I’ve had my home address posted online, I’ve had my phone number posted online, and my email address, probably my Social Security number. … If I were to let those people scare me away or shut me up, then they win, and what’s the utility in that? I don’t want that. I want to win.

But I stayed off Twitter because it is nicer to not be there. I was very, very good at dealing with trolls, at weathering abuse. I was incredibly good at it. But boy, is it nice to not have to. It’s just such a weight off my chest.

I mean, it’s possible that this is having some detrimental effect on my career. I don’t know how to quantify that because I can’t. But I know that for my brain and my heart, it is so much better.

What I mean by “Always Meet Your Heroes” is that I think it’s a responsibility to pay attention to, and think critically about, where you’re putting your money, and whose work you’re supporting, and what sort of influence they have on the world at large — because I do think that that has ripple effects.

It’s important as consumers and as … conscious, responsible people living in the world to pay attention to that stuff and to know who your heroes are. And that’s kind of what #MeToo has been about. … It’s about a sort of collective cultural shift where we sort of define our boundaries and our values together, and then we all make individual choices within that.

On not offering a “roadmap to redemption” for #MeToo offenders

Anytime there’s any sort of consequence for someone who has done something bad, within five seconds, there’s this sort of outpouring of concern for that person: “How are they going to come back?” “How are they going to get their career back?” And, “Oh, they’ve lost so much and it’s not fair.” And “You have to give a person a roadmap to redemption.”

Mariya Amrayeva, Denise Couture and Vince Pearson produced and edited this interview for broadcast. Beth Novey adapted it for the Web.