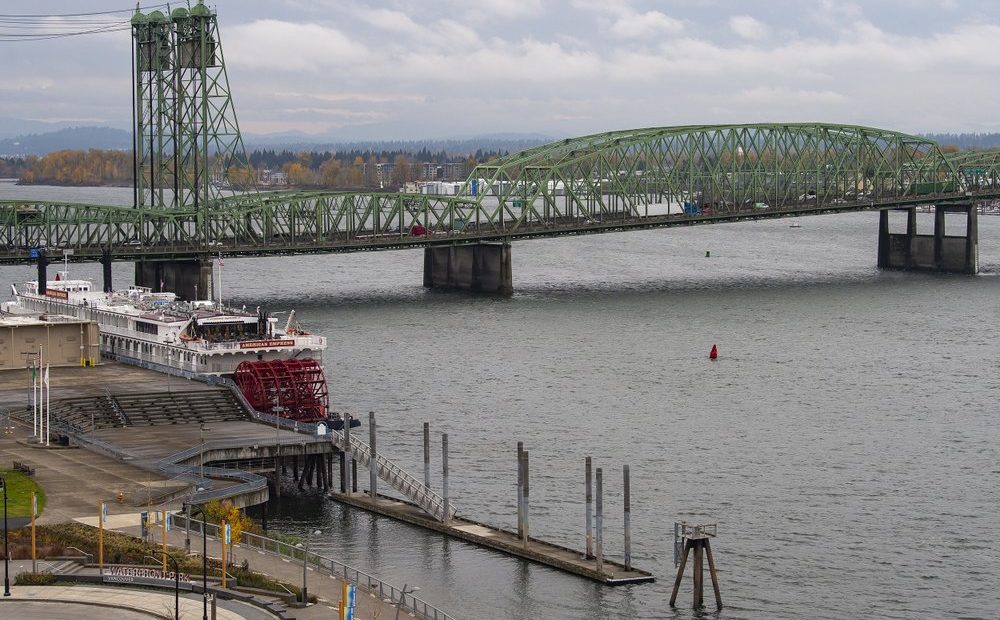 The governors of Oregon and Washington joined forces Monday to show a unified commitment to replacing the Interstate 5 bridge.

Democratic Govs. Kate Brown, of Oregon, and Jay Inslee, of Washington, met in Vancouver to announce the first formal steps to develop a finance plan and reevaluate previous studies of replacing the bridge.

They are allocating $44 million to the initial effort of what could eventually be a multibillion dollar bridge replacement project.

This is not the first time the two states have tried to work together to replace the aging and congested Interstate 5 bridge. A planning process that began in 2001 ended up costing about $200 million before the project imploded. In 2013, Washington state lawmakers walked away from a $3 billion plan to replace the bridge, known as the Columbia River Crossing. Oregon leaders tried to pass a version on their own, but the effort fizzled.

Brown said Monday that she had been waiting to formally move forward on a renewed effort until Washington had some more “skin in the game.”

One of the sticking points of the failed CRC, as it became known, was mass transit. Oregon said the project needed light rail, while residents in Clark County pushed back on the idea. A memorandum signed by the governors Monday states the project should assume “any new plan for a new bridge will include high capacity transit.” The memorandum is not binding.

Both Brown and Inslee have said they are in favor of light rail, but are open to other ideas. The $44 million they’ve set aside is to cover the cost of an office and staff, reevaluation of the remnants of the Columbia River Crossing, and possibly consultants to aid the effort, according to Brown’s office. The finance plan for the project should assume some of the costs will be covered by tolls, according to the document.

Inslee said the current bridge spanning the Columbia River is unsafe and could collapse at the smallest seismic event.

“It’s mandatory we replace this bridge,” he said. “We don’t have an option.” 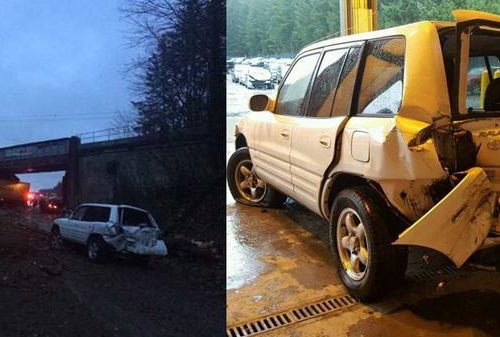 Cecelia Goetz was nearing the end of her regular Interstate 5 commute to Olympia when she passed under a railway bridge near DuPont at the very moment Amtrak Cascades train 501 derailed. She was lucky to survive. Continue Reading I-5 Driver Nearly Crushed By Derailed Amtrak Train Haunted By Memories 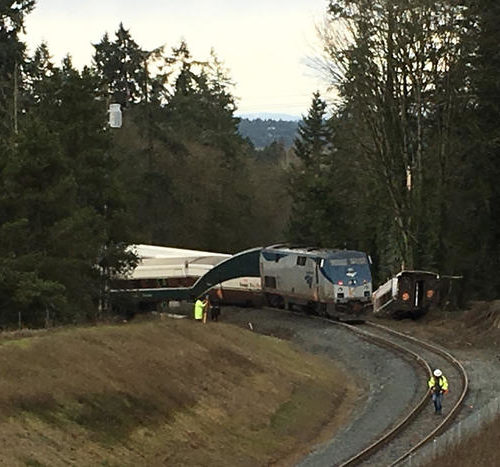 A conductor who was at the front of the Amtrak train that derailed Dec. 18, 2017, is alleging in a lawsuit that the crew received inadequate training. An injured passenger made similar claims in a separate lawsuit filed hours later. Continue Reading Conductor And Passenger From Derailed I-5 Amtrak Train Allege Inadequate Training 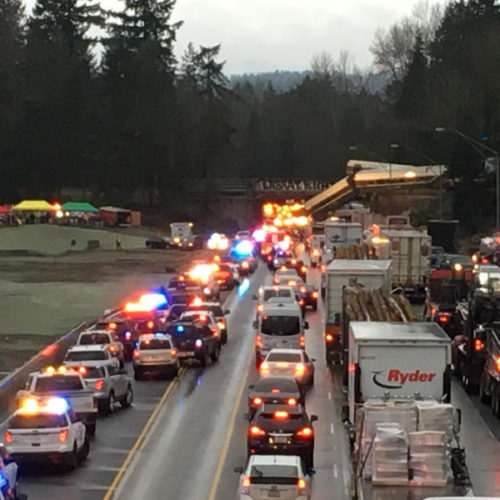 An Amtrak train on its inaugural run from Seattle to Portland derailed Monday morning, Dec. 18, 2017, sending at least one train car off an overpass and onto a busy Interstate 5 below. The derailment happened in DuPont, about 40 miles south of Seattle near Joint Base Lewis-McChord, before 8 a.m. during morning rush hour. Continue Reading UPDATES: I-5 Amtrak Train Derailment Brings Investigation, Lawsuits And Many Questions