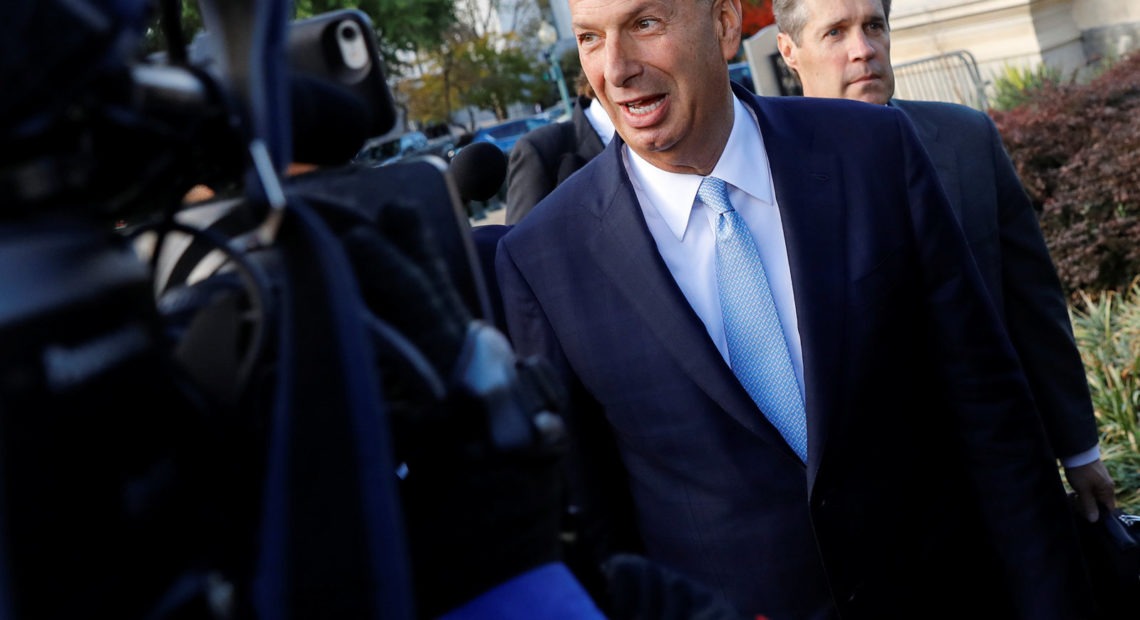 Gordon Sondland Was A Low-Profile Northwest Hotel Owner. Then He Became An Ambassador

When Gordon Sondland arrived at the Capitol last month to provide what would be pivotal testimony in the Trump impeachment inquiry, a reporter asked the U.S. ambassador to the European Union, “Are you here to salvage your reputation?”

“I don’t have a reputation to salvage,” Sondland shot back.

Until recently, Sondland, 62, had a pretty low profile outside his hometown of Portland, Ore., where he and his wife, Katy Durant, are big Republican donors and contributors to numerous arts and civic organizations. 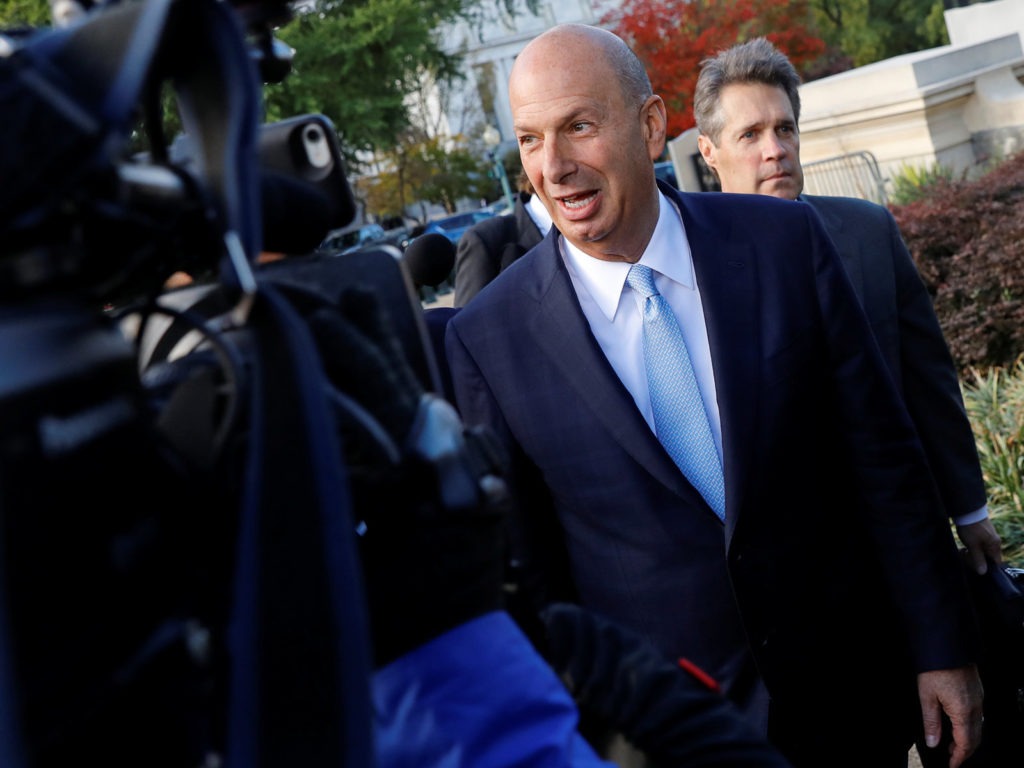 Hotel owner Gordon Sondland, who is scheduled to testify before Congress on Wednesday, is a pivotal witness in the impeachment inquiry. CREDIT: Carlos Jasso/Reuters

Now, as Sondland prepares to testify publicly before congressional investigators Wednesday, he finds himself in the middle of a Category 5 political storm.

Congressional investigators are looking into whether President Trump withheld security assistance from Ukraine to pressure the government to say it was investigating former Vice President Joe Biden’s son Hunter, who served on the board of a Ukrainian gas company.

Sondland, who helped reach out to the Ukrainian government on Trump’s behalf, first told Congress that the president was simply interested in battling corruption. He had demanded no favors in exchange for security assistance, he claimed.

But Sondland later amended his testimony, saying the aid package was in fact contingent on an investigation into the Bidens.

A strive for prominence

The impeachment inquiry has given Sondland a notoriety he never bargained for when he became EU ambassador.

The son of Holocaust survivors, Sondland dropped out of college early and got into commercial real estate. At just 28, he bought and renovated the bankrupt Roosevelt Hotel in Seattle, where he was born.

“He sees a good property that’s kind of in the right location and makes enough of an investment in it to make it a highly desirable place to stay,” says Len Bergstein, a public affairs consultant who has worked with Sondland.

Sondland has worked hard to be seen as a civic leader and cares a lot about how he is seen, Bergstein says. When Sondland worked out a deal with local government to acquire some land for a hotel, he insisted that he be referred to as a “pillar of the community” in the press release the city put out, Bergstein says.

“He was in many ways exercising his political muscles to try and up his profile, to take him from a kind of a noted and successful businessperson in a relatively narrow sense to much larger circles of prominence in the community,” Bergstein says.

According to Oregon Business, Sondland is a big fan of Ayn Rand, whose books promoting free market capitalism are popular with many libertarian conservatives.

But he has mainly donated to moderate Republicans like Jeb Bush and even a few Democrats, according to Sheila Krumholz, executive director of the Center for Responsive Politics.

A complicated relationship with Trump

His relationship with Trump is complicated. Sondland publicly broke with him following the then-presidential candidate’s attack on a Gold Star Muslim family. Yet Sondland also became a “bundler” for Trump, using his network of Portland political donors to help Trump get elected.

“In that election he gave nothing to Trump but he was listed as one of Trump’s bundlers in 2016, and of course being a bundler gives you more clout than just giving a single donation,” Krumholz says.

A lot of people in liberal Portland have been taken aback by Sondland’s willingness to work in the Trump administration, Bergstein says.

“It was a surprise when Gordon found Donald Trump as an acceptable candidate. That wasn’t his type of Republican that he supported,” he says.

And Sondland has already paid a price for that support.

He is sometimes confronted by demonstrators when he goes out in public. And Democratic Rep. Earl Blumenauer, who represents the Portland area, has called for a boycott of his hotels.