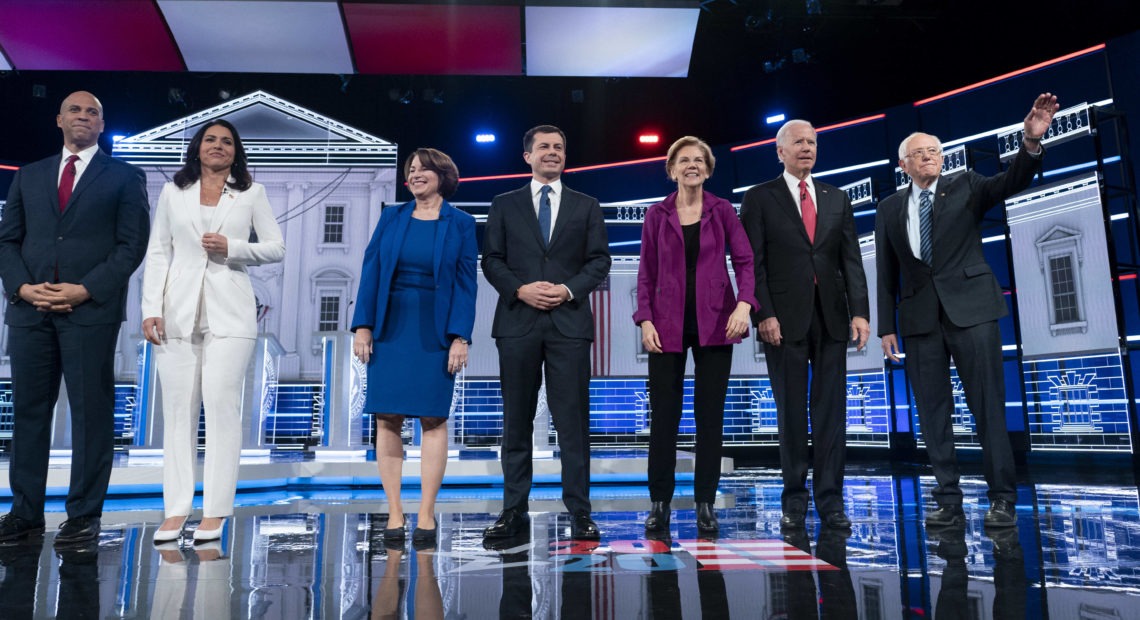 5 Takeaways From The 5th Democratic Debate

Candidates seeking the Democratic presidential nomination took to the debate stage for the fifth time Wednesday night. There weren’t any groundbreaking or game-changing moments, but here are five things that stood out:

1. Impeachment hearings may have taken some steam out of the debate

Let’s face it: The biggest story of Wednesday was not the debate, it was the impeachment testimony of Gordon Sondland, the U.S. ambassador to the European Union.

And you have to wonder if that had some effect on the energy in the debate and the willingness of the candidates to go after one other. For the first 90 minutes of the two-hour debate, it was a fairly staid affair. That changed when the subject turned to race. 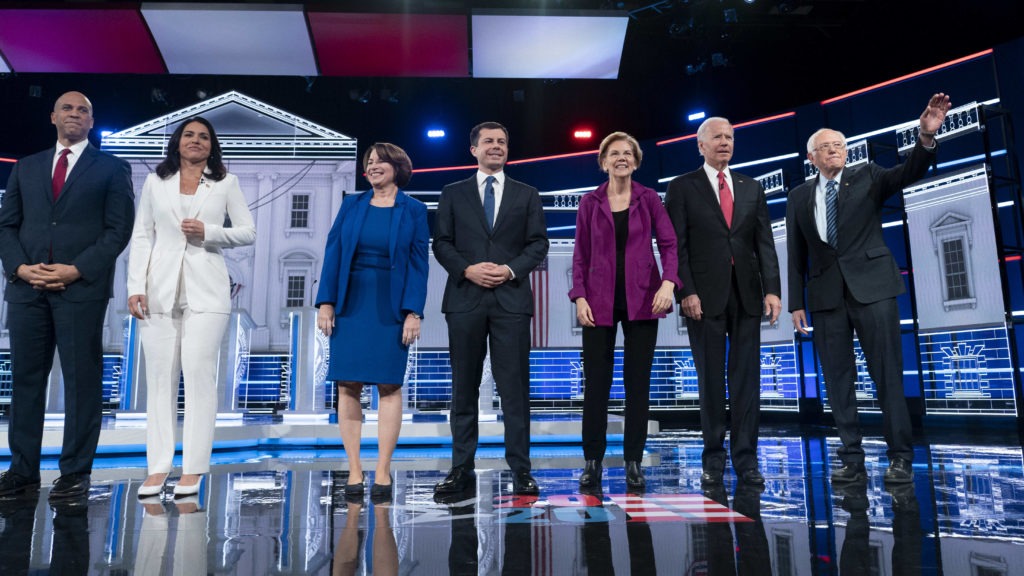 Candidates appear on stage at the start of the Democratic presidential debate at Tyler Perry Studios on Wednesday in Atlanta. CREDIT: Nicholas Kamm/AFP/Getty Images

2. Buttigieg held up to criticism

The story going into Wednesday’s debate, as far as the Democratic presidential field was concerned, was the rise of South Bend, Ind., Mayor Pete Buttigieg. Buttigieg is surging in early state polls in Iowa and New Hampshire. Could Pete take the heat? For the most part, he did.

Early on, the candidates didn’t go after him, but eventually Buttigieg had to answer questions about his record on race relations in South Bend and his depth of experience. Buttigieg was able to parry both, showing humility on race and questioning the value of “Washington experience.”

“There’s more than 100 years of Washington experience on this stage,” said Buttigieg, “and where are we right now as a country?”

Buttigieg’s biggest vulnerabilities remain twofold — (1) He’s been unable to win over African American voters so far — and it’s nearly impossible to win the Democratic nomination without them; and (2) when voters look at him — he’s 37 — do they see a president?

3. Biden stumbles — again — but will it matter?

And he said he had the support of “the only African American woman that had ever been elected to the United States Senate.” Biden meant first, not only, but it was awkward, considering a black female senator was on that stage running against him for the nomination, Kamala Harris, who interrupted to say, “The other one is here.”

Biden also stammered his way through other answers, but he has remained remarkably steady in the polls, especially with black voters and older voters.

There is a segment of the Democratic Party that has a deep affection for Biden, his life and experience — and some voters resent the way some of the other candidates go after him.

New Jersey Sen. Cory Booker made the most of the opportunities he got Wednesday night. And he had to, because he has not yet qualified for the December debate.

Booker came out swinging against Sen. Elizabeth Warren’s proposed wealth tax, arguing Democrats should be talking about “how to give more people opportunities to create wealth, to grow businesses, to have their American dream.”

Klobuchar also didn’t pass up opportunities to jump in, and she made her points cogently. She took on Buttigieg on the issue of experience. “I have won statewide,” Klobuchar said to him, adding that while she had “appreciation for your good work as a local official … I think experience should matter.”

It makes sense that voting rights was discussed given where the debate was taking place, in Atlanta, after Georgia’s bitter and contentious 2018 governor’s race. And, as Vox notes, “It took a debate with all-female moderators to ask Democrats about paid family leave.”